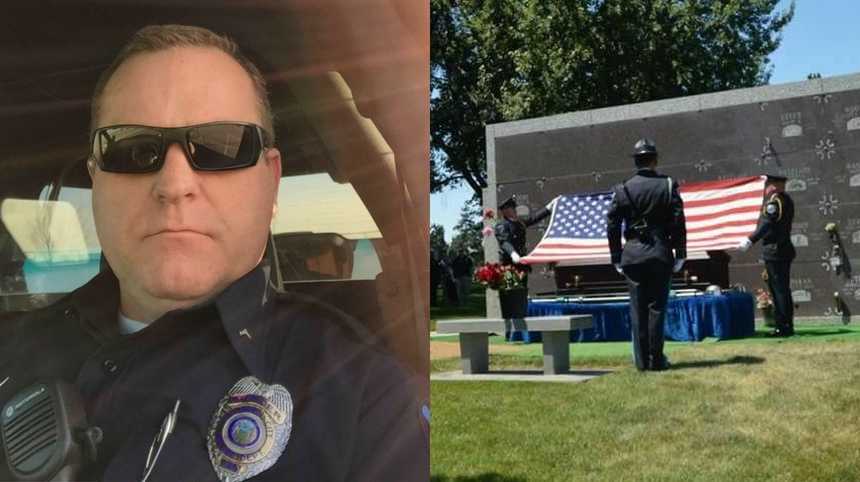 I have sat here watching the cursor blink on a blank page for at least five minutes. My eyes are heavy today. My heart is sad. It’s just one of those grief days, I guess. We all know it comes in waves. I guess today is just a hard day.

Yesterday was great. I had a good night’s sleep. Plenty to eat. I am hydrated. But for some reason, I am still feeling so tired. Grief weighs a thousand pounds, and some days, it is hard to carry.

I want to tell you I don’t know why I am so down today, but I know exactly why. I just don’t know how to express it. I am doubting my ability to find the right words to tell you what I am feeling. But I am going to try. When my husband died of cancer, many people sent me well wishes. Sincere, heartfelt well wishes for he was a good man. So many people reminisced about how kind Chad was. How generous. How decent. I had always known this, so you can imagine how my heart swelled with pride knowing that other people knew it, too.

Last night, a friend of his told me that during the course of their job as police officers, Chad was the first to arrive on scene where a woman was dying after an accident. Chad was dying, too. He knew he was. The cancer was slowly eating at every part of his body, yet when he arrived on scene that day, it was not the first thing on his mind. The first thing on his mind was cradling this woman as she died. A stranger holding a stranger while she took her last breath. A stranger who was also facing certain death, putting that aside to comfort a woman he did not know. A stranger who was able to put his own crisis aside to hold her in his arms, so she would not be afraid. A stranger who whispered to her, “you are not alone.”

And, simpler than that – he fueled up his police car. On his last night at work, he was in so much pain he could not stand it anymore and he had to come home early. Customarily, the officers at his department share patrol cars, so on their last work day, they fuel and wash their cars, so it is ready for the next officer when he comes on shift. The last night Chad worked was not his last scheduled work day, but he knew he was never going back. He knew he would be taking off his vest and badge one last time, for the last time. And in his despair and his agonizing pain, he still managed to fuel and wash the car before he came home early that night, only to die three weeks later. But, like always, he did the right thing. He did the kind thing.

He’s gone now but these lessons stick with me. Admittingly, I don’t always do the kind thing. I don’t know many people who do. It’s hard sometimes. It’s hard to be nice in a world full of mean people. It’s hard to look past people’s shortcomings. It’s hard to put a smile on your face when you feel like the world is crashing down. It is hard to be kind when life isn’t going right.

And when it gets really hard, I remember these stories. I remember how, as my husband suffered, he never let it block what was right. He never felt sorry for himself. He never sacrificed the man he was in spite of his anger, or fear, or confusion, or sadness. He was never blinded by his cancer or his situation.

This story was submitted to Love What Matters by Diana Register of Meridian, Idaho. Her book, “Grief Life,” will be released in the fall. You can follow her work on her Facebook page. She has been chronicling her journey with grief in a series of stories for Love What Matters: 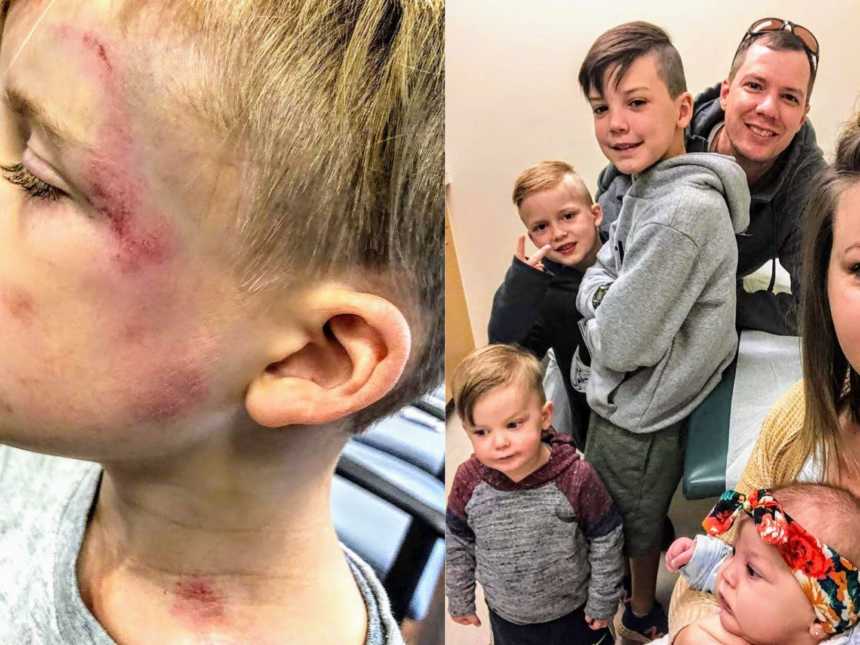 ‘Flesh was hanging off the roof of his mouth. ‘Your son has no immune system to fight this.’ We were trapped inside the house for months in total isolation.’: Mom to medically complex, autistic sons urges ‘find your village’

“His lesions were so severe he couldn’t eat. Rashes covered his entire body. We had to inject him with Pedialyte every 15 minutes just to keep him from passing out. In the midst of trying to be a normal family of 3, we suffered 3 miscarriages. Here we were, emotionally and physically exhausted, still yearning for hope. Little did we know, after 11 pregnancies, baby B would surprise us with blood in his diaper at just 2 months old. We knew something was terribly wrong.” 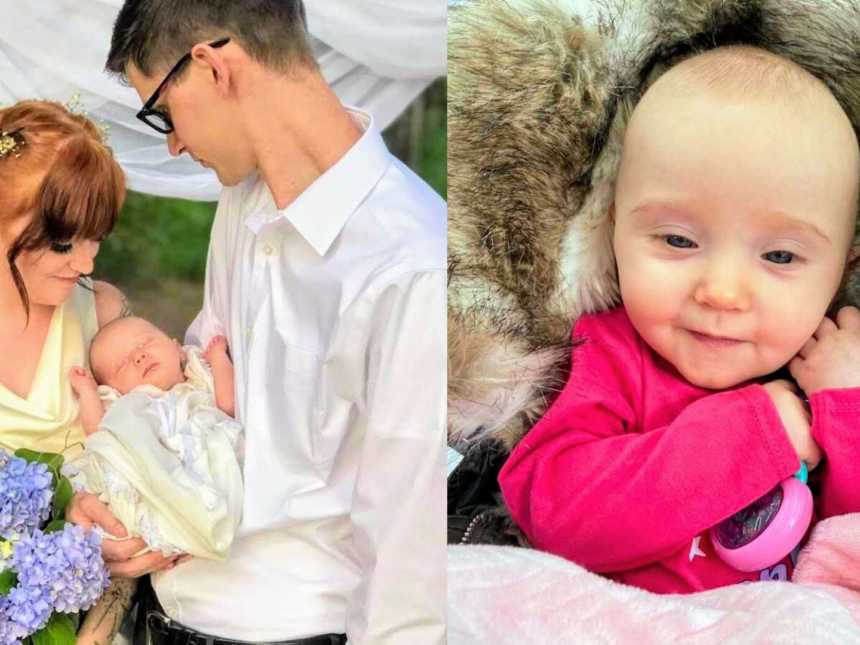 ‘She was in her bouncer when I heard, ‘CRACK!’ A voice in my head said, ‘Take her, NOW.’ There was more to the story than I knew.’: Baby diagnosed with Brittle Bone Disease, ‘She’s our little fighter’

“It was a Friday afternoon when I got the call. Athena and I were picking out Build-A-Bears. ‘How was this missed?!’ At the ER, the doctor asked, ‘How did this happen? Who took care of her?’ He was checking to see if we had purposely abused her. ‘We need to verify if DHR needs to be involved.’ It broke my heart all over again. They checked for more brusing. I was terrified of losing her.” 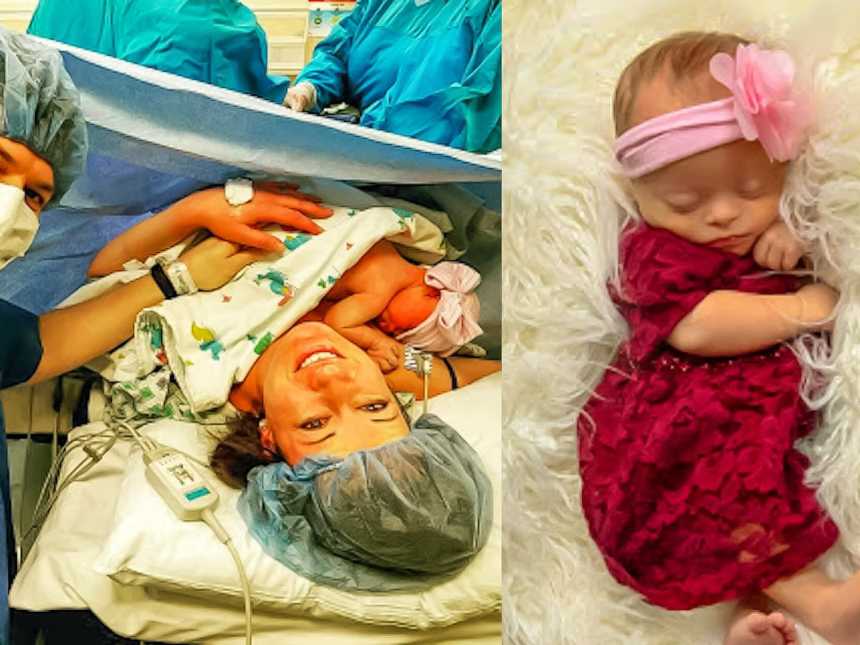 ‘How could this happen? I thought things like this only happened to older moms or if it ran in your family.’: Mom of Down syndrome baby finds community of support, ’She was made for us’

“’She has a few markers that are consistent with Down syndrome.’ I felt like someone told me my entire family had just died. I felt like I was in a nightmare. ‘I’m not equipped to handle this.’ I listened to my nurse talk about her twin brother with Down syndrome. I couldn’t believe it. That was the first moment where I felt, ‘Maybe I can do this.’”