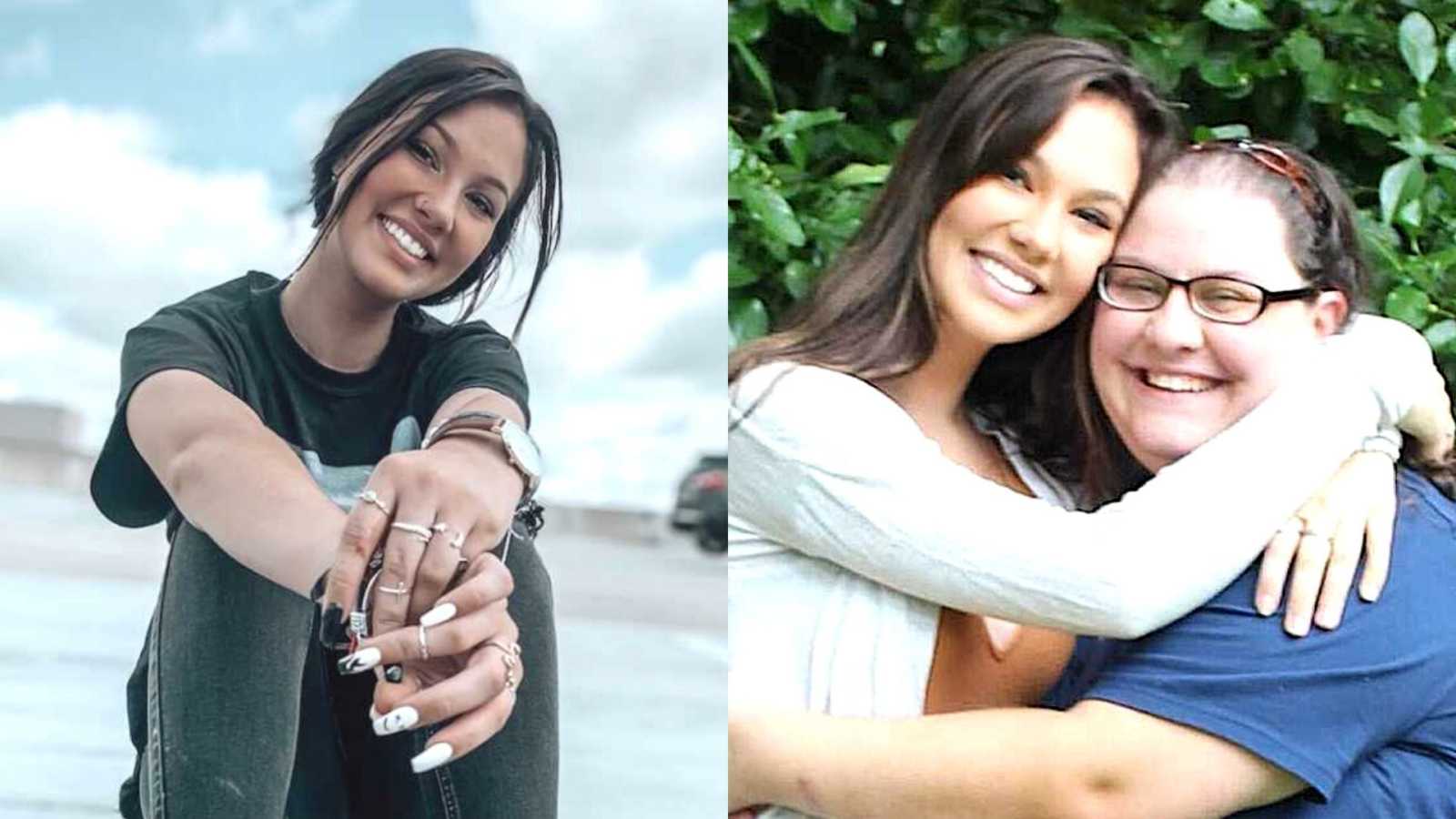 “I started the process to become licensed as a foster parent in January of 2017. I wanted to be a mom, and I was tired of waiting around for Mr. Right to make it happen. I figured I would foster for several years, help reunite some families, and maybe eventually get to say yes to forever.

Eight months later, on August 30th, 2017, I got an email saying I was finally approved, and oh by the way… there was this sibling set. Overnight, I became a first-time mom to a newborn, 1-year-old, and 2-year-old. It was terrifying and also everything I imagined it would be and more.

Over the next three years, I got to foster 16 children, in addition to helping out some local families with respite for their kiddos. I experienced my first and (so far) only reunification 3 days before Christmas of 2018. It was amazing and I look forward to the day I experience that again.

In January of 2019, I got the call for my now-forever son. His mother, unfortunately, had a long history with the state so when I got the call, they said straight-up he would almost certainly end in adoption. Nervous but excited, I said yes. His early days were hard. I had two other rather rambunctious boys I adored, but they were a handful on their own. Tiny (as we call him) spent some time in the NICU and was so little when he came to us, hence the nickname. He struggled a lot in those early days. Withdraws, feeding issues, problems with weight gain — every day was a fight to stay healthy. He came through it like the absolute champ he is.

He had a handful of visits with his mom in the beginning and that was it. Sometimes it felt like he was hardly in care at all and still it seemed to take forever to finally get us to adoption day. You think having no family would make the process easier, but in fact, it was ten times harder. There were a ton of legalities that had to be met to ensure the cabinet did their due diligence in trying to find his parents. Then, of course, COVID hit and shut everything down for months.

On June 18, we finally got our day in court. In 15 minutes, which his worker called the shortest hearing she had ever been to, the judge granted termination of parental rights, a moment that was both heart wrenching and everything we had spent the last year waiting for. We were finally officially headed to adoption! 3 short months later, we made it there. Tiny was now Thomas Holstein.

Akyra, or Okra as we call her, on the other hand, was a total surprise. I got the call on March 9, 2019, from my favorite social worker. She said, ‘I know you don’t do teens, but I have this girl. She’s great, her and her current foster family just need a break. What about just for the weekend?’

I wanted to help so I said yes and she just clicked. The little kids adored her; they called her their big friend. I loved having someone around who shared my love of Twilight and sleeping in late. I did respite for her several times over the next few months.

That fall, she came to me temporarily for about a week when her foster home put in their notice. I wasn’t ready to say yes. Looking back, I hate that but at the time, I had five under 5. I just thought she deserved better than a single mom on a tight budget with a house bursting with little kids. They ended up finding her a long term placement she was really excited about.

In March of 2020, almost exactly a year from that first call, I got another one. Respite, just for the weekend. Again. I had just taken in a newborn sibling, leaving me with six kids under 6, but I couldn’t say no. There was nowhere else for her to go and she was part of our family at that point. Respite quickly turned into a temporary placement until they could find somewhere long term.

The plan became for her to stay with me until she graduated in about a year and then go into independent living, which is an amazing program our state runs. It allows teens who are going to age out to choose to recommit themselves to the cabinet until they’re 22. They get set up with housing, a stipend, mentors, help with jobs, school, etc. Basically, it allows them to have a slow, guided transition into adulthood instead of being expected to fend for themselves at 18.

A few months later, we were joking around about her future and she said, ‘Have you ever thought about adopting a teen?’ And the rest was history. 189 days after coming to me for the last time, we said forever. They even managed to squeeze us in 3 days before she turned 17, her one wish not to have to spend another birthday in the system.

It’s been a few weeks since then and to be honest, it still doesn’t seem real yet for me or her. Recently, she got invited on an out-of-state trip with one of her friends. I said yes and she quickly reminded me that we needed to call her social worker to get it approved. And then she smiled.

She said, ‘That’s right. You’re my mom now. We don’t have to ask permission from anyone ever again.’

Over a decade in the system. 24 foster placements.

If our story does anything, I hope it inspires more people to open their homes to fostering. You don’t need to have it all together. God knows I didn’t. If I had waited for the ‘right time,’ I would have missed my kiddos. I promise you, there are children in your community right now who need a safe place to land and they’re not going to care you’re on a budget, have a small house, aren’t married, or are still trying to figure this whole parenting thing out. They need willing families, not perfect ones.

Say yes to older kids. You’re gonna hear the horror stories and I won’t lie, it’s not all sunshine and roses. But let me tell you how much sweeter those roses smell when you have to climb through the trenches to reach them. Every kid deserves a family. Every single one. Even the ones who insist they don’t because they’re almost grown. Especially them.”

This story was submitted to Love What Matters by Katie Holstein from Kentucky. You can follow their journey on Instagram. Do you have a similar experience? We’d like to hear your important journey. Submit your own story here. Be sure to subscribe to our free email newsletter for our best stories, and YouTube for our best videos.

‘I just want you to know, we are the family who adopted your son.’ She hadn’t gone a single day without thinking about him. ‘Can you be here in 2 weeks?!’: Adopted boy surprised with biological mom, now part of beautiful open adoption 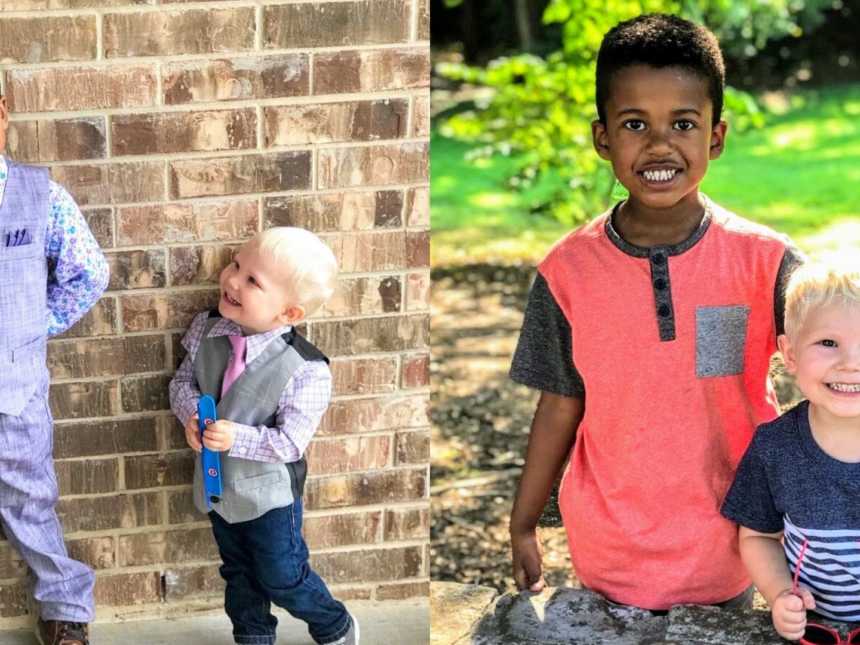 ‘An older white lady said, ‘That little black boy is being aggressive.’ My two sons were wrestling in the ball pit.’: Mom to bi-racial family urges ‘racism is built on little assumptions’

“My two sons were wrestling together in the ball pit. Anyone who knows my sons, knows Eli is sensitive and truly a gentle kid. She took one look at him and assumed he was harming the little white boy.”