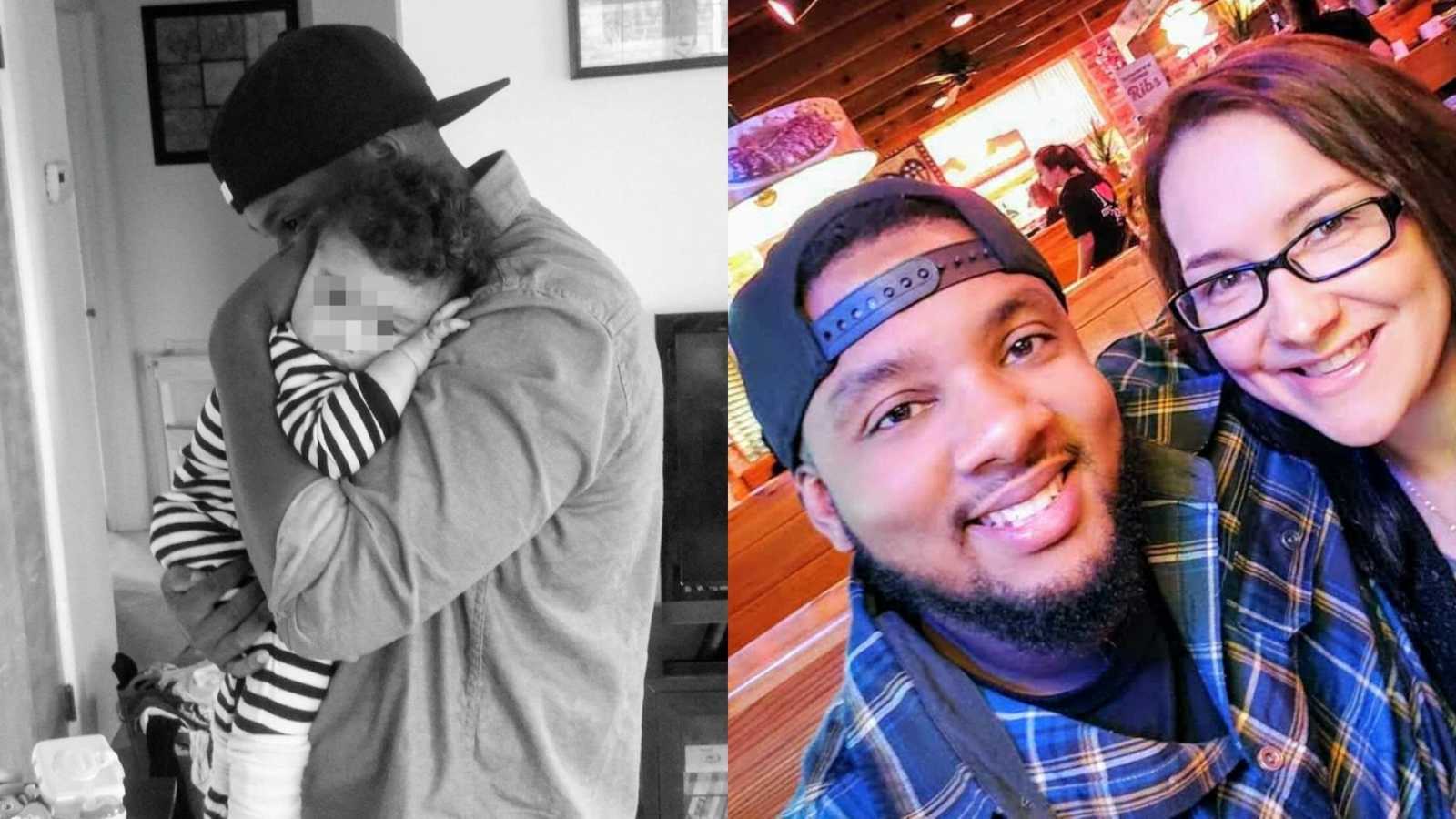 “This is my husband.

He is a good looking, extroverted, laid back, and friendly guy.
He’s a Godly man of good character.
He’s a loving and faithful husband; a generous lover, a great lay.
He’s a patient, fun, and gentle father of five.

He is an imaginative and hilarious storyteller.
He is ambitious and strong, an amazing provider.
He’s a hard-working man of integrity.
He’s an Air Force veteran and a proud, upstanding American citizen.

But he is not treated the same as everyone else is always treated.

He’s been avoided walking down grocery aisles and blatantly ignored by a chatty cashier who engaged happily with every white customer before and after him but spoke not a word to him apart from telling him his total. He’s watched people in the gym make obscene, unmistakable animal jokes about him as he works out. He’s been asked, ‘Did you have all these kids with the same woman?’ as if it was anyone’s business but ours.

He’s had people call him Obama because he’s very well spoken…for a black man. He’s been told, ‘Our entrees start at $50,’ as we walked into an upscale restaurant for our anniversary dinner. He’s been told by work colleagues in the past that his name was ‘too white.’ They gave him a more appropriate ‘black’ name that he was referred to as for the next two years. He’s listened to heinous racial slurs casually dropped on work sites. But don’t worry, they apologized to him afterwards. They would never want to offend him.

These are just a few of the blatant things he’s experienced. This does not mention the quiet things done in the dark; the things he’s not allowed to assume are related to the color of his skin even though they probably are. And these are mild, compared to the treatment others have received. Turn on the news and see for yourself.

We’re doing something wrong.
Color exists. And it’s beautiful.
But racism exists, too. And it’s ugly.
Let’s be better.

I’m not looking for a debate.
I’m not interested in political opinions.
I’m not against law enforcement.
I’m not for careless rioting.

What I am for is human decency. I’m sharing this personal bit to give some perspective on my family’s life, my husband in particular, as we raise five biracial children to be kind humans in a broken world.”

This story was submitted to Love What Matters by Jheri of Joyful Growing. You can follow their journey on Instagram. Submit your own story here and be sure to subscribe to our free email newsletter for our best stories.

‘We have a sibling set of 3.’ Our lives were about to change. ‘THREE???’ Jared’s voice reassured me. ‘Let’s do it!’: Couple take in 3 siblings from foster care, ‘we were instantly in love’

“Three hours later, we became legal guardians for 2 adorable little toddlers. The first month, I felt like a horrible parent. ‘How did we end up here?’ Everything changed when news broke that our 2 littles were going to be placed with another family willing to take in all 3. My heart broke as the reality of foster care hit. I remember looking at Jared and saying, ‘I’m not ready to lose them.’ 0 to 4 kids in a year and a half? Why not??? We needed to take them all!”