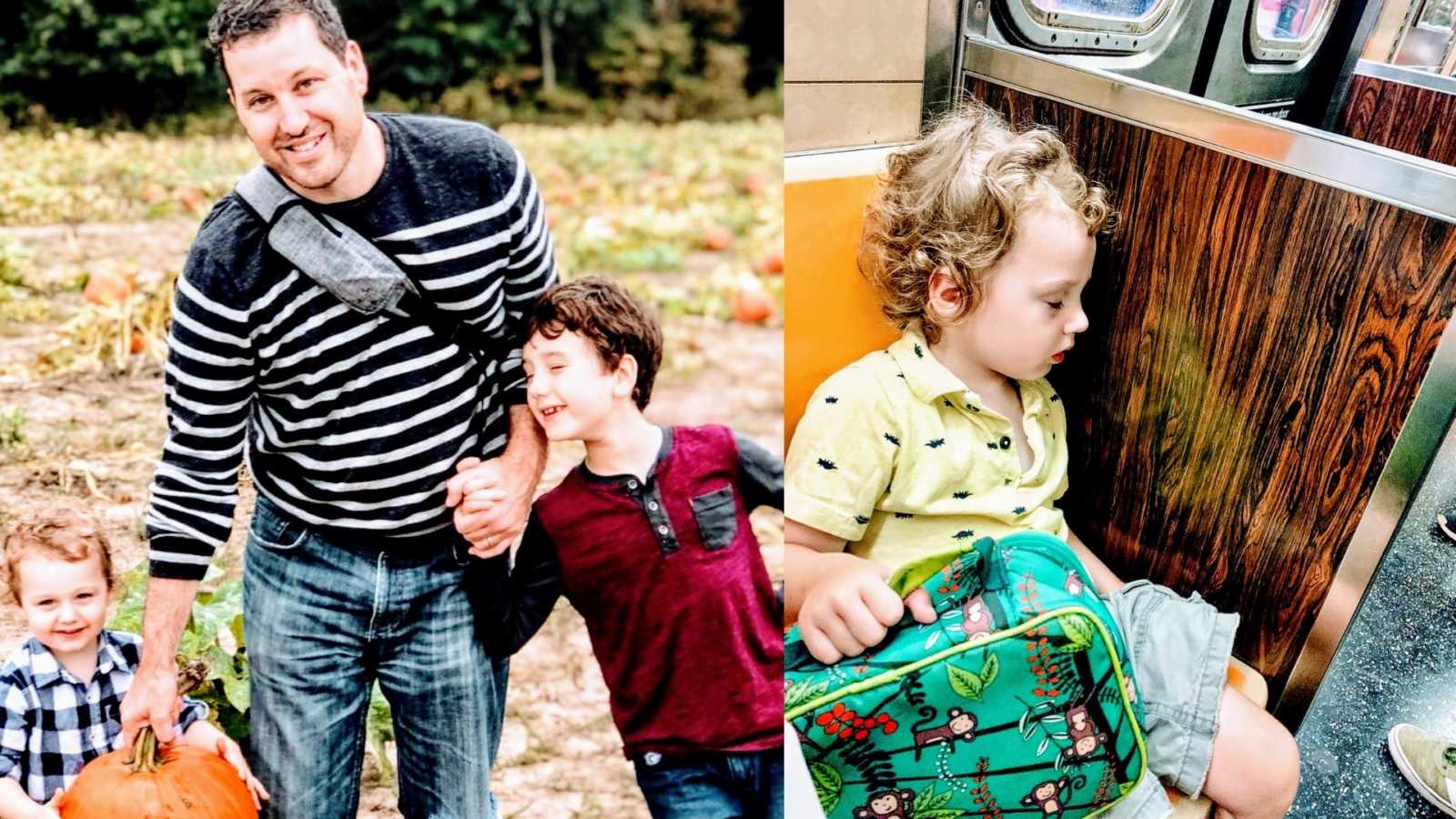 “I had a job interview today. And I had to bring my toddler along.

Every once in a while, there’ll be a story in the news about a mom who left her kid at the park while she ran to a job interview, or a dad who slept on a McDonald’s bench during his shift. They usually get vilified.

At least until the full story comes out and people realize they were just doing whatever they could to improve their family’s lot.

I get it. I’ve probably passed judgment myself. At least until the full story came out. And definitely before I had to deal with something similar.

Childcare is expensive. Babysitters, daycare, preschool, camp; it can break your back. Especially when your income is scarce. Especially if you don’t have family nearby to help.

I’m lucky that my wife is working. And that the jobs I’m in the market for have benefits and pay relatively well. But they don’t pay yet.

So, I did what I had to do, which meant dragging my exhausted toddler on the subway, letting him sleep on me, then carrying him 8 blocks, all while wearing a full suit on the hottest day in history. By the time we made it to my wife’s office, I was literally dripping with sweat.

It wasn’t easy. It sounds crazy, but it was actually very inconvenient for him to fall asleep on the train like that! But I was lucky my wife was around and able to take him for a few hours while she finished up her day so I could keep my interview.

And at least I didn’t have to drag him in with me. Not everyone has that luxury. Not when in between a rock and a hard place.

Everyone has challenges. I don’t know a single person who isn’t struggling with something – multiple things – financially or otherwise.

We’re all taking shortcuts to get by, doing what we can to survive as people and provide as parents. Some shortcuts are harder – and more desperate – than others. But let’s try to cut each other some slack!

And message me if you have cheap daycare.” 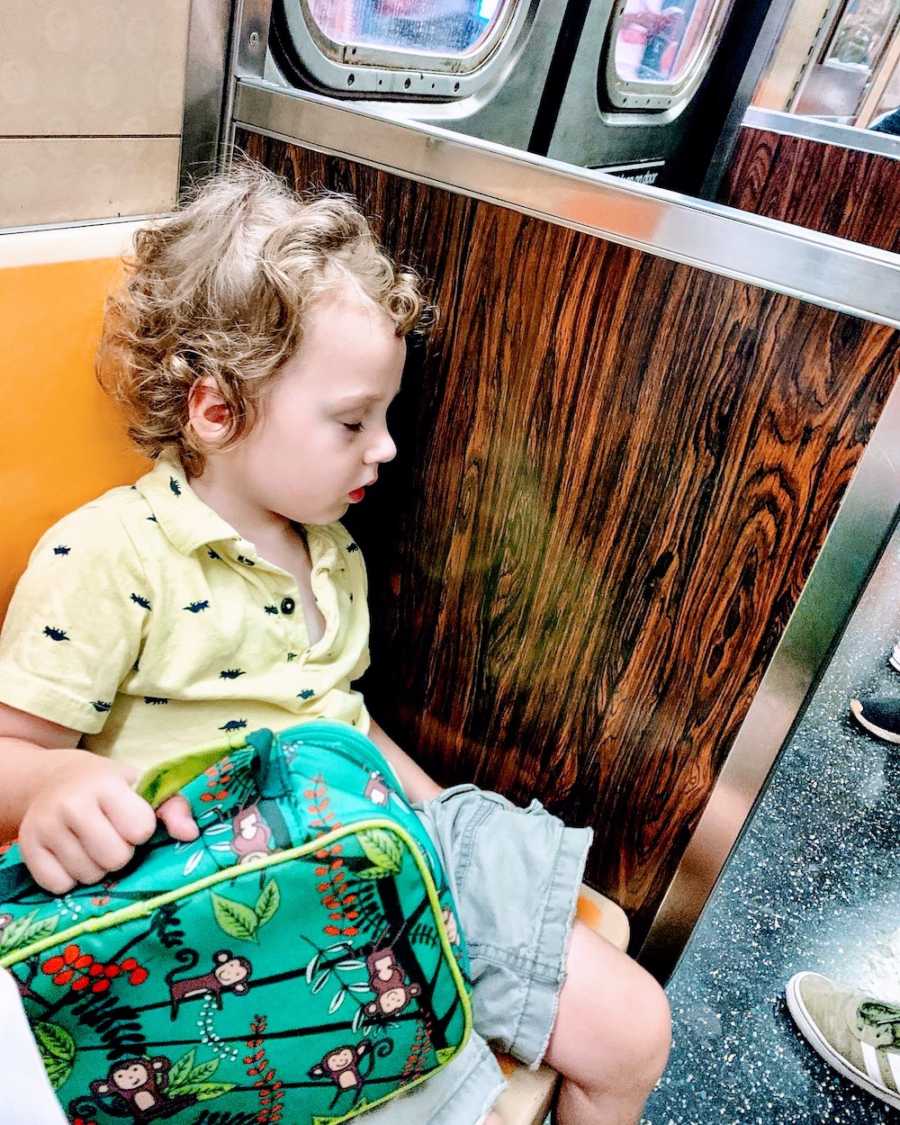 This story was submitted to Love What Matters by Mike Julianelle of Dad and Buried. Follow him on Instagram here. Submit your story here, and be sure to subscribe to our best love stories here.

‘I received suspicious looks for being a grown man at the park at 2 p.m. with his kids. ‘It’s nice of you to do your wife’s job,’ is what they were really saying.’

‘You can’t expect her to act like a princess if she’s treated like a slave’: Dad’s honest reply after being asked if he ‘felt unhappy with the monotony’ of his marriage 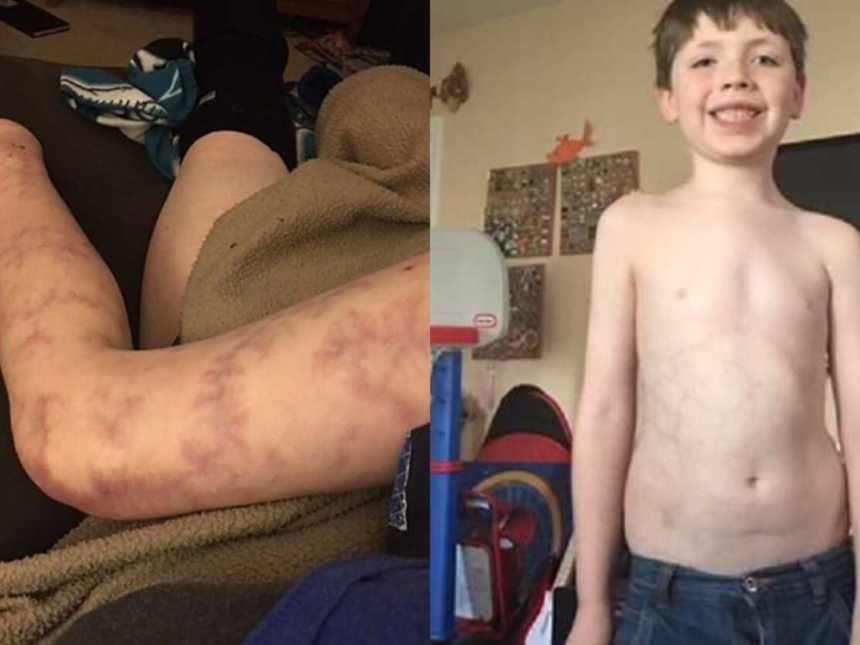 ‘I’ve never heard of that.’ The attending physician didn’t know what it was. I don’t think I slept for more than an hour that night. ‘Will he be OK?’: Mom births rainbow baby with CMTC, ‘He doesn’t let his difference keep him down’

“Before I knew it, at least 20 different people were in the room. Doctors, nurses, and students got to see my newborn baby before I did. My husband slowly told me, ‘Honey, there’s something wrong with his leg.’ I’m sorry, WHAT? His skin was purple and black, marbled down his whole right leg.”