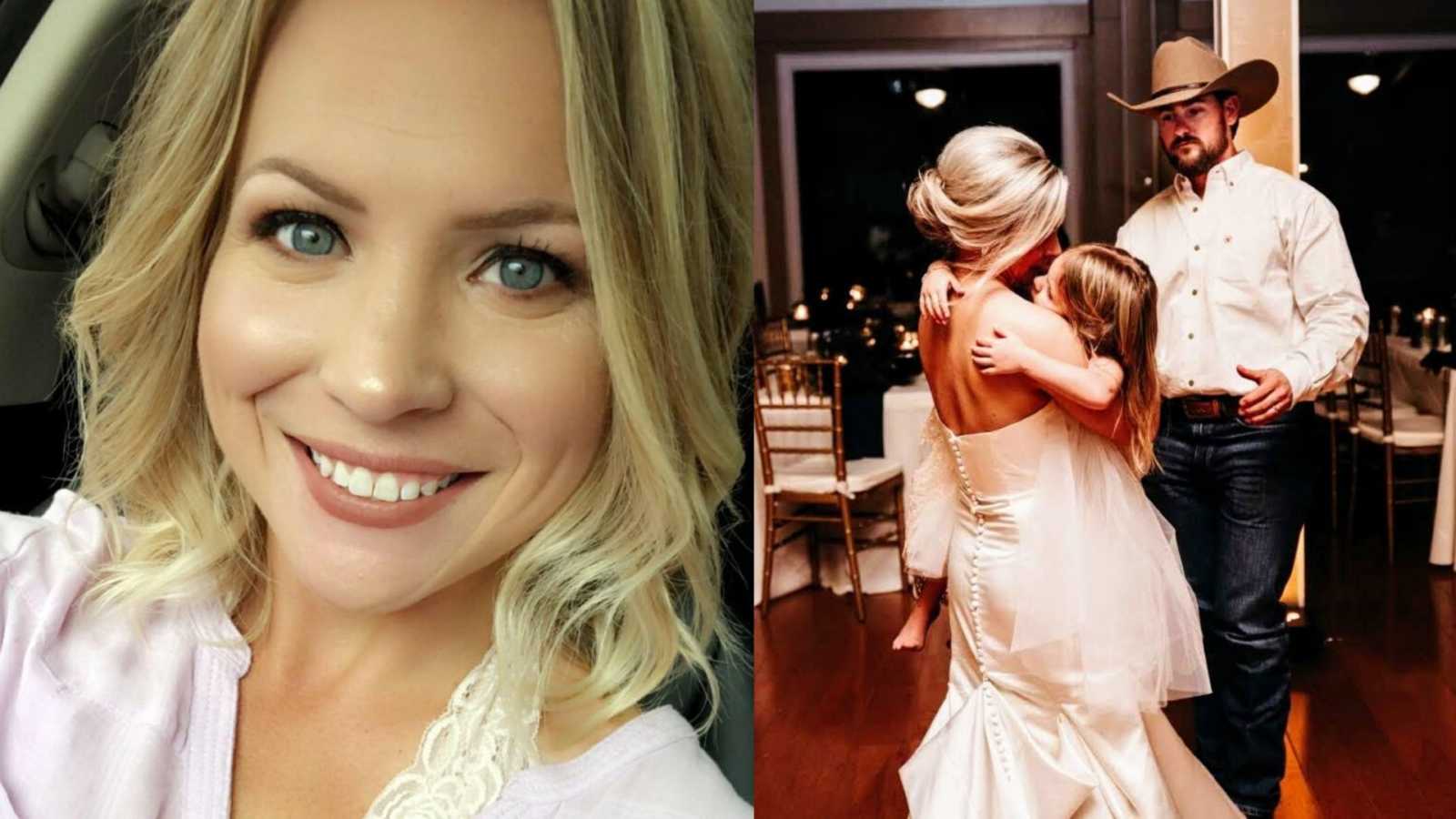 “In October of 2017, just three months after purchasing my first home, I was forced to become a single mom to a little girl. This was not the first time, but it would be the last. This occurred two weeks after I received a call at work from a friend telling me they had seen my child’s father with another woman. Someone I knew. Someone who had been at family events and had been around my child. Someone who was married. Someone who had kids of her own. Someone I had just ran into earlier that week. My heart sank. How could someone do that? This would be the beginning of my true journey as a single mom. Overnight I felt like I had lost most of my life and the people I had considered to be family. But because of their choices, I found my proof, Ryan, and with that I found forgiveness.

But more on that later.

The season of being a single mother was and will always be the hardest season of my life. I wouldn’t wish the hardships I endured during that time on anyone, not even the person who put me there. I felt like no one understood what I was going through. My parents were still together, and no one in my immediate family had gone through a divorce. Most of my friends were in different seasons of their life and did not understand. The first Christmas after the end of my relationship I bought my child an ‘elf on the shelf.’

Seeing her find the elf every morning was the highlight of my day every day that December. On Christmas, we woke up in a very cold 4-bedroom house with two presents under the Christmas tree. I cried. This was not the Christmas I had envisioned in my first home. No one does. Two months later, I was financially forced to move out of my home and rent it out. For months my three year old did not understand why we could not go ‘back to her old house’ and wondered if the renters were using all her things, which were packed away in storage. I told myself I would move back into that house once I got back on my feet, but we never did. The joy I once shared with the house now brought me sadness and emptiness. I cried many tears in that house. The love that was once in the house was gone, it was cold and so I eventually decided on selling the house.

I fought for months to prevent the inevitable. I went through the stages of grief more times than I can recall. I was told things and promised things that were never true. The only thing that was true was my old life was gone. There came a time when I realized I was only hurting myself and I had to let go. I removed a lot of people from my life who were holding me back and I wrote a list of things down I wanted in a man and I circled the list in prayer. Sometimes every day, sometimes not for days at a time. With time, I started saying ‘yes’ more and got out of the house when I did not have my daughter. I found myself meeting new people and going to new places. Sometimes it still felt like someone had picked me up out of a movie and placed me in another but everyday was better than the last. I told myself ‘the next man I date, I will marry’ and, as it turns out, that I did.

Two months after I finally stopped fighting for a life that was never meant to be mine, I met Ryan. But truth be told – Ryan and I already knew of each other. On our first date we realized we actually had grew up 3 miles from one another, we had gone to the same elementary school, and same high school. A month or so before our first date we had actually been at the same get together for some friends.

A week before our first date, Ryan had received an honorable discharge from the Airforce after 8 years of service and moved back home to our hometown. We had exchanged a few messages bedore we decided to say ‘yes.’ The moment I got in Ryan’s truck there was not a moment of silence for the rest of the night. Meeting Ryan was like a breath of fresh air. Our first date felt like I was catching up with a long lost friend. I realized that I could connect with another human being, that I did not have to be a single mother for the rest of my life and that there are good men out there. On our third date we listened to the song ‘On My Way To You’ by Cody Johnson. This song perfectly describes Ryan and I’s trials and errors in life up until the day we met. This song would come to be the first song we danced to our wedding.

Ryan knew my story early on. Within our first month of dating, I had told him that if he wanted to date me, he would have to date my daughter. I was tough. I pushed. I shared the good, the bad, and the ugly but he choose to stay. Without a question, without a pause, without a doubt, he chose me. He chose my daughter. My daughter chose him too. He taught my daughter how to ride a bike. He taught her how to properly throw a baseball. He would drive an hour out of his way to make it my daughter’s gymnastics class. After a few months, I realized my daughter would get excited to find out he was coming over and chose to be by him whenever possible. She even kept a young picture of him in her jewelry box. Eventually, she would refer to him as ‘her Ryan.’ It was as if I was getting her blessing and I needed that.

After a year of dating Ryan, he asked me to be his wife and without a question, without a pause, without a doubt, I chose him.

At our wedding, I had planned to dance with my daughter to her ‘baby song.’ After the first chorus tears ran down my face. The song was with me during the lowest time of my life and the highest time of my life. While we danced, Ryan watched. When the song was over, Ryan reached his arms out to take my baby out of my arms. In this moment, I was reminded that he was my ‘proof.’

I know now why everything happened the way it did. Why I experienced the heartbreak, why I was left to pick up the pieces alone, why I had to go through the struggles of single motherhood. It was so that when I was presented the man I was to be with, I would be able to love and appreciate him in the ways he needed. That I would be the woman he needed. He is my proof and I am his.”

This story was submitted to Love What Matters by Rochelle Roberston of Texas. You can follow her journey on her Instagram and blog. Submit your own story here and be sure to subscribe to our free email newsletter for our best stories. 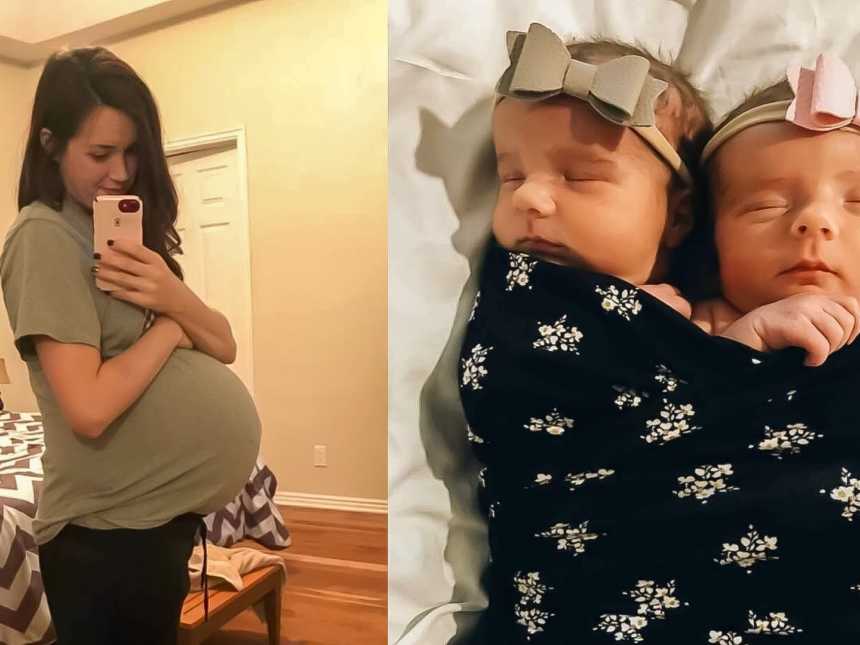 ‘You need to decide which baby you want to save.’ Inside, I was starting to unravel. The pregnancy was unplanned, let alone two babies!’: After difficult twin pregnancy mom says ‘God is always here for us’

“We’d worked so hard to get here to just go into labor now. It didn’t seem fair. I kept looking over at Ry for reassurance. Inside, I was freaking out. In my blind ignorance, I was telling myself this is something that shouldn’t be happening to us. ‘If they make it, it is because their trial has made them stronger.'”

‘It started with what I thought were seasonal allergies. 2 days later, the chest pain began.’: 35-year-old mom positive with COVID-19 after ‘following all the rules’

“I woke up completely drenched in sweat. I called the COVID-19 hotline. 5 minutes later, a very condescending man came on. I was told I sounded ‘fine’ and was likely just ‘exaggerating’ the symptoms due to anxiety. I had a seizure. Blood had started pouring out of my mouth. I wouldn’t realize just how much until later.”

‘Are you her nanny?’ ‘Did you kidnap her?’ I had a mom call me her Au Pair at gymnastics. We get stared down.’: Single black mom adopts 2 white siblings, is constantly judged by strangers but urges, ‘Love goes beyond skin color’

“When I tell them I’m her mom, they reply with, ‘Ohhhh. She must look like her dad then.’ In line at stores, I get stared down. I say out loud to Elizabeth, ‘Mommy loves you!’ And she replies, ‘I love you mommy.’ That makes the people so confused. You can see their brain cells burning with confusion. Whenever she misbehaves in public, people stare so hard to see how the ‘nanny’ is going to handle it. Sometimes I say, ‘You can stop looking. I’m her mother.’ Then, I was notified she had a brother. I thought my family was complete, but I was wrong.” 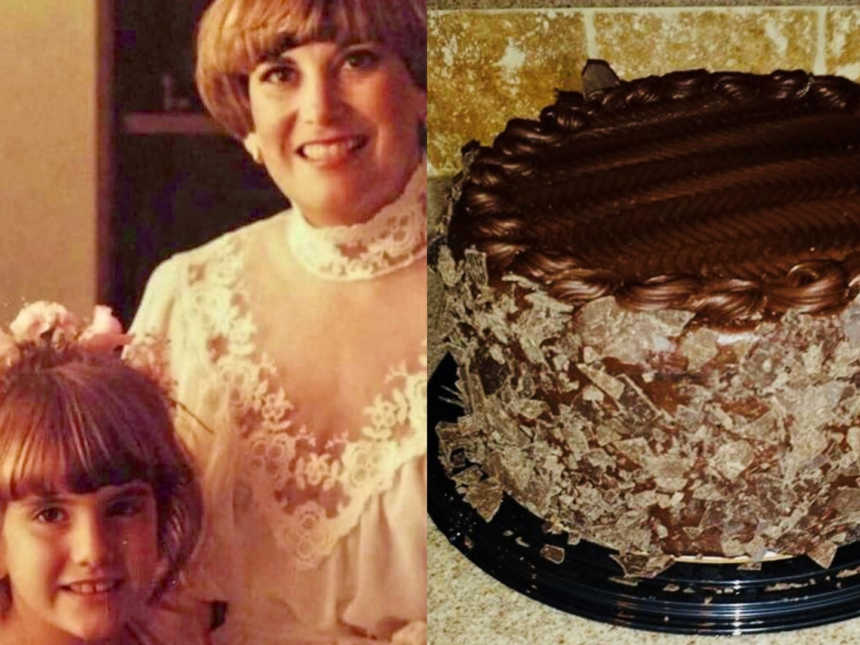 ‘When I was a little girl, we knew if mom came home with chocolate cake, we better shut up. We all knew what cake meant. Something had not gone right, and Momma was NOT happy.’: Woman recalls how late husband always knew how to fix her ‘bad day’

“My brother would do the recon. Sneak down the hall, hide behind the china hutch, peek around the kitchen door until he had an unobstructed view. No cake? Life went on. Yes cake? He’d army crawl back to my room with fear and panic on his face, and squeak out the word, ‘caaaakkkkeeee!'”