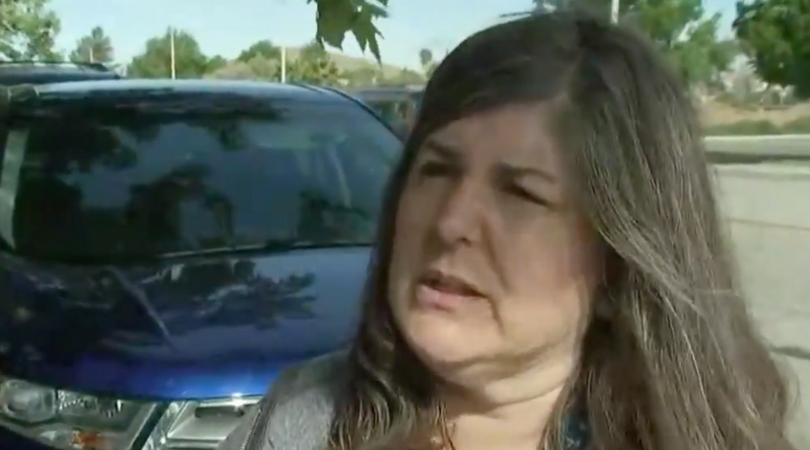 This morning, gunshots rang out at Highland High School in Palmdale, California just north of Los Angeles. But as always, helpers in the form of teachers were on hand to assist the students.

This morning a situation occurred at Highland High School, we are working with law enforcement Currently all high schools are on lockdown

Ricky Munoz, 23, said he had just dropped his two younger brothers and a friend off at the high school. “About a minute later, I get a call from them saying there were gunshots and they asked to be picked up.”

A teacher at the school, Garret Root said he first didn’t believe the reports of the shooting.

"They said there was a shooter. At first I didn't believe them, but then I heard a gunshot," Highland High School teacher Garret Root said. https://t.co/lhwt4OJmOA pic.twitter.com/5EYa29A7WQ

Elizabeth Cramer, a math teacher jumped into action and helped shuffle the students to safety from the shooter.

Elizabeth Cramer, a math teacher at Highland High School in Palmdale, told @NBCLA she helped shuttle the students into buses and to safety from the shooter. "It was their faces … I think that’s what's going to get to me. It was real fear," she said. https://t.co/c63ap1MO6f pic.twitter.com/5v50tjf8SI

Current reports indicate one person is injured, and the police report notes a suspect is currently in custody.

This story is developing.