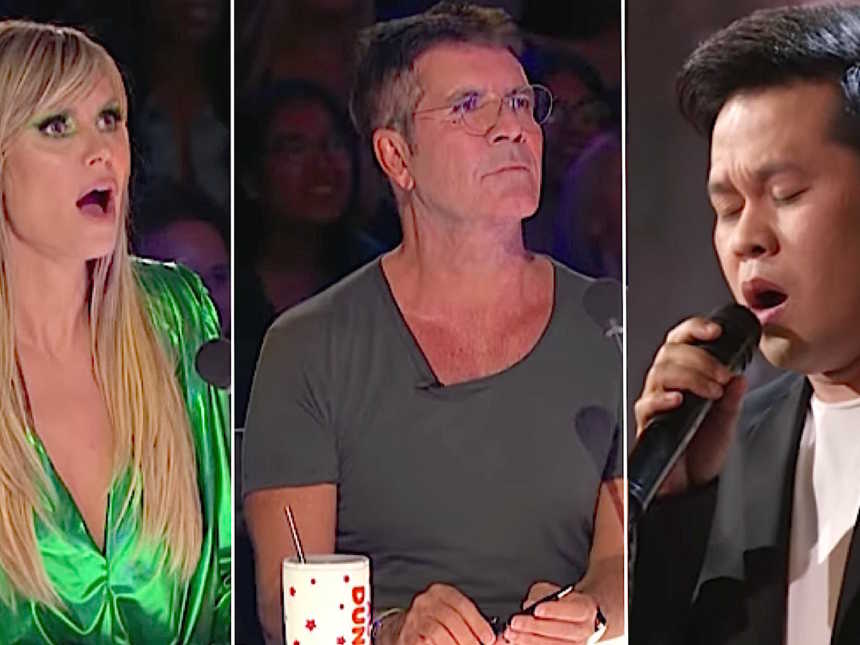 When Marcelito Castro Pomoy was a little boy, his father was sent to prison and his mother left him alone with his younger sibling to go live in another town. Facing homelessness and neglect, Marcelito was eventually adopted by a police officer and his life finally began to turn around.

Then one day, Marcelito discovered his unbelievable talent, which had been hidden for so long: he can sing exceptionally well in both tenor and soprano registers.

As a young man, Marcelito pursued his talent and started singing in front of more and more people, which ultimately led him to become the grand winner of the second season of “Pilipinas Got Talent.”

This stunning victory led to Marcelito’s participation in the second season of “America’s Got Talent: The Champions.” And in the clip below, Marcelito takes the stage at the recent semifinals with “Con Te Partirò” by Andrea Bocelli… and pulls off an astonishing duet using both male and female voices!

As you’ll see, Simon and the rest of the judges were so impressed… and the performance has already gone viral with millions of views on YouTube. He was already gaining fame in the Philippines, and now he’s become a sensation in the states!

“Many people don’t understand how extremely difficult this is,” one YouTube commenter writes. “He is switching from upper diaphragm, to lower diaphragm, switching vocal tones, switching breathing techniques, switching ranges, switching pitch, adjusting vibrato speed etc. He is doing all of these in a MILLISECOND. On top of that, he is singing some of the hardest songs ever… And the switch is very SMOOTH! Not to mention… he was homeless most of his life. He is a self taught singer. Natural talent.”