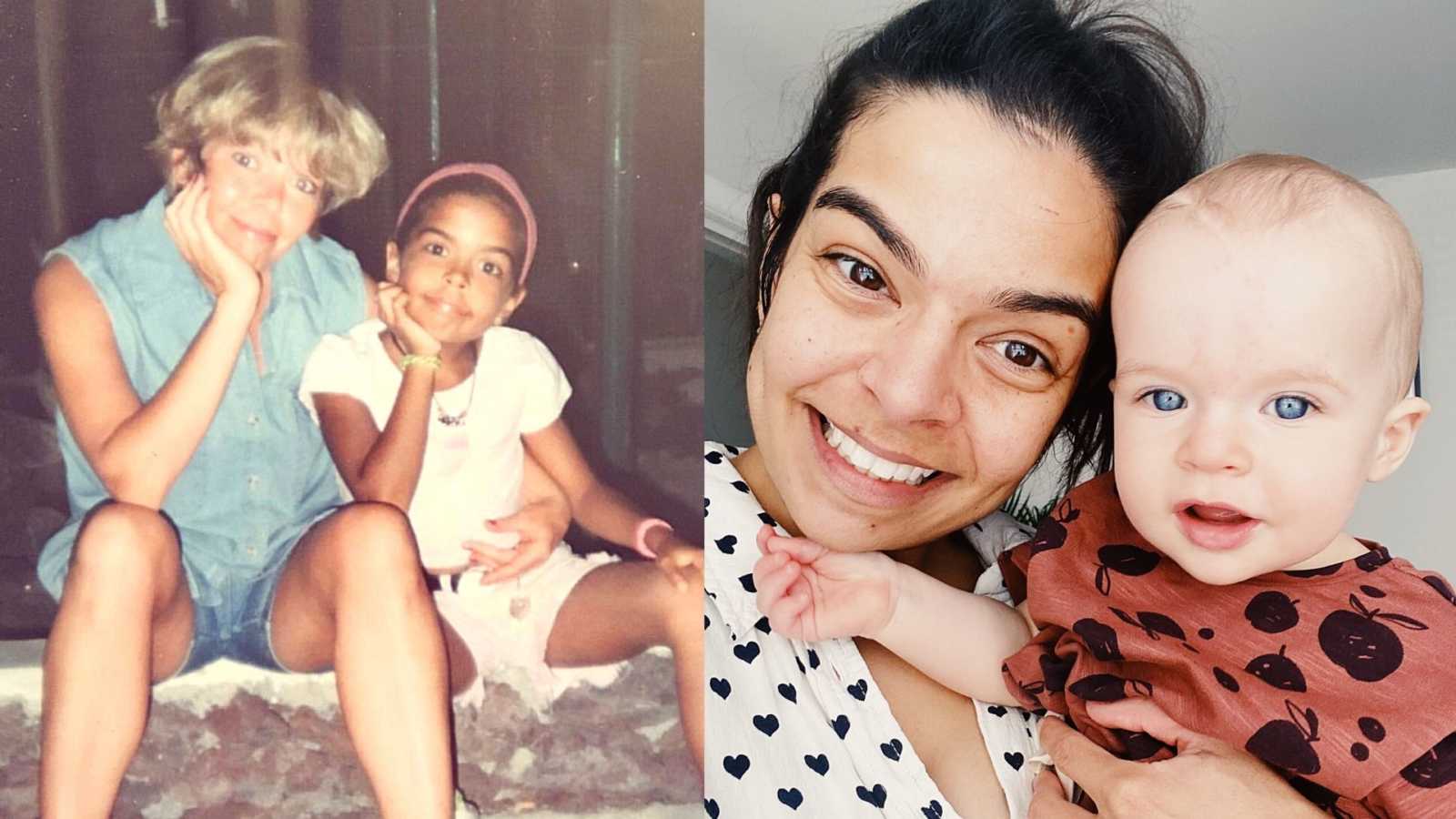 “I had a privileged and happy childhood. I have never feared for my life because of the color of my skin, so I’m not going to compare my experience to black lives. But ‘Blackout Tuesday’ sparked some difficult conversations I’ve had with myself, and those close to me, about racism.

My mum is English and my dad is Indian. My cousins on my dad’s side of the family are all mixed race too. So, to us it wasn’t unusual, and race was never really an issue — nor was it a subject discussed as potentially being one.

But this week, I felt sad, angry, and guilty, as though I’d finally woken up to something I was in complete denial about. I’d always considered myself proud of my heritage, but I realized I was actually doing a lot of things to hide who I was.

‘It’s OK, because you’re not one of ‘those,’ other friends would say when racial slurs were used around me. Strangers would ask me, ‘Where are you from?’ If I responded with the UK town I was born in it became, ‘No, where are you REALLY from?’

On one occasion at a bus stop, an elderly lady even specified, ‘No, I mean where are you from because of your color.’ I was so used to comments like this; I brushed them off as part of life. I believed because they weren’t overtly racist they couldn’t BE racist. ‘People are just interested,’ I’d think. ‘That’s just how things are. I’ll make it awkward if I argue.’

‘My mum’s white and my dad’s Anglo Indian…’ I’d say. Quickly followed by, ‘So they’re all Catholic and speak English,’ as if it made it more worthy.

I could never find a foundation shade which suited my skin tone, and it made me think I must have been weird. I decided lighter was better than orange, and I thought it looked better anyway. I wished for straight hair, mine was so thick the only thing that would work was the clothing iron. Before school, I’d scrape my hair in to a skull tight pony tail with lashings of hairspray.

I was sitting in french class once, and the boy next to me said, ‘Yuck, do you shave your sideburns?’ I was mortified. I did, as it goes, because I was despised by the hair. I’d also shave, pluck, and wax my eyebrows, trying to get them to look like my friend’s did, or like any of the people I saw on TV. I’d lighten my hair with at-home kits, and it’d end up orange. When my white friends got their noses pierced, I joined in. But I swiftly took it out again, because I decided it made me look ‘too Indian.’ On holidays, I’d make sure I didn’t stay in the sun too long, so I didn’t get ‘too brown.’

When my daughter was born and her skin was fair, I struggled. I’d always imagined my baby would look just like me and when she didn’t, I found it difficult to process. I felt really, really guilty for struggling with this and couldn’t voice it to anyone, because I felt like a terrible mum for even thinking it.

On top of that, her skin tone was one of the first things people would comment on when they came to meet her. ‘I thought she’d be browner,’ or, ‘She’s not very brown is she?’ I’d also hear, ‘Disappointing, huh?’ or, ‘She’ll probably tan really easily though.’ I was constantly feeling obligated to explain her to others.

It dawned on me, as a child, it was the norm for me to assume people wouldn’t think I was my mum’s child because I was brown and she wasn’t. I realized the reason I was struggling with the difference between my and my daughter’s skin tones was because I don’t want her to feel like I did. Like she always had to explain. I had a good cry and apologized to her, because she is, of course, perfect. I wouldn’t change her for anything.

I should never have justified comments about her skin tone with an explanation.

I should never have responded to, ‘No, where are you really from’ with an explanation.

I’m going to make sure she is proud of and celebrates all parts of her heritage.

If you have friends who are black or a person of color, and you haven’t had a chat about racism yet, do it. It’s uncomfortable and awkward, but cathartic to get it out in the open and confront what’s happened and what needs to change.

This story was submitted to Love What Matters by Danielle Prendergast. You can follow her journey on Instagram. Do you have a similar experience? We’d like to hear your important journey. Submit your own story here. Be sure to subscribe to our free email newsletter for our best stories, and YouTube for our best videos.

‘Poor kid, having to pretend two ‘apes’ are family.’ They say we are mixing pure and dirty blood.’: Woman’s second marriage to black man makes her learn ‘people don’t understand the value of love over skin color’

‘Mom, something awful is happening to me.’ They found embalming fluid in my system, causing me to black out.’: Young woman overcomes meth addiction, hidden sexual abuse on camera, ‘My awful memories no longer haunt me, I am healed’

“I was 18-years old when I met him. I moved in with this man who was 17 years older. He told me he loved me. I believed him. He convinced me to do things, including recording our sexual encounters. ‘These are just for us to watch,’ he promised. I checked his browser history, horrified at what I found.”

‘Oh honey, you should really wait until you lose the baby weight.’ Other customers heard. It took everything in me not to cry.’: Adoptive mom shamed for ‘baby weight’ by jewelry store employee

“I was taking my son to get my wedding ring cleaned. I was feeling so amazing with my baby boy on my hip. I asked about getting my ring soldered together. The lady looked at me and made a scrunched-up face. I didn’t even want to stand there to tell her he was adopted. This was just my body – I didn’t birth him.”