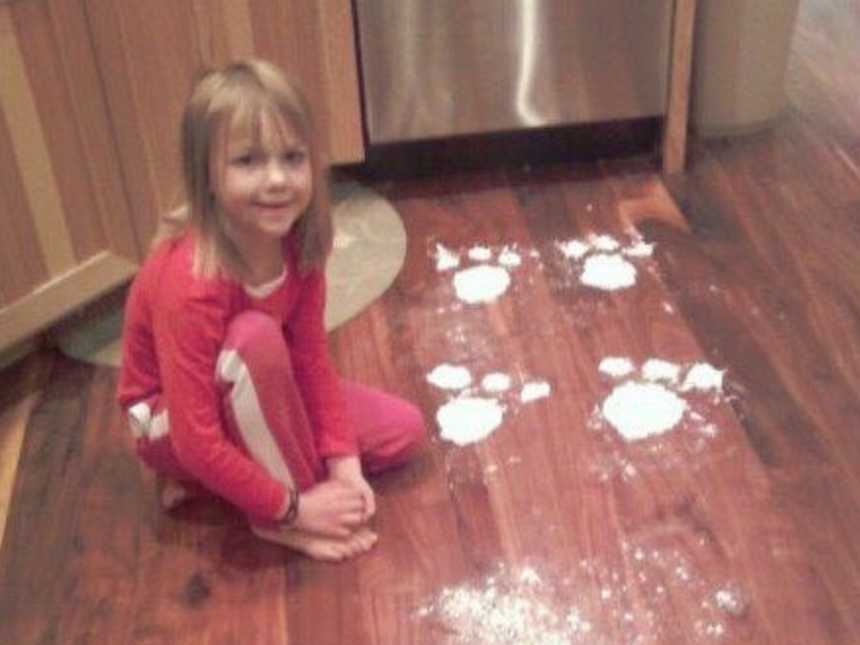 “With Easter approaching, I have been giving a lot of thought about the grieving person when it comes to holidays. As I’ve said before, grief isn’t reserved for people who have lost somebody to death. We’re all living a ‘grief life’ in some ways, because we’ve all experienced loss somewhere in our lives. All of us. All of us have lost somebody even if it’s in different ways; whether it’s death, divorce or just the idea of what we thought something was. We have all experienced change in some form; the loss of a job, the home we grew up in, friends – anything that was important to us.  We all carry this with us as we go on about our lives, and while some loss feels bigger than others, I think any loss produces the same grief process whether it’s considered big or small. It’s the same cycle. The same emotions.

In saying that, when the holidays come around, they act as a trigger, whether we want them to or not. There’s always that ‘before and after’ feeling. For me, I identify with ‘before Chad got cancer’ and ‘after Chad got cancer,’ or ‘before Chad died’ and ‘after Chad died.’  There’s that break in our lives. We all have it, it’s just some of us have a break that is more noticeable or more pronounced.  Either way, as we move along with our grief, we’re all comparing our life to a degree between ‘before’ and ‘after.’

Before Chad died, holidays were fun. They were creative. They brought together all of those feelings of family and tradition. We looked forward to them. I laugh when I think back about how badly our daughter Kaitlyn wanted a dog for Christmas one year and how badly we didn’t want one. We had already had a stray rag doll cat run away after Kaitlyn decided it needed suntan lotion slathered all over it so not to get sunburned, a fish that literally jumped out of the tank and died on the carpet, and a pigeon that took up residence in the garage and would not leave. The universe was clearly sending us signs that we were better as a no pet family; yet Chad, wanting to please his little girl settled on buying her one of those pretend dogs that walked and barked and who knows what else. That was, until she played with it for exactly three days and he looked at his receipt and realized how much he paid for an overpriced stuffed animal. Believe it or not, that pretend dog ripped a hole in his box and ran away by New Years, and Kaitlyn was none the wiser. I’m pretty sure the cashier at Costco, upon processing the return, was curious why there was a huge hole in the side of the box, but you know – ask no questions to the middle aged man just trying to get his money back.

Or, the time when Kaitlyn tried to catch us being the Easter Bunny, yet thankfully we found her phone on the counter recording us in the kitchen before it was too late. How he managed to make a movie and place it on her phone, I have no idea. But when she woke up the next morning, she didn’t see a recording of mom and dad hustling around putting together baskets or stressing out trying to make perfect bunny foot prints on the floor out of flour. No, she woke up to a video of the door opening, pushing in glitter (must’ve been a fan), the sounds of a bunny hopping throughout the house (something like ‘boing, boing, boing’), lights flashing in the kitchen complete with music and then suddenly, her Easter basket appeared on the counter.

When he died, it wasn’t just those things that changed. The whole atmosphere changed. The same thing happened after my step-dad died.  It was like everything we knew for decades, every tradition we had, everything – was different. We tried to keep it up, but it was never the same.

After Chad died, I tried to make new traditions. We tried new things. But in the back of our minds, we always knew that the only thing we really wanted for the holidays was him. And that was something we would never be able to make happen.

The first Christmas Eve, I spent it alone. I had to. I needed to. I didn’t want to go to his family’s house and play the white elephant gift game – you know the one where you bring something you don’t want anymore to give somebody else – and be reminded about the time he wrapped up the mortgage in a box because he didn’t want it anymore. Or the time he threatened to take the real dog we eventually welcomed into our home. I didn’t want to sit there and look around the room and know he was missing. I didn’t want to jump every time the doorbell rang wondering if it was him and he was just late. I had to process it in my way, which turned out to be sitting in my closet with a bottle of wine. I was very lucky to have good friends who forced me to go Christmas shopping so the kids could have stockings and treats, but was my heart in it? No. And, I’m not afraid to admit that.

It was hard. Holidays are hard. And so are Tuesdays at the grocery store buying stuff for dinner knowing there’s one less person to feed.

It wasn’t until Father’s Day that I decided I had to step up and do something for my daughter that would help her heart heal. I googled things to do and was just not interested in releasing balloons in his honor or dedicating a star in his name. So, we made a list of things he loved and funny things he did, and we reenacted them in a video, with Kaitlyn playing him. A Costco trip for steak, a ride on a motorcycle, breakfast at Cracker Barrel, fishing on the banks of a creek, playing the guitar, sleeping with the dogs, sitting in a patrol car and the list goes on.  We simply, and quietly, relived a day in his life. And it was fun. And it was goofy. And we laughed, a lot. Because even though we knew we couldn’t have him back, we were never going to let go of him.

The holidays are going to roll around, and I wish I could tell you what the perfect way is to deal with them. I wish I had some amazing answer, or as my mom always says, ‘I wish I had a magic wand to make this better.’ I don’t. But, what I do know is that however you manage to get through them will be the same way you get through Tuesdays at the store.

You will figure out this grief life as you go, I can promise you that. Give yourself a break. Do the holiday if you want to, and don’t do it if you don’t. The world will not spin off it’s axle if you choose to let it pass by.

But no matter what you do, or how hard it gets, or how overwhelming it seems, make one choice that will always be the right one.

Always, and I mean always choose you. Always choose what is right for you. And just because something is right this year might not be what is right next year or the year after that because as we grow and change in our grief, our lives and our choices will too.

But choosing you will always be the right thing, and the one choice you won’t regret. I can promise you that.”

‘There is a fallout from death that extends beyond the first year. Please, don’t forget us in the second.’ 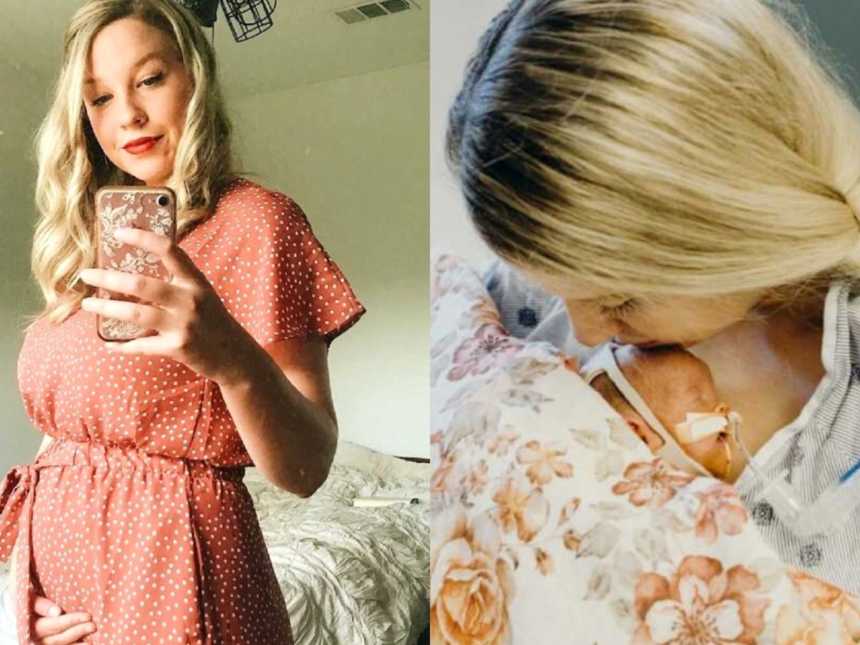 ‘I sat up half awake. ‘Where is she?’ My husband woke up and looked confused. ‘Who?’ I said, ‘Shiloh. Where is Shiloh?!’: Baby with Cri Du Chat Syndrome survives after battling to stay alive 122 days in NICU, ‘I am so privileged to be her mom’

“He said in a gentle voice, ‘Can we talk to you both in the conference room?’ I knew we were going to receive life-changing news. ‘What more could go wrong?’ I wanted to not be me. Most moms dream of that euphoric moment when their precious baby is delivered into their arms. I did too. Unfortunately, I didn’t get the dream. I got the nightmare. The daughter I had dreamed up was gone.”

“‘Adopt him. You’re supposed to be his mom. You’re the one. Tell your dad. Tell him now.’ My dad visited me in dream. I was standing in a white room. He walked towards me holding a baby wrapped in a light blue blanket. He handed him over, smiled and kissed the baby’s head. When I woke up, I knew.”

While Grandpa meets his first grandchild and finally learns her gender, his daughter-in-law is about to reveal a much more shocking secret about the pregnancy.

“I chose an amazing woman to be the mother of the child I birthed. And yet, I no longer knew how to approach her. Nine years after placing my daughter the adoption agency called me with news that would change the rest of my life. My birth daughter’s family had contacted them to see if I would be willing to meet.”

‘I have no idea what that is.’ He knelt down while I was on the toilet. The color left his face.’: Woman battles postpartum depression, degenerative disk disease, ‘I made the decision to change my attitude towards myself’

“When the doctor came in, he immediately saw the huge chunk of flesh. He looked extremely shocked. I was in the most pain I’d ever been in my life. It honestly felt worse than giving birth. The doctor said, ‘Okay, I’m going to gently pull this out of you and figure out what we need to do next to get whatever that is out.’ Everyone’s face was of shock.”