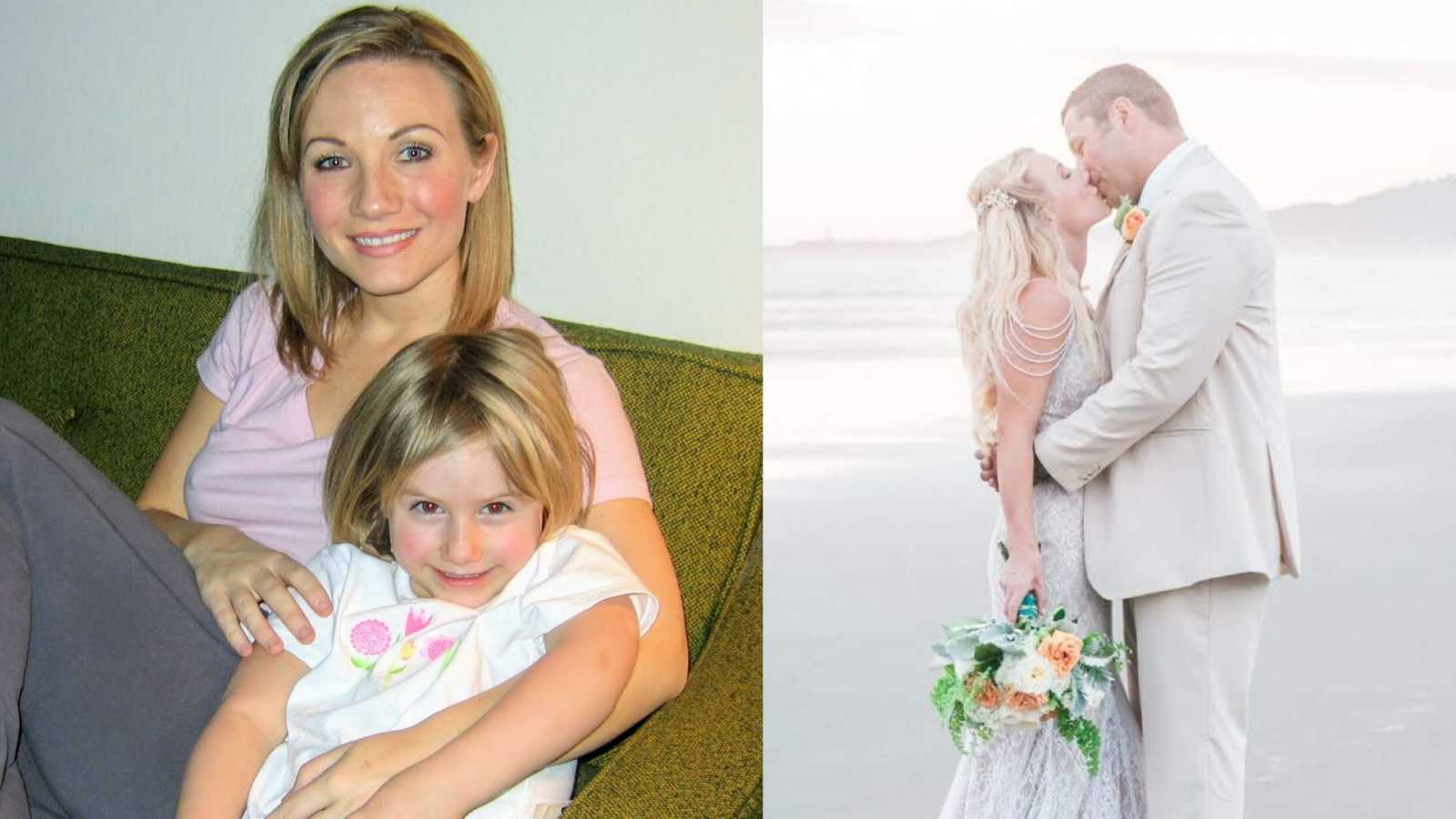 “‘A story told is a life lived.’ I heard this on the show Outlander and it hit me like a ton of bricks.

I was twenty years old when I married. I was raised in a religious home that was patriarchal in its structure, as many religions are. My upbringing was good and our home was often filled with laughter and love. But at the core, my parents had a destructive marriage. I didn’t know it as a child but as children do, I grew up and many years later, dealt with the trauma that was my parents’ marriage.

At the core of the religion was family values. We were taught families can be together forever if we only stay on the straight and narrow and never falter from the one true path.

So when I married a man who was not of the faith, it was a bad start according to my family and the faith. The marriage produced two children, my firstborn son and my second, a daughter. My children brought me so much joy. I was a stay at home mom, and I loved holding and attending to my children. Our days were filled with playing and all things fun. We had the ‘neighborhood’ home where other children would gather and play. I preferred it this way. It made it easy for me to keep an eye on the children, and it was satisfying for me to know the neighborhood kids enjoyed playing at our home.

However, as much as I enjoyed my life as a stay at home mom, much like my parents’ marriage, my marriage was missing something. I often felt lonely. My husband would generally leave early in the morning to start his day. He would come home from working or golfing, sit on the couch, turn on the TV, and there he would stay. I would dutifully serve him his dinner on the couch, feed the kids, bathe them, and then read them each bedtime stories before tucking them in for the night. Then, if I were lucky and had the energy, I would retreat to the bathroom to soak in the tub, then head to bed.

While I was lonely, I wasn’t completely unfulfilled. Up to that point, I think the marriage is something I might have been able to stay in. Until, well, the emotional abandonment showed its head in such a way there was absolutely no way for me to rationalize it away or continue to turn a blind eye. It forced me to reconsider everything I thought to be true about my marriage and the man I had married.

It was January 2004 and my husband had a trip to Las Vegas planned. A few days prior to the trip, our daughter sustained second-degree burns on her hand, an accident that happened when I looked away for one second while cooking lunch. The burn sent us to the emergency room, where she was given a shot of morphine to help with her pain and ultimately put us on the road to the Burn Center at University Hospital in Salt Lake City, Utah. It was a three-and-a-half-hour drive from where we lived in southern Idaho; my mother-in-law and I in the front seat, my baby girl, her mangled and bandaged hand in her car seat in the back. My son was left home to stay with his dad for the night.

At the hospital, she was quickly seen and attended to. I was instructed how to care for her hand so it would heal properly and we were sent home the following day. Meanwhile, my husband was getting ready for his trip. I assured him it was okay if he still went. I had my mother-in-law to help me with caring for and bandaging our daughter’s hand and I felt like, together, we could handle it.

Then, a few days into his trip, our son woke one afternoon from a nap, walked into the kitchen, and began vomiting blood. I was once again on my way to the emergency room. My emotions by now at an all-time high. The stress consumed my every fiber. After a lengthy visit to the emergency room, some tests, and extremely painful shots in which I was instructed to hold my son down, I needed the support of my husband. I called him and told him so. ‘Please come home,’ I asked. His answer was no. He had plans to party with celebrities that night and coming home was not on his radar.

That was the beginning of the end. When he came home and I expressed my hurt, I was told to get over it. The following year, I emotionally detached and two years later, we were divorced.

During the two years after the burn incident, I found myself expecting again. To make a very long story short, after a D & C, two hospital stays, a hysterectomy, and two blood transfusions, I had suffered an ectopic pregnancy, lost not one but two babies, and lost my ability to have any more children. From beginning to end, the process spanned just over 5 months and during that time, there was more emotional abandonment on the part of my husband.

Now, at the beginning of 2008, I found myself a divorcee navigating life being a single woman and sharing my children every other week. I started a series of what would prove to be nothing more than narcissistic relationships, where jealously was represented as love, and shaming was a means of manipulation and control. This continued for 8 years. I found a few nice men in between the narcissistic relationships, but they were either emotionally unavailable or unavailable for other reasons. Either way, those relationships ended as well, and hindsight, I’m glad they did.

Unfortunately, I made the mistake of marrying the last abusive man I dated. The marriage was short-lived. We married in February 2015 and by September, the abuse had become so severe and frequent, I left. By December, the marriage had ended. I felt completely defeated. I had been abused so frequently, I was left to suffer from C-PTSD. I got startled easily. I carried a revolver in my purse. I suffered from insomnia and the rare times I did sleep, I had nightmares of him killing me and turning the gun on my daughter. It was horrific. I concluded that I would give up on relationships, at least until my daughter was out of high school.

But the universe, in all her wisdom, had other plans for me.

A few days after my second divorce was final, an old childhood friend sent me a friend request over Facebook. I had known Tim since middle school, and we had dated our senior year of 1996. Tim had been married for several years, so I was intrigued. We shared some light conversation and the following week, I was made more aware of his situation. He and his wife were facing divorce. We picked up where we left off. We were instant friends rediscovering each other after 20 years. It was thrilling. It was familiar. It was fun. It was real. And it was time. Our time. We were married in July 2016 with the Pacific Ocean on the Oregon coast as our backdrop and our most loved friends and family present. I can honestly say to this very day we are happy.

Divorce is hard. There are no two ways around it. And when there are children involved, it never has an end date. It is not something you go through. It is something you live every day for the rest of your life.

To be fair, marriage is hard too. While my husband and I are incredibly happy, we are not perfect. We are human beings who come with our own past wounds and conditioning. We have had to work through some things in our marriage. We have had our challenges, as well from sources outside of our control. But facing those challenges together has made us closer and I could not be more grateful.

One thing I can assure you of is this: Being married to someone who is neglectful at least, or abusive at most, is a prison sentence. My own journey set me on a course and ultimately onto a career path I would have never imagined for myself. A few years ago, while dealing with someone who was exhibiting highly unusual and illegal behavior, I had a friend suggest I study anti-social personality disorder. While studying the disorder, for the first time, I was able to define many of my previous relationships. Since then, I have become an expert in Narcissistic Personality Disorder and am now a coach specializing in trauma recovery due to Narcissistic abuse.

‘He was hunched over in our guest bathroom, holding a gun. My birth control failed. I found out I was pregnant days before.’: Woman survives traumatic divorce, ‘You always have a voice, use it’

‘My daughter grabbed my face. ‘You got this, mom. It’s time for you to move on.’ I signed the divorce papers, and finally put myself first.’: Teen mom divorces after 12-year emotional battle with husband, ‘Never be afraid to start over’