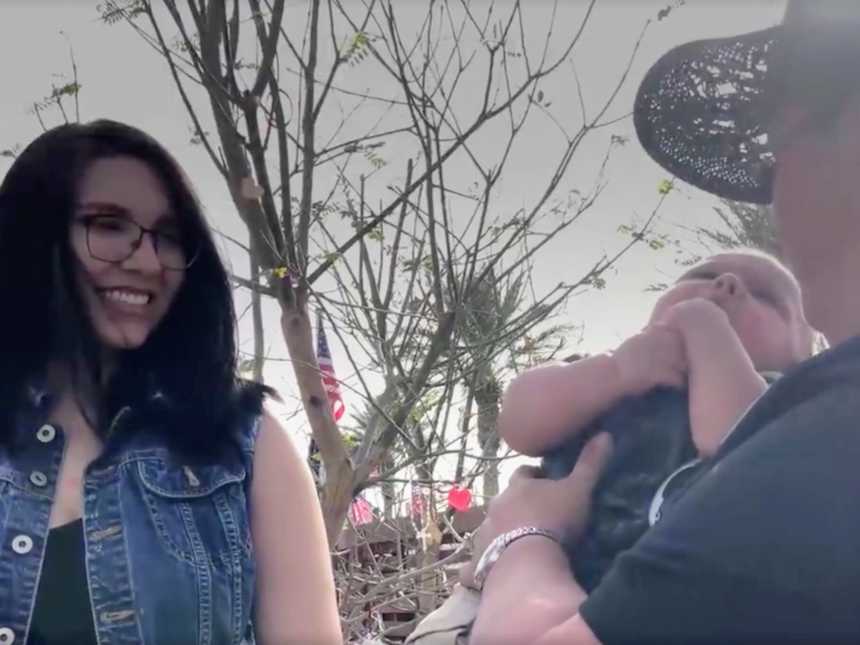 Miriam Lujan was seven months pregnant while in the crowd at the Route 91 Harvest festival in Las Vegas as the horrific gunshots broke out. But a complete stranger, Sue Ann Cornwell, swooped in as the expecting mother’s guardian angel to shield her from the gunman’s bullets.

Cornwell, 52, reportedly gave Lujan her sister’s backpack to cover her growing belly, while also laying on top of her to protect her from the rapid gunfire raining down on them from the gunman’s suite in nearby the Mandalay Bay hotel.

Now the two strangers, who both survived the tragic mass shooting, have reunited in a heartwarming encounter at the Las Vegas Community Healing Garden. It was the first time the women have seen each other since that dreadful day.

“I can’t wait no more,” Cornwell told the Las Vegas Review-Journal after she saw Lujan and her now almost 4-month-old baby boy, Xander, walking towards her.

Cornwell immediately embraced the baby whom she’d helped protect on that fateful day.

“I know, I know. Auntie Sue Ann’s got you,” she said as she calmed the crying infant, continuing to protect him even now.

“Thank you both for everything,” Lujan told Cornwell, whose sister also helped get them to safety. “I really don’t know how it all would’ve happened if I didn’t have you guys to keep me calm.”

“He’s already part of history, and he doesn’t even know it,” Cornwell said. “Out of all the ugly, here’s this child that survived. … One day his mom is going to have a story to tell him.”

A Las Vegas shooting survivor who shielded a mother-to-be recently had a chance to reunite with the mom and baby at the downtown Las Vegas healing garden. READ MORE→http://bit.ly/2GBubZj

‘Do you want to meet my daughter?’ That night, he showed up with flowers in one hand and diapers in the other.’: Stepdad adopts wife’s daughter, ‘I’ll love her as my own for the rest of my life’

“We realized Mia was losing weight every time she’d visit her biological dad. She’d come back in a dirty diaper, unbathed, and in smelly clothes. Then we got a call we never saw coming.” 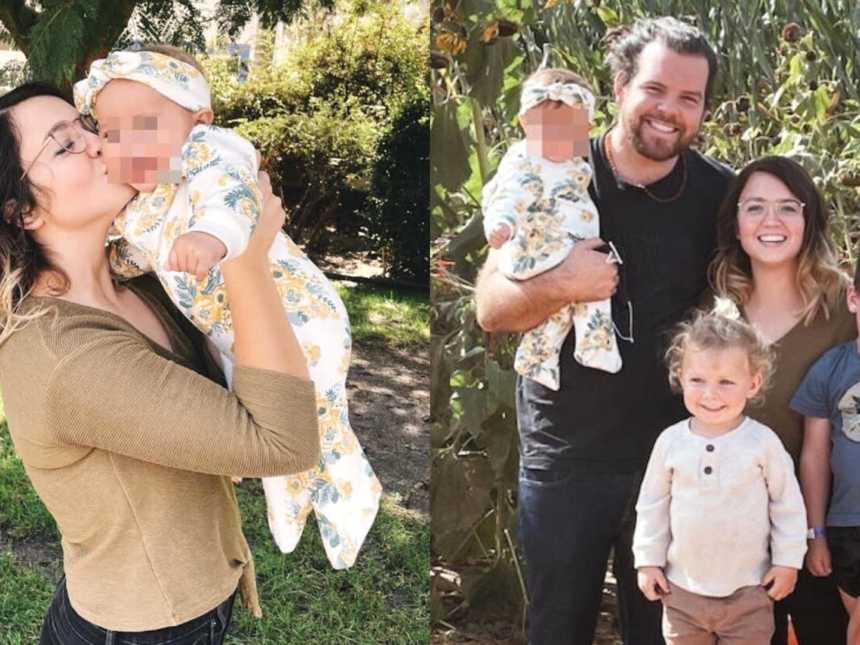 ‘The social worker brought out a 5-day-old baby, wrapped in a blanket, and said, ‘Here you go!’ There were so many unknowns.’: Foster mom shares journey, ‘It’s beautiful chaos’

“There have been days we want to throw in the towel and choose an ‘easier life.’ But we know this is what our family is called to do.”