‘You can offer him a better life than I can. Please. Take him,’ she begged. How can I fall in love with a child and then leave him behind?’: Woman takes in Haitian shoeshine boy, ‘I didn’t birth him, but he is mine’

“A man approached us. My Shoeshine Boy flinched. I saw money change hands. ‘Why did you do that?’ I asked. ‘For protection.’ His face crumpled. ‘He is with me,’ I boomed. Then Mama showed up at my door. ‘Even if it is only for a few months. Show him how to change his life.’ I felt her words like a slap in the face.”

‘Oh, are you babysitting?’ ‘They’re mine.’ I’m a 30-year-old single black woman with 3 white kids. Love has no color in my home.’: Woman adopts 1 boy, 2 siblings from foster care, ‘Love is love’

“I heard a knock on the door. There, on my doorstep, stood this beautiful, petite little girl. ‘My name is Alexis.’ I realized she was alone. ‘Are you sure about adoption? ‘You don’t think 3 children is a lot?’ ‘You realize this means you will be financially responsible for them, right?’ I was already a single mom, what was I thinking? My heart immediately dropped. YES, YES, YES. I just couldn’t say no.” 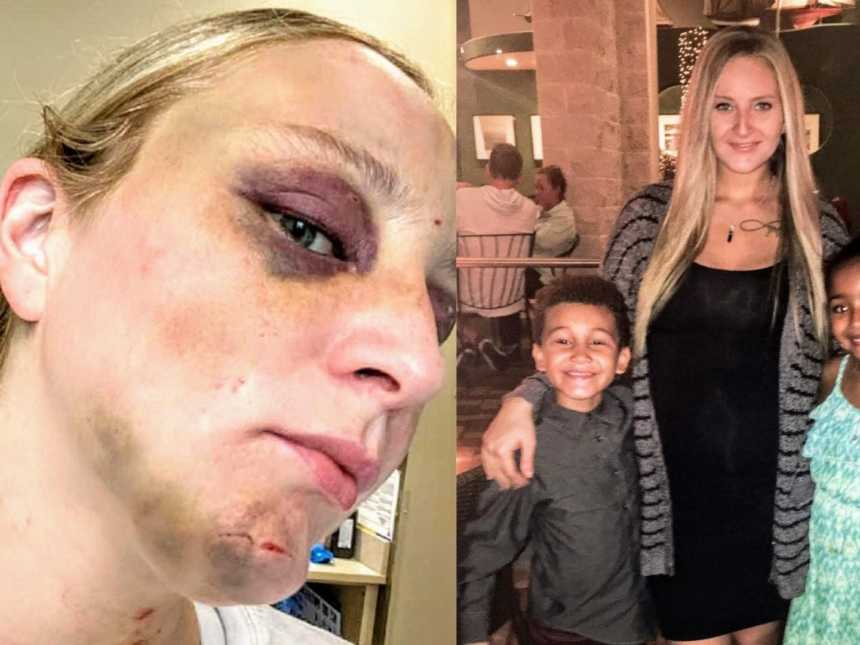 ‘On my daughter’s birthday, I woke up in a garage to him trying to douse me with gasoline.’: Domestic violence survivor says ‘if you need a sign to leave, this is it’

“‘Mommy, why you got blood? Did daddy shoot you?’ That broke me. My babies were shocked at the sight of me, covered in blood head to toe. Some may call me a victim, but I don’t look at it that way. I’m a survivor. I got out.”

“I woke him early for the hour-long drive to the courthouse. He sat up at once, grabbing me in a tight hug, gushing, ‘Today’s the day!’ I know him well enough to note the look on his face, the slight undertone to his voice – he’s been in the system too long to believe in adoption until it occurs. The layers of trauma are thick, some abuse and tons of neglect. As the judge read out the declaration, I felt choked with emotion.”