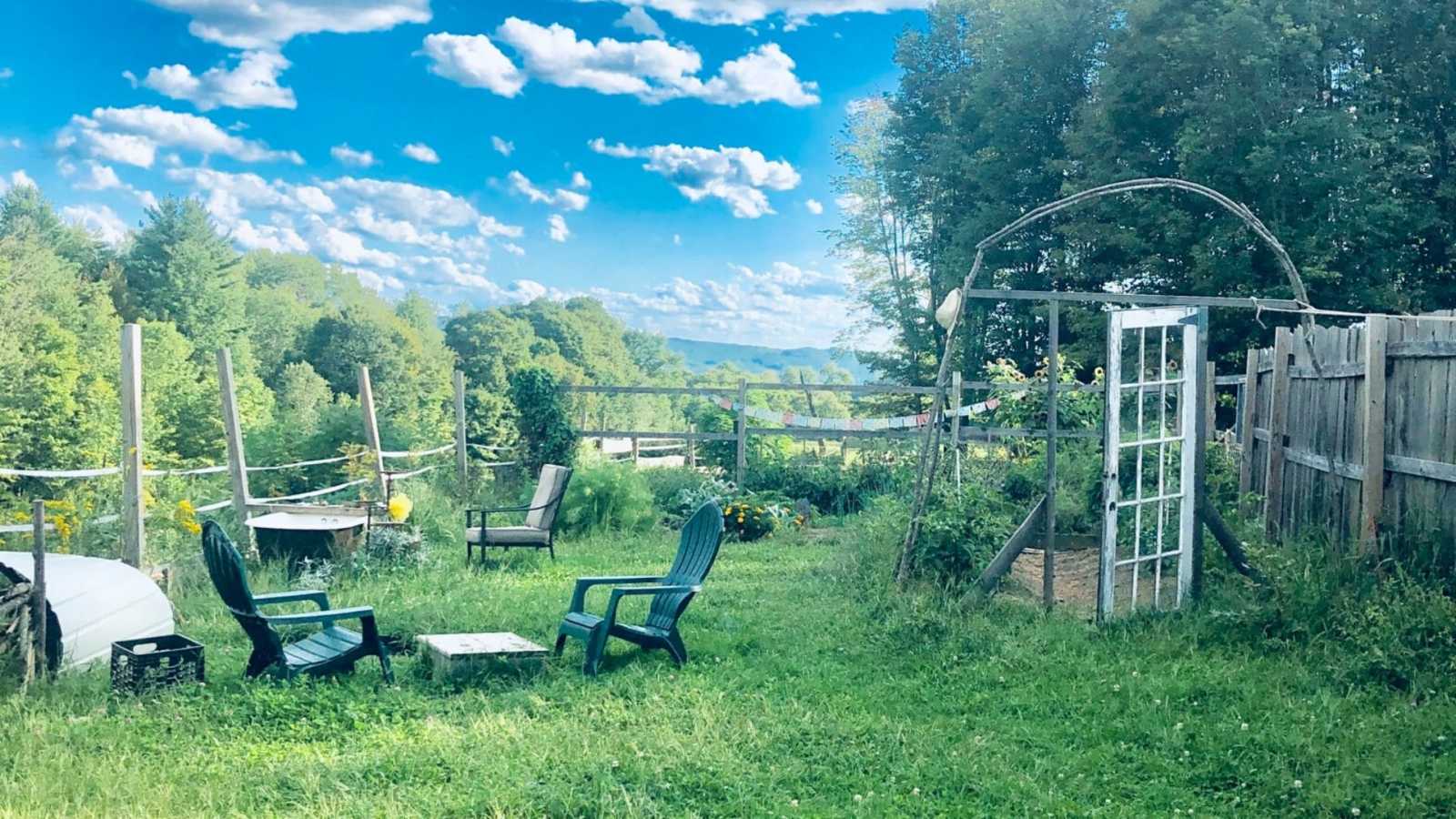 “It was the oldest and ugliest house on Maple Street, with a beautiful view of a meadow that came alive with sunflowers each summer. The old woman who lived there had gone to a nursing home three years prior, so the dilapidated structure fell into even more disrepair.

When the woman died, a portly lawyer named Theodore Grimsby took ownership of the property, and it was placed on auction. A young couple, just two years married, got it dirt cheap with the intention of tearing down the house and building new. The very day they closed on the property, a big yellow construction vehicle arrived with one of those shovels on the end to knock the building over and dig up the land. They weren’t 20 minutes into the project when the man in the hard hat stopped what he was doing and called the couple, telling them they’d better get over there.

When Sam and Audrey Lopez arrived, the construction worker said, ‘I was digging up part of the front yard when I found the darndest thing.’ He pointed to three distinct places in the yard and three piles of what, at first, looked like junk. The first pile was of old watches. There had to be 30 or 40 of them in all shapes and sizes. One or two were still ticking. The second pile appeared to be old glass and plastic spice containers. When Audrey inspected a few more closely, she saw they were all filled with pepper. And the third pile was the only one of real value—silver dollars, some dating back to the early 1900’s. ‘What the heck?’ Sam asked no one in particular.

The couple collected the items off what would eventually be their front lawn and immediately called the only person who might have a clue what this was about—the lawyer, Mr. Grimsby. He picked up on the third ring and when the couple told him what the construction worker had unearthed, he laughed and said, ‘I’ve been waiting for this call.’
They drove over to the lawyer’s office, where he placed them in comfortable leather chairs, and unlocked a drawer behind his big mahogany desk. In his hand was a single envelope with handwriting on the front that said: ‘Do Not Open Unless the New Owners of my Home Find Something Strange.’ It was fair to say this qualified. Grimsby handed the letter over and leaned back in his own comfortable seat, anxious to hear what the letter said.

‘Dear Friends,’ it began, ‘if you are reading this, I am gone from this world. But perhaps, I can still be of some use to you. I can only guess the reason you are sitting here in my lawyer’s office is because you’ve done some digging in my yard, what is now your yard, and found some curious things. You are not losing your mind, and I certainly wasn’t losing mine when I buried those items over the past 40 years. Let me now explain their purpose and, in doing so, perhaps share some wisdom with you.’

The letter continued, ‘My name is Mildred Winthrop. I fell in love a long time ago, but my husband died in the war, so there would be no children. Still, I lived a full and mostly happy life in the home you just purchased. In the early years after losing my sweetheart, I was a bitter person and withdrew from the world. Then one night, my late husband came to me in a dream, and he was very angry with me. He said, ‘This is not the life I intended for you, and if you keep living this way I will blame myself for leaving you.’ That next morning, I thought about the dream and what he said. I went to the front yard, buried three items, and restarted my life.’

‘I buried a watch to remind myself time is precious and not to waste it on the ‘what ifs’ of this world. You get one life—live it to its fullest every day. I buried a small jar of pepper to rid myself of bitter thoughts and feelings, and to try my best to always be kind, especially to those going through a tough time. And lastly, I buried a silver dollar for two reasons—first, to remind myself to be charitable and give to the less fortunate, and also to demonstrate that money should never be the most important thing in my life; people should be.’

The letter closed, ‘I repeated this ritual every April as a way of cleansing my soul and setting myself right with the world. I wish you nothing but peace and love in my home.’

Audrey and Sam drove home in silence, not sure what to think of the old woman’s letter or yearly offering to the earth. Six months later when their new home was built, Sam woke early one April morning to find his wife out in the front yard sipping coffee and holding a small gardening tool in her hand. ‘What’s up sweetie?’ he asked. Audrey smiled and said, ‘Give me your watch.'”

This story is a work of fiction based on a true story.

This story was submitted to Love What Matters by John Gray, and originally appeared here. Submit your own story here. Be sure to subscribe to our free email newsletter for our best stories, and YouTube for our best videos.

‘He must have been a real keeper for you to honor him this way.’ She responded, ‘Anyone can say they love you, dear. But your true love will show it in a million little ways.’: Elderly widow explains life with ‘true love’

‘I was pushing my shopping cart filled to the brim with children and food through the store when an older gentleman approached us. He looked straight at me and said, ‘I want to tell you something.’: Woman receives important life lesson from total stranger 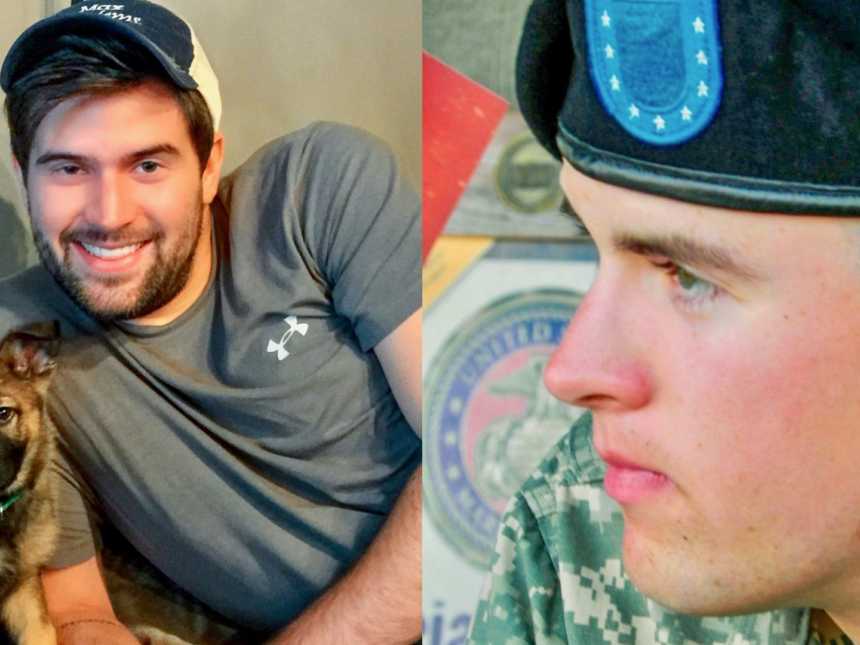 “We didn’t know when we went to bed, and you told us you loved us, it would be the last time we saw you alive. You didn’t know either. You only wanted care from the VA. Did you know the priority mail envelope that contained your hearing appointment was finally delivered to me, 4 months after you died? Yeah, you can’t make this up. We applied because of your pain.”

‘At 13, I was 300 lbs. My dad told me, ‘If you want to kill yourself, I’ll help you pull the trigger.’: Woman undergoes weight loss surgery at husband’s demand, ‘My soul is healing with each bout of laughter’

“I almost died on the operating table while my husband was talking to other women. ‘He said you’re giving him a hard time about not coming to visit you. You need to be more independent and let him do his duties.’ I was physically and emotionally broken. I didn’t care if I survived.” 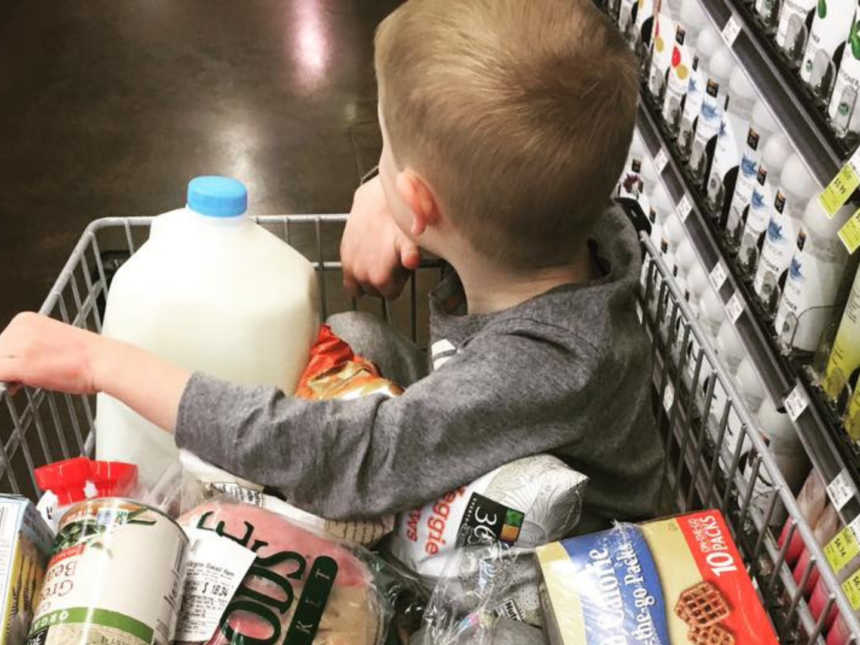 ‘I was pushing my shopping cart filled with children and food when an older gentleman approached us. He looked straight at me and said, ‘I want to tell you something.’: Woman receives important life lesson from stranger

“A little while later, he made a beeline back to us. Then, he looked me in the eyes and said, ‘But we still have that birdhouse.’ My eyes immediately flooded with tears.”

‘It stings to watch other kids play so effortlessly. I play the ‘what if’ game every. single. day. 6 years later, I am still holding my breath.’: Mom shares candid reality of special needs parenting

“My life will never be what I expected. It is the opposite of typical, nothing like I could have dreamed. But I get to love my child in a way most would never understand. My purpose is far beyond understanding.”