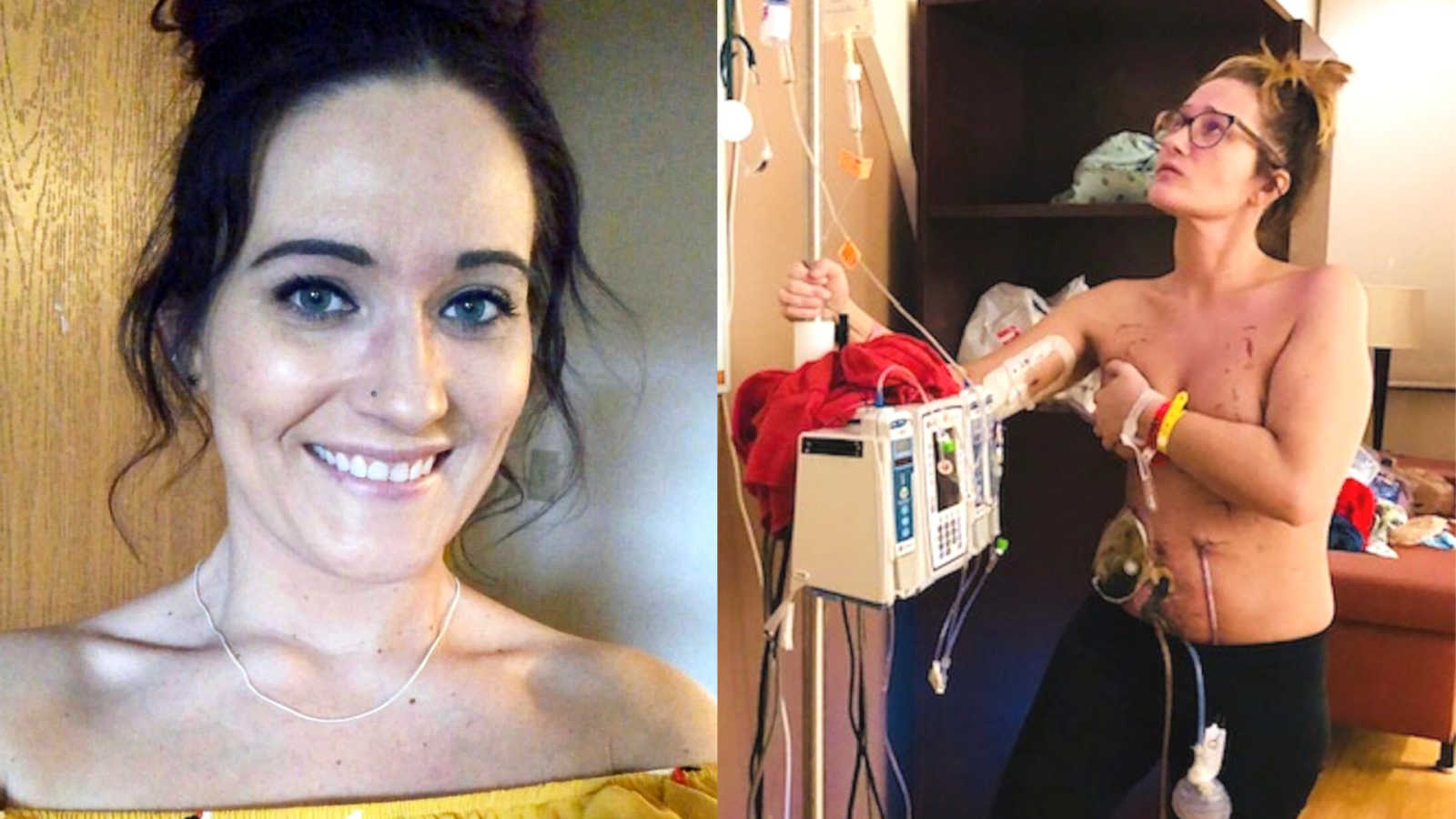 “August 15th, 2018 started like any other day. I got up, got ready, ate breakfast, and ran errands. Later that night I worked a six hour shift. I was singing on snapchat, one of my favorite pastimes, and was in high spirits. I was in bed by midnight but wouldn’t be sleeping soundly through the night. An hour later the pain hit. Now, I’ve had Crohns Disease for 13 years and lost my colon in 2012, and am very familiar with these sorts of pains.

I’m lying in bed debating whether or not I should go to the hospital, and the pain is getting worse and worse. I am convinced I have an intestinal blockage, something I’ve dealt with several times since getting my second ostomy (a pouch to collect stool or urine) in 2017. I was on the verge of passing out from the pain when I finally decided to call for the ambulance around six a.m. When I arrived at the hospital they immediately ordered a CAT scan. This is normal procedure for someone with Crohns. What was abnormal was the second CAT scan they called for two hours later. The doctors were so shocked by what they saw in the first scan, they ordered another to ensure a mistake hadn’t been made. It was the end of normalcy, and the beginning of one of the hardest battles I’ve fought.

The CAT scan showed the muscle around my ostomy had twisted 180 degrees and was twisting my small intestine into itself, cutting off the blood and oxygen supply. I vaguely remember them trying to tell me what was going on before receiving copious amounts of medicine to ‘make me comfortable.’ The next two weeks are pieced together from third party accounts. I remember nothing of what happened during that time. I was put into a medically induced coma on the operating table and left cut open for 3 days. My surgeon was hoping by leaving me open and directly exposed to oxygen, some of the dead tissue around my ostomy might recover. Meanwhile he scrambled to find a course of action. He was calling other medical professionals across the country. He told me it was something akin to a freak accident, and he had never seen anything like it before.

Thankfully the emergency surgery was successful, and the dead tissue around my ostomy recovered somewhat. I still ended up losing five centimeters of my small intestine, and my ostomy had to be revised. The three weeks after surgery were a painful hell!  In all my 13 years of being sick and having surgeries this was by far the most severe and horrid surgery. Because it was an emergency surgery, I got the dreaded eight inch fish cut right down my abdomen with 100 staples piecing me back together. Despite a lifetime of doctors and procedures, I had never gone through anything of this severity. This was all new for me. I convinced myself recovery would be a breeze and I’d be out of the hospital in no time.  Boy was I wrong.  The pain was immense and my intestines wouldn’t ‘wake up’ after surgery. They weren’t processing and moving the way they should, and I went two weeks with no food before my doctor decided to put me on TPN (infusion based nutrients and fats). I ended up being on TPN for four weeks. I received a blood transfusion, had to do physical therapy because I had been bed ridden for so long,  and lost a whopping  20 pounds while in the hospital. I couldn’t do anything for myself, including bathing or keeping up on my personal hygiene. I’ve never felt more helpless in my life. I was frustrated at my body for being so weak and not bouncing back as quickly as I was accustomed to. I was growing impatient to get back to the life I had been torn from.

The absolute worst part of this all was how many times I was stuck for IV’s during my seven week hospital stay. It had to be in the hundreds. Sometimes eleven at a time just to get one IV or one blood draw. On top of that, the medicine they were putting in my veins was so harsh it was causing the IV’s to blow daily. My veins were already difficult to find, and after all of the IV’s the pic line nurses couldn’t find the veins anymore. They had to send me down to radiology for an x-ray just to find my veins to stick me some more.

I have always considered myself an optimistic person, always tried to remind myself this pain is temporary and my body will heal. This time was different. I began questioning my predicament. I asked myself a million times ‘Why me? Why is this happening to me?’ I was in so much pain and my stay in the hospital felt never ending. It was a difficult mental space to get out of, but one day I got to thinking about all of the people who have shared their stories with me online, many of them newly diagnosed. Many of them were so devastated they hadn’t shared their diagnosis with loved ones yet, but they felt they could share their devastation with me. I told myself I was built for this. My body was going to heal. I’d been through so much at this point I was going to be damned if this is what took me out.

As mid-September hit, with no end in sight, I decided I was tired of feeling sorry for myself. No matter how much it hurt I had to get out of bed every day and walk. I had to try. I set myself a schedule and I stuck to it. I’d get back to my room exhausted and sweating from one lap around the hall. Every day I would wash up, brush my hair and teeth, and clean my hospital room. These small things not only made me feel like normalcy had returned to my life, but each one was a small victory in my recovery. After two weeks of my new routine, I was feeling healthier and stronger. My next challenge was solid food. It didn’t go too well the first couple of tries. You can imagine the shock my intestines must have been in after six weeks of not having to do their job. Fast forward to October 8th, one week shy of the two month mark when I first arrived, and I was finally released to go back home.

The first month being home came with its own set of difficulties. I had always trusted my body to get me where I needed to go, but this time around simple things like going to the store drained my stamina. I had to get a handicap placard, and try to conserve my energy when I went out. It also felt like a different place. I’d been in the hospital for two months, and everyone else outside had been living their lives. For me, time had stood still. I had missed so much, and had to jump right back in. The FOMO was real in a major way. Everyone else had gotten to live, and I had just been trying to survive. For me the biggest help was getting back to work. It gave me a much needed sense of normalcy and gave me a reason to push myself and gain back my stamina. I had a concrete reason to get up every day, and even though it was hard at first it truly did help motivate me to keep going. It was far from easy though!

Sometimes I looked back and honestly don’t know how I made it through those two months. What I do know is: life is so beautiful and so worth living, and I will always fight to be here. One of my favorite quotes and one I say to myself often is: ‘You gain strength, courage, and confidence by every experience in which you really stop to look fear in the face. You must do the thing you think you cannot do.’ (Eleanor Roosevelt). Recovering from this experience felt like something I couldn’t do, but I had to. I have confidence I can face whatever I come up against next. I will always fight for my health and my well-being. I’ve always believed in mind over body. As long as you keep a positive mind your body will have no choice but to follow suit.”

This story was submitted to Love What Matters by Brianna Ramsey. You can follow her journey on Instagram here. Submit your own story here, and be sure to subscribe to our free email newsletter for our best stories.

Read other inspiring stories of people living with illness here:

‘One thing that’s become apparent throughout my chronic illness is, as a society, we’ve become so conditioned to view disabled people to be ‘an inspiration.’ 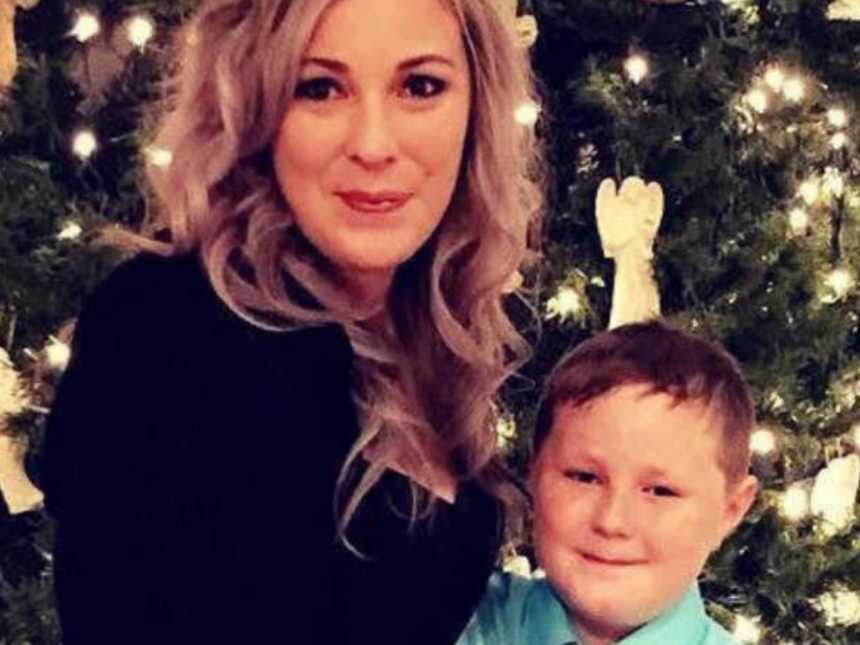 ‘I’ll catch you.’ My husband was chasing me. It was 28 degrees outside. I ran 2 miles, barefoot, to the police station, for my life.’: Mother finds courage to leave abusive husband after realizing this is ‘not love’

“The next morning, I tried to sit up, and that’s when I knew something had happened. My husband was sleeping like a baby next to me but his knuckles looked bruised and swollen. I scanned the room for my phone, and noticed it placed neatly on his bedside table… only mine was smashed beyond repair.” 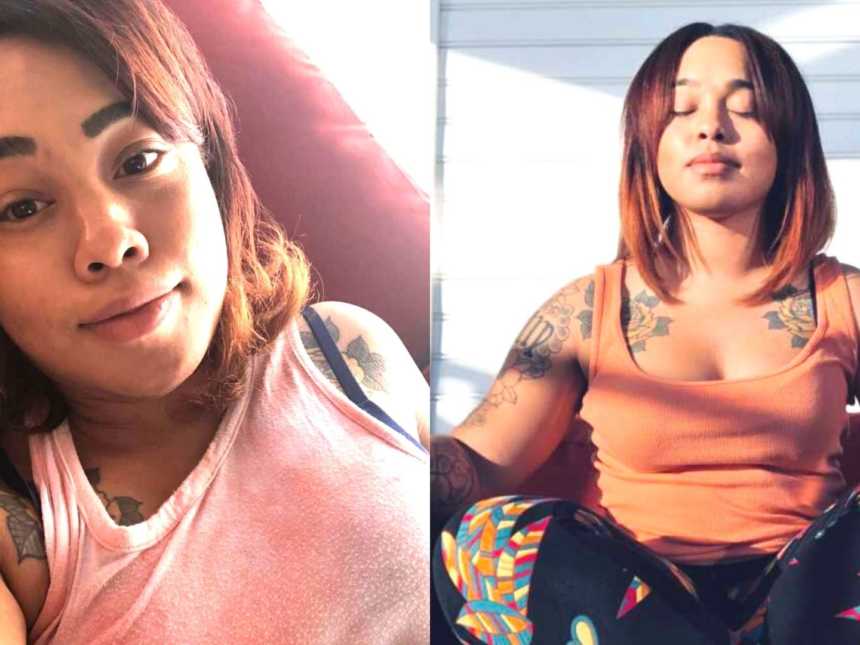 ‘This isn’t for me. I quit.’ The pressure lifted from my chest. I was free to forge my own path.’: Woman deletes social media on healing journey, ‘I started a clean slate’

“I quit my job. I avoided a possible catastrophic marriage. Everything I’d kept bottled up was starting to surface. I didn’t have much courage under my belt, but I was still brave.”

‘I was handed a drink. I woke up in an empty room, except for an air mattress. I was completely naked. All my belongings were missing.’ Woman ‘hurt no one was looking for me’ after 3-day-long sexual assault

“There was a window in the bedroom. I tried to open it, but it had been nailed shut. Then, the guy I knew from the party opened the door. ‘As long as you’re compliant, you’ll make it home,’ he said. No one took any notice that I had been gone for 3 days. Not my family, not my friends, not my instructors at school. No one. I felt completely alone. Nobody ever asked me if I was ok.”

“We went to bed, said our ‘I love you’s.’ Exhausted. He rubbed my back as I drifted off to sleep. At 5:00 a.m., I awoke to use the bathroom. I guess he couldn’t sleep? He wasn’t in bed. He must be downstairs. The TV wasn’t on. No living room lights. Just a faint glow from the bottom of the bathroom door. I couldn’t save him.” 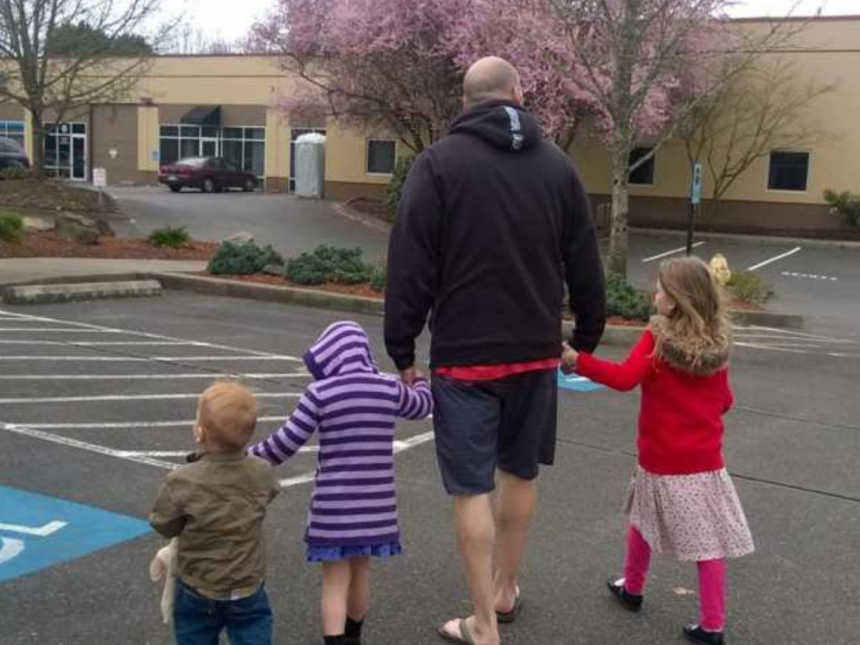 The call came at midnight, ‘We have a 3-year-old girl at the hospital. Her mom was shot, Her dad has been arrested. Can you come pick her up?’

“Calls from DHS are like a Create-Your-Own-Adventure Game. Each ‘yes’ takes your family on a wild new adventure you never expected.”