“At our 20-week ultrasound, on June 17, 2014, we found out our son Lawson had a heart defect known as Hypoplastic Left Heart Syndrome, which meant he only had half of a heart. He had an 85% chance of making it to term, and if he did would need a series of open-heart surgeries in order to live. The first of which would take place during his first week of life, the second at about 4-6 months old, and the third somewhere around age three.

He was as perfect as he could be. He was born at Kaiser Sunset, in Los Angeles. He would stay there only a few days before being transported over the Children’s Hospital Los Angeles where he would have his first open-heart surgery and remain for his recovery, which on average was 40 days. Ryan and I would stay in the hospital and the Ronald McDonald House Los Angeles during this time, while our 3 older boys were back home and being cared for by our family.

On November 4, 2014, at just six days old, Lawson underwent his first open-heart surgery. He was recovering well when it was discovered he needed additional surgery to repair one of his lungs.

It had gone into shock during the open-heart surgery and needed to be repaired. On November 25, 2014, Lawson underwent another surgery called a Diaphragm Plication. They tacked down his diaphragm in order to allow his left lung to fully expand.

We rejoiced in the fact that we were all home together for the first time and it was amazing. Our routine with him was very detailed, as he was so delicate, and we knew his condition could go from great to critical in a split second. The doctors told us, ‘The time between his first and second open-heart surgeries are the most delicate.’ We just needed to ‘Get him to the Glenn’ which was the name of the second OHS. His next surgery was scheduled for his 1/2 birthday on April 29, 2015. We were so excited they thought he was doing so well he could wait until the 6-month marker. All his echoes were always great. His cath procedure went perfectly. He never had a bad checkup.

April 28, 2015, we checked into the Ronald McDonald house for another stay. We were told this one should only be 4-7 days, as the recovery from this surgery wasn’t nearly as long or hard on the babies. We went over to CHLA for Lawson’s pre-op and when he got an A+ and was all set for surgery in the morning, we headed out into the city for a fun day with our little warrior.

We went up to the Observatory, had lunch, looked out over the city, and thanked God he had kept Lawson healthy for his procedure. The doctors had said, ‘This surgery will make him bulletproof.’ Later that night, we drove around the city so he could sleep, went back to the Ronald McDonald House, gave him a bath, and put him to bed.

April 29, 2015, we were up before the sun and checked in over at CHLA for his surgery. We waited for hours. The hospital staff told us multiple times that ‘Lawson’s surgery was going to be pushed back because of other more emergent cases and not enough space.’ I prayed to God, ‘Please do what needs to be done to get my baby the surgery that will make him healthy enough to live a full life for many years to come.’ I wanted nothing more than to give him all of the life he fought every day to have.

Finally, after hours and hours, we were called back, and it was his turn. Just as I handed him off to the nurse, he began to cry, and right before we watched them walk him back to the operating room, we locked eyes. I had no idea it would be the last time I would ever see those beautiful blue eyes again.

Hours past and we were told the surgery went great. They were able to make all of the repairs needed and he was recovering well. We could see him soon. We went back to see him shortly after and I didn’t leave his side. We were told he would be asleep for many more hours as the anesthesia wore off.

A little after midnight, I woke to the sound of chaos in the room. The nurse had just done a routine check of his pupils and noticed they were uneven which was an immediate cause of great concern. He was rushed back for a CT and we were told he had suffered a massive stroke, to the point of no return, that damaged 2/3 of his brain and the damage was increasing rapidly. There was nothing they could do for him. 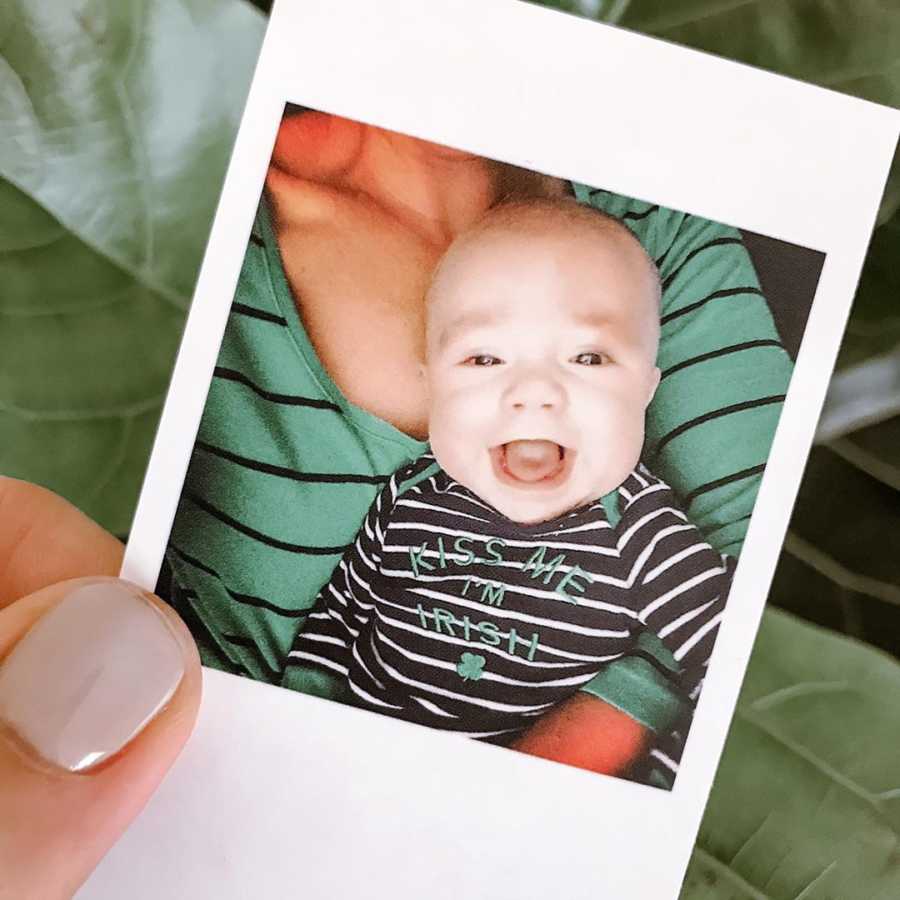 This story was submitted to Love What Matters by Meghan Fien. You can follow her on Instagram. Do you have a similar experience? We’d like to hear your important journey. Submit your own story here. Be sure to subscribe to our free email newsletter for our best stories, and YouTube for our best videos.

‘She looks like she’s been submerged under water.’ We never left the hospital. Her 321 days of life were there.’: Couple welcomes miracle baby ‘hand-picked’ by his ‘perfect sister in heaven’ after she died of congenital heart disease

‘He opened his beautiful, dark grey eyes, wise beyond his years. We made him comfortable, and waited.’: Mom vows ‘as long as I live, Daniel’s memory will too’ after losing son to congenital heart defect

‘Must be nice to have a vacation from your baby every day.’ Tears welled up in my eyes. I know she didn’t see it.’: Mom’s emotional encounter with woman after son endures open heart surgery