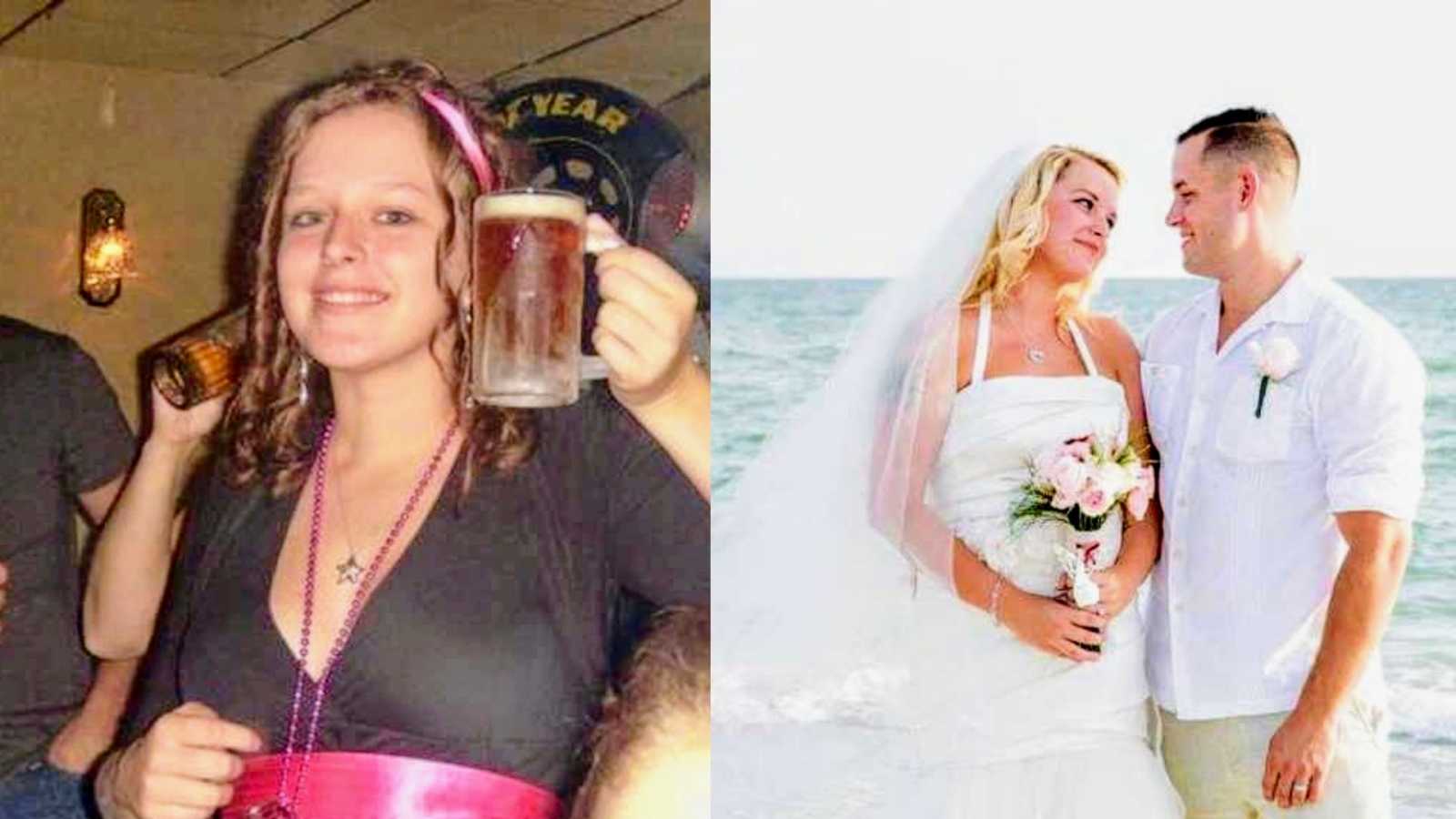 “I never wanted kids. When I graduated high school, kids were the last thing on my mind. I wanted to go to college and make something of myself and use all my millions on myself and not have to worry about taking care of any other human being. When I started partying too hard and dropped out of college I definitely didn’t want kids. I spent a few years bouncing from house to house, relationship to relationship, job to job. While all my friends were having kids young, I would always say, ‘God I’m so glad I’m not living that life.’

>I decided to join the military so I could travel and make money, still with no intention of ever getting married or having children. My military experience was awesome. I traveled, met friends, went through more relationships, found more places to live. I had convinced myself I was afraid of commitment and I would never settle down. No one like me would ever be a good mom or a good wife. I would just focus on my career. I never wanted kids.

When I turned 26 I exited the military and began college (for the second time). I got a part time job at a finance firm and found my passion for financial planning. My female boss (who is one of the smartest women I’ve ever met) didn’t have kids. I would talk with her on our ‘Friday wine time’ at the end of the week and we would both agree that never having kids is just what some people choose. The other women laughed when I said this because they had kids and probably didn’t think I was serious. But I was like, ‘come on. I’m 26… I’m not married and all my friends already have kids.’ I never wanted kids.

When I was 27 I met Dan. He was everything and nothing I ever wanted at the same time. We partied a lot and started out pretty casual. Both of us had just gotten out of some pretty serious relationships and weren’t looking to settle down necessarily. He already had a son. I had always said this would be a deal breaker for me since my last relationship with a child’ but I decided to give it one more chance. I still didn’t want any of my own though. I never wanted kids.

Slowly but surely, I became the happiest version of myself. Dan and I started talking about marriage and I didn’t freak out when the conversation was brought up. I could picture myself marrying this guy. I could even picture having a little boy of my own with him. His son came for the summer and I fell in love with him too. All of a sudden I wanted to live my life for other people.

Dan and I got engaged after dating for almost two years. We got married six months later and it was the happiest time of my life. A month after we got married…you guessed it: I was pregnant. I was so excited. But of course there were worries. After all, I never wanted kids.

From the start, this pregnancy was less than ideal. I found out I was pregnant the morning of my grandmothers funeral… while my husband was out to sea. Then I found out my due date was while he would be out to sea and that he wouldn’t be back until the baby was 3 months old. I don’t think I’ve ever cried so hard as when I knew I was going to have to not only do 4 months of a pregnancy by myself but also birth and take care of an infant by myself.

Once I accepted the fact that this was a one woman show (with family support and long distance husband support, of course!), I got excited. I was going to be a mom! I wanted a boy and… like what seemed like everything else, I did not get what I wanted. ‘It’s a girl’ they said at my sonogram. Great… One more thing to worry about. Having a girl? Growing up in this world? It scared me. Plus, I’m a tomboy so I really wanted to have a boy to watch football and rough house with.

Throughout my pregnancy I had normal complications: Swelling, carpal tunnel, fatigue… the usual. When I was close to my due date, though, I began to feel funny. I would get light headed and I was super swollen. I checked my blood pressure daily because I knew something wasn’t right. I had done so much research because if I was going to have this baby on my own, I was going to do it naturally and un-medicated… just to prove how bad-ass I was. Wrong again.

On May 24th 2017, I went to the hospital because I thought my water broke and I was feeling funny. Turns out I just peed my pants a little (another perk of pregnancy!) but my concerns about my blood pressure were right. I had pre-eclampsia. Essentially, my blood pressure was so high that staying pregnant could cause me to have a seizure any moment. Do you know the only cure for pre-eclampsia? Birth… So much for natural and un-medicated.

Luckily my mom was with me and she and I went straight to labor and delivery so I could be induced. After 12 hours of trying to labor with no medication, I gave in. The baby had been having d-cels (heart deceleration) and I was over the pain. I finally laughed and said, ‘well… this whole pregnancy has not gone as planned so might as well finish it off!’ The epidural was AMAZING. I had my baby girl 2 hours after that with no complications.

>She was the most beautiful creature I had ever seen in my life. I never felt a love like that before. I had thought ‘oh I love my dog like he’s my kid’ or ‘oh I love my husband’ or ‘oh I love my mom’ and then I held the child I had just pushed out of my body and I could not compare that feeling to anything I’ve ever felt before. This little girl was now my reason for breathing. Nothing else mattered in that moment. And I never wanted kids.

Today, my two year old gives me a run for my money daily. She is just as much of a tomboy as her momma and she is still the light of my life. She gives the best snuggles and makes me laugh the hardest. She makes me realize there is a plan for us and it doesn’t matter what we think we want. And although don’t want another one, she makes me wonder every day how I ever thought I never wanted kids.”

This story was submitted to Love What Matters by Holly Jermyn of Jacksonville, FL. You can follow her journey on Instagram here. Do you have a similar experience? We’d like to hear your story. Submit your own story here, and subscribe to our best stories in our free newsletter here.

“‘Your sister-in-law has been arrested. Her kids will be placed in foster care.’ Our hearts sank! We went to court hopeful, but scared. We bought an inmate phone card just to make the 15-minute phone call to plead our case. I was so nervous I’d say the wrong thing. ‘No, I just don’t think my daughter staying with you would be best,’ the bio mom said. As simple as that. No reason or explanation. I looked at Drue with desperation hoping he’d press the issue. He just shook his head no.” 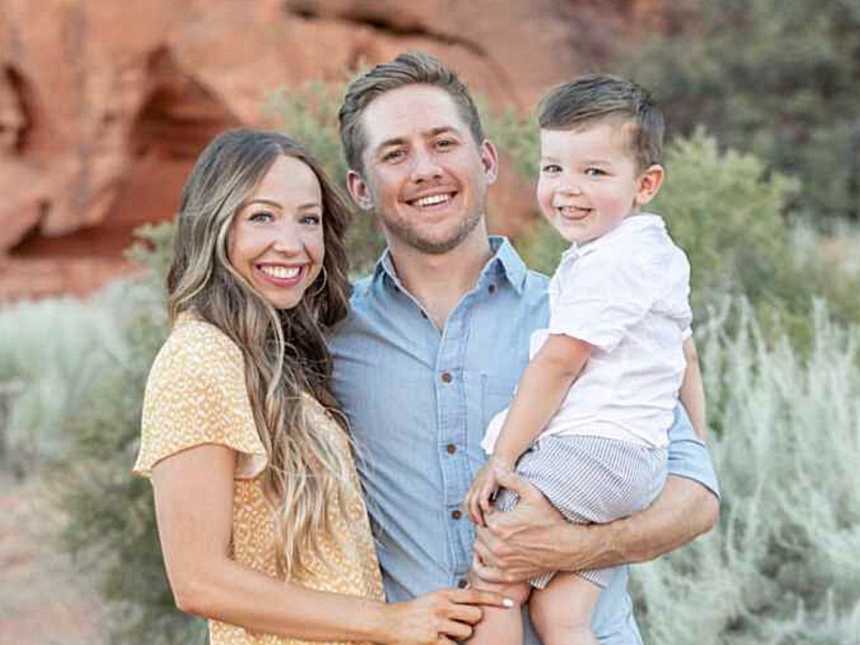 ‘It HAS to get better!’ I didn’t want divorce. But dating sounded AWFUL. We both ate our words.’: Single mom finds love after heartbreak, ‘I’m the happiest I’ve been’

“My world shattered before me. Everything I thought I knew was put into question. I told myself ‘I’m not dating ANYONE for at least a few years!’” 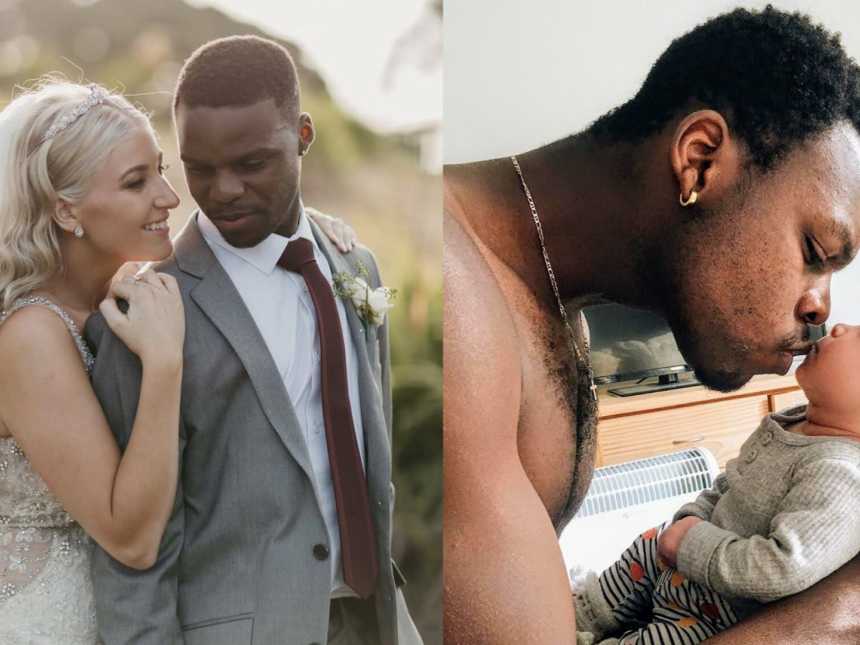 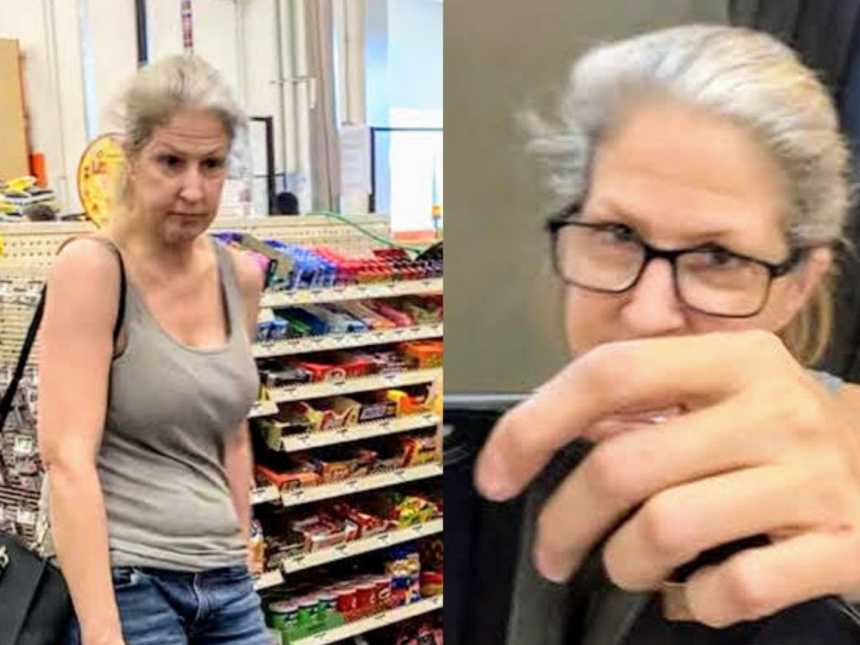 ‘I’m going to SPIT and COUGH on you.’ She began proclaiming ‘WHITE POWER’ and snatched my mask off my face.’: Woman stands up to racist lady in Home Depot, ‘Racism is not welcome’

“I was walking with an employee when a woman interrupted us mid-conversation. She took her mask off to complain about other customers who didn’t have theirs on. I asked her to keep her mask on as well. Everything escalated so fast. Walking away would have been easy. However, it wouldn’t have been the right thing to do. Not in my heart.”