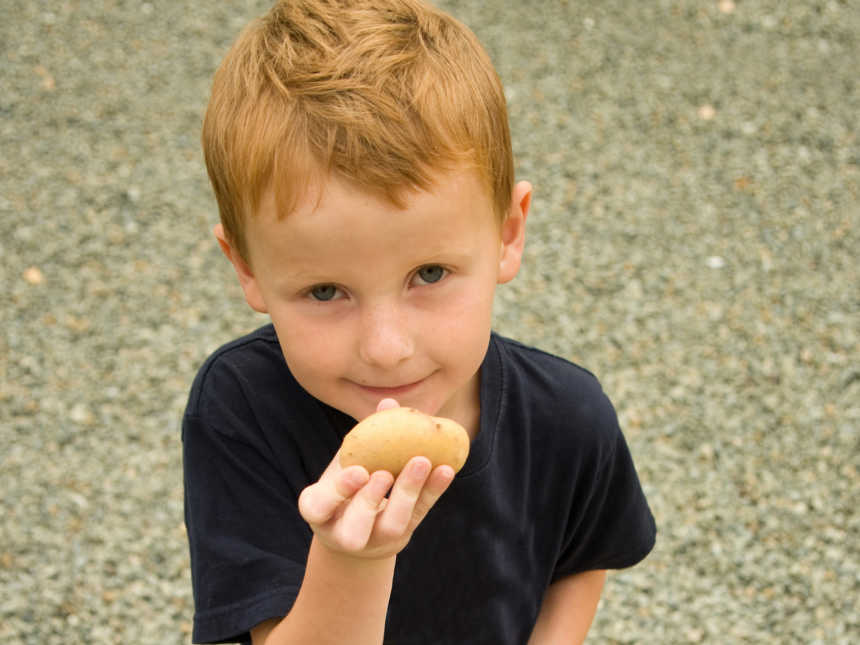 Here is a potato trick for a parent in need from a clever Dad. It started with a scenario we can all relate to…

One clever dad came up with an ingenious, albeit odd, trick for any parent in need of shutting down a toddler temper tantrum. It started with a scenario we can all relate to…

“So, today my three year old is just whining and complaining about everything. From his lunch to having to clean the floor to the show his brother wanted to watch,” this Dad wrote on Reddit.

“When you’re cooking a soup or a stew you add a potato to it if it’s too salty because it will absorb extra salt,” the dad explained.

He then continued with this brilliant Dad pun…

“So I told him that he needs to stop being so salty… And then it clicked.

I found the biggest potato we had and told him that he needs to hold onto this until he changes his attitude. He’s ‘too salty’ and when he’s calm and ready to say nice things he can put down the potato and join us again.”

So did this dad’s “Sarcastic Dad-Brain” save the day?

“And I’ll be…it worked!,” he excitedly wrote. “He thought it was so silly and his mood changed. At first he was confused and wanted to put it down, but I told him that he will absolutely under no circumstances put the potato down until he’s in a better mood to compose himself.

Parenting. Making stuff up and hoping our children can contribute to society and don’t grow up to be jerks.” 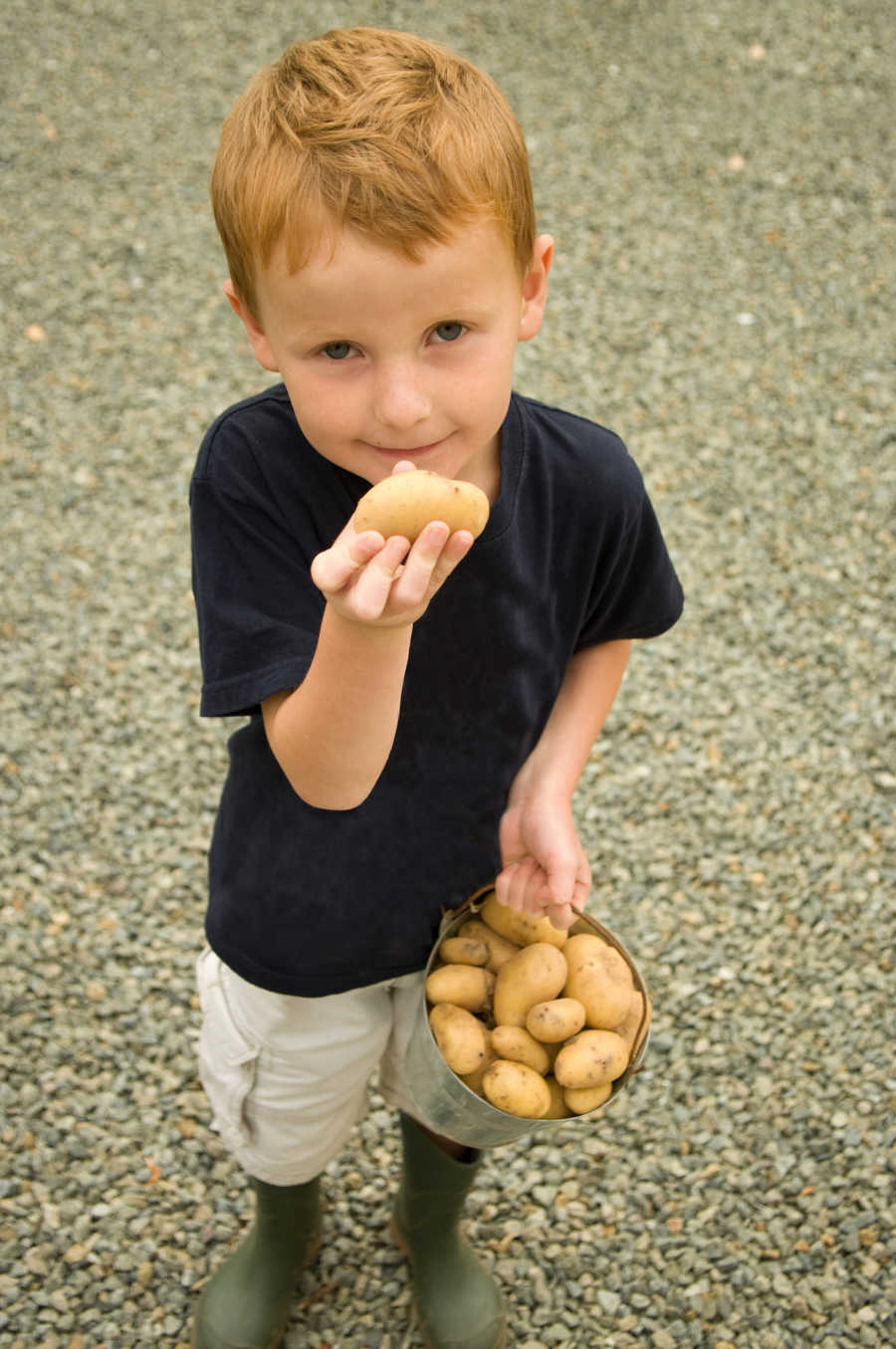 We’re all taking notes from this super hero Dad! Kudos to you!

‘Why did my parents break up anyway?’ It took me by surprise. I wanted to be honest.’: Stepmom caught off guard by stepdaughter’s ‘tough questions’ over dad’s relationship with ex

“I put my stepdaughter’s plate on the table. She looked at me. ‘Is being a stepmom really hard?’ All I could think was, ‘we don’t have enough time in the day.’ I braced myself for more. She sat for a minute, eating her eggs and fruit. I thought I was in the clear. Wrong. Here came the hardest question. ‘Why did my mom and dad break up?’ she asked. ‘Uhhhh… Uhhhh… Uhhhh…’ I couldn’t give her all the dirty details.”

‘It’s too soon. No one would approve.’ I met K at the wrong time. At 26, I had already been married 6 years, parented 7 children and miscarried 2 babies.’: Woman gets real about dating after divorce

“My phone vibrates in the middle of my text. It’s an unsaved number. I just stared at my phone. ALL I could think about was the tall handsome dude at the store, whom I didn’t even catch the name of.”

‘My daughter waved a piece of paper in her hand, exasperated. ‘What’s wrong?’ She said, ‘This assignment!’: Student powerfully pushes back after racially-insensitive assignment on ‘ancestors’

“She insisted she alone would handle it. ‘I’ve got an email to write,’ she announced. An hour later, she returned with a draft to the teacher: ‘Good afternoon. I am unsure of whether or not it came to mind when creating this assignment that not all students come from a line of descendants whose history involves voluntary immigration.'”

’38 weeks pregnant with twins, the doctor said, ‘Your other son has cancer wrapped around all his organs.’: Recovered addict urges ’embrace the challenges’ after birthing twins, Neuroblastoma survivor

“The only words I could get out were, ‘He won’t die, right? He won’t die.’ As long as I live, I will never forget the doctor’s response: ’50/50 chance.’ He called me an ‘idiot’ for wanting to place him on a second treatment trial. ‘We need to stop.’ I knew it was right for our boy.”

“We woke up to find him gone. We’d just gotten into an argument because he was caught sneaking out. We couldn’t call him because he had his phone taken away. Panic set in. Was he running away? Or just hiding out for a bit? We turned the corner to police cars, fire trucks, and road closures. ‘Are you Jennifer Chappell?,’ the police officer asked me. ‘Yes.’ I was too late.”