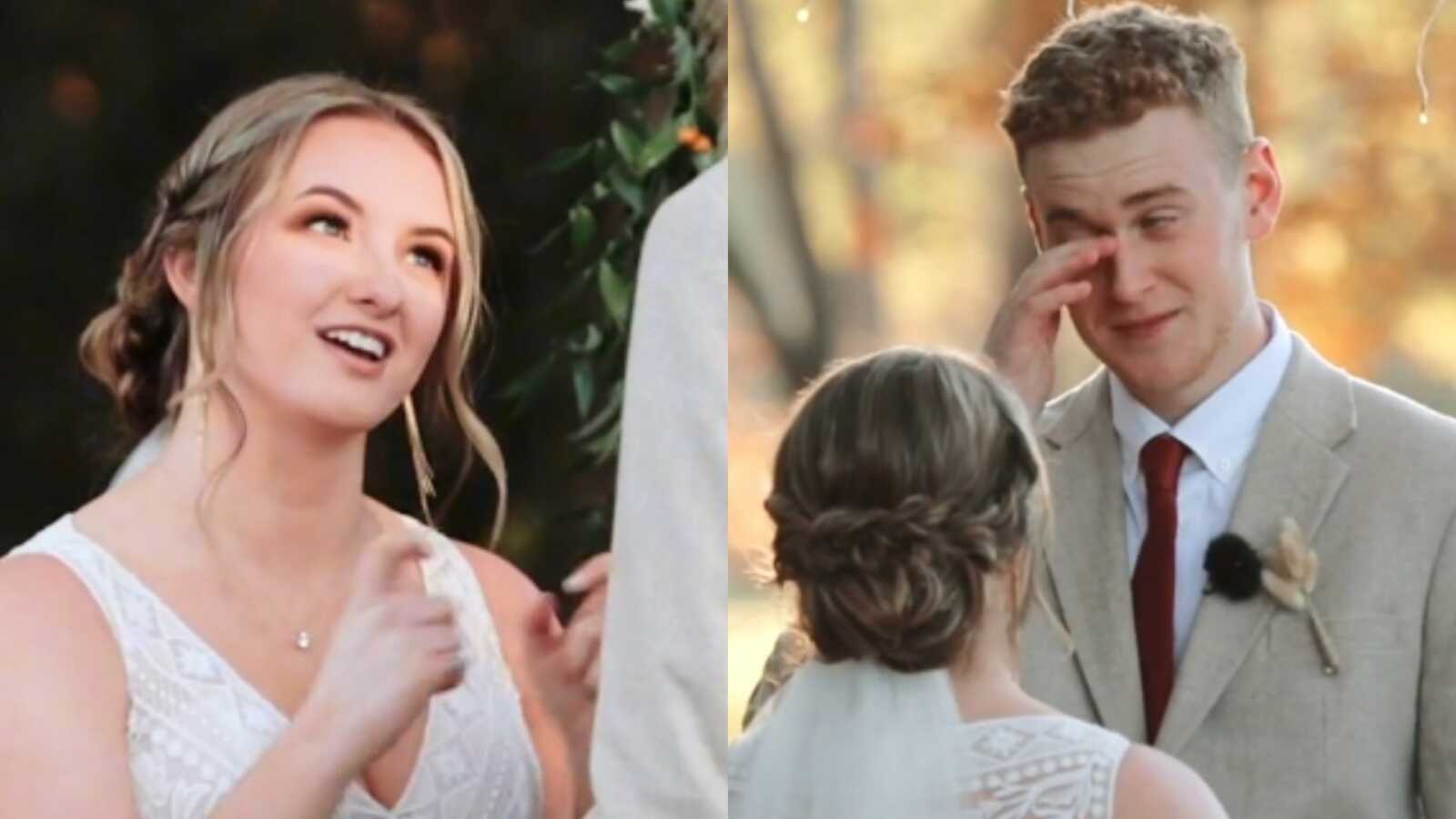 Planning a wedding takes time and hard work, but Kelsey Kulick thought of the perfect touch to add to their vows the minute she and Michael Kulick got engaged.

Because both of Michael’s parents are deaf, they communicate using sign language. Kelsey doesn’t speak sign language herself, though, so she decided to learn some so she could sign her vows for them.

Before she committed to the idea, she wanted to hear Michael’s opinion. “I wanted to run it by him because I wanted to make sure it was going to be OK with his parents before I just did something,” Kelsey said, “and so he told me that he thought they would love it.”

Michael added, “And then I completely forgot.”

Realizing this, Kelsey took advantage of the situation and kept it a surprise from Michael as well! To pull it off, she got help from one of his aunts, who is married to a deaf man.

“I basically just asked her if she could record herself signing my vows so that I could use it and practice it and know that I was doing the right signs,” Kelsey said. “I used that for several weeks and practiced on my own and then surprised him and his family and my family.”

When the big moment finally arrived, the only people who knew about Kelsey’s plan were Michael’s aunt and the wedding videographer, Chandler Smith — who beautifully captured and shared the moment online.

“It took me a second to really realize that she was actually signing her vows. All my emotions caught up to me at once, and I just couldn’t contain myself,” Michael said. “I thought it was really sweet. It really was probably the most special moment of the wedding besides us actually getting married and becoming husband and wife.”

“My parents thought it was super sweet,” Michael explained. “They kept on going on and on and on about how special Kelsey was and how special that moment was for them.”

Since sharing their special moment online, Chandler’s video has gone viral with over 700,000 likes! This sweet couple appreciates all the love they’re getting, but Kelsey also wants to reiterate that the reason she did this wasn’t about getting attention online, but rather, it was about respecting his family, something she plans on continuing to do in the coming years.

Watch part of Kelsey’s vows in the video below.