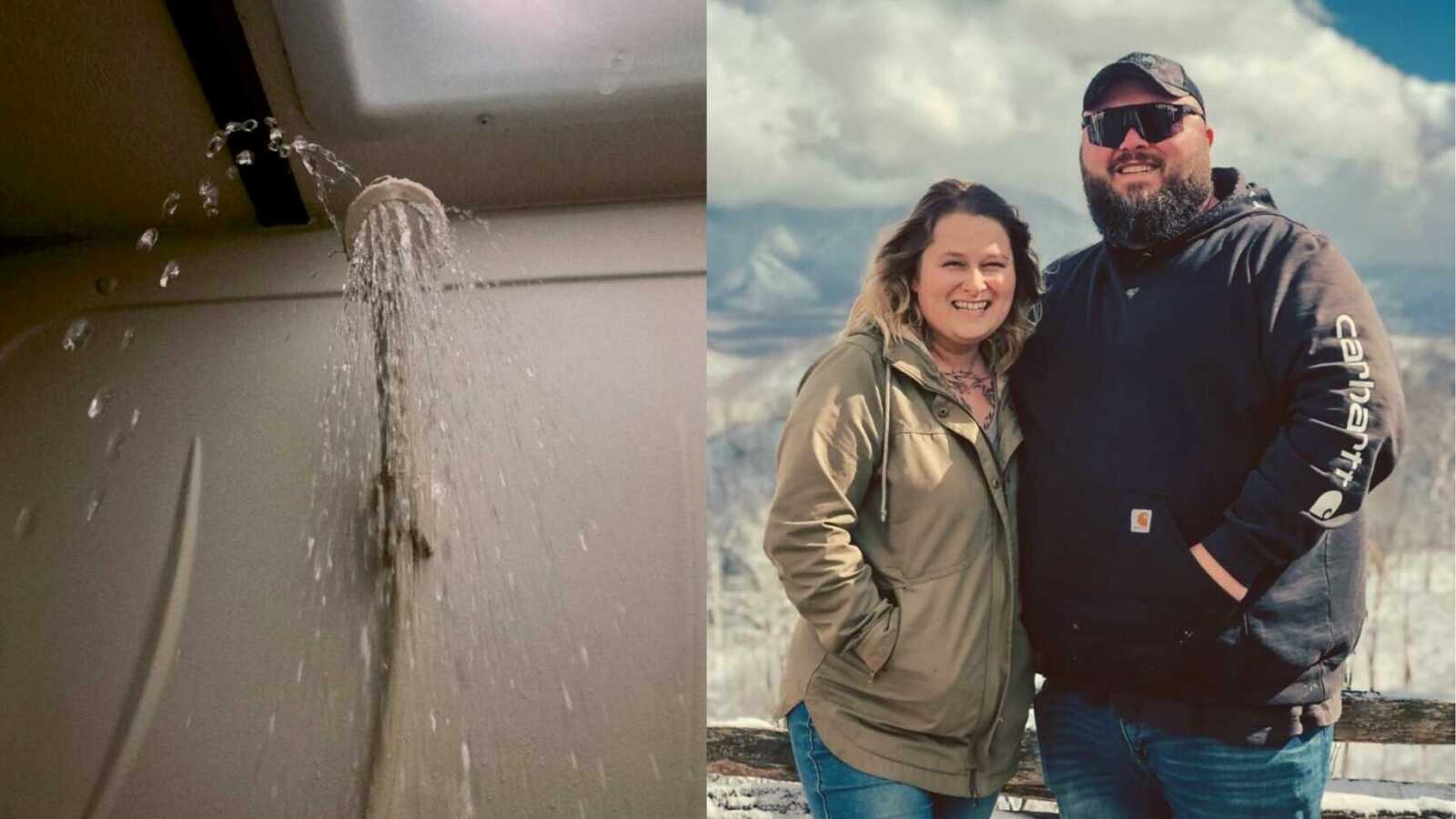 “You know that feeling of stepping into a steamy hot shower after a long winter’s day? The anticipation as you undress, grab your towel and slide your hand in to check the temperature of that luxurious flow… or rather trickle of water. No, that’s not right but that’s where we found ourselves. I mean, let’s be honest, we aren’t in a six figure camper so we didn’t exactly have a rain shower effect to begin with. In other words, that dripping showerhead was a pretty big disappointment.

‘Hey babe, we need a new showerhead. I broke ours trying to fix it.’

Casey and I are opposites in so many ways. I grew up shadowing my pa and Pa was the type of man who had confidence in his abilities whether he knew what he was doing or not. At 16, he left home and got a job on the pipeline. As he was moving across the border into Canada, they were looking for and only taking specific tradesmen. Pa’s face grew serious as he retold the story of how he assured his foreman he was the man for the job. On day one, that foreman sent him for a tool Pa had never heard of, but he walked down the line looking before turning back and confidently telling his boss there wasn’t one. At this point in the story, Pa could never contain his amusement. A grin stretched across his face as he retold how the foreman turned beet red and said, ‘You dumb hick! You passed 10 walking this way! I should kick your sorry butt all the way back to Tennessee.’ But he didn’t, and Pa’s personality and work ethic kept him on the job.

All that to say, Pa taught me to not fear failure but rather to fear having never tried.

Casey’s upbringing and responsibilities were different and not conducive to this try, fail, try again mindset. Like many adults, myself included, he has had to unlearn things he picked up in childhood that don’t serve him well in adulthood. Fear of failure is one of those things. So here’s something to try, cook, and ponder this week:

Write Out Your Goals

Somewhere along the way we discovered Casey’s fear of failure impacts his ambitions and ability to set goals, dreams, or plan big. After listening to my perspective on intentions, he was far less hesitant to start making his list of intentions for the year. Seriously you guys, writing things down with good ol’ fashioned paper and pen is a game changer. I think there’s even scientific evidence that says we are more likely to achieve our goals when we write them down, but I’m not moved by numbers so I won’t put the time into finding that research. But if that’s your jam, feel free to investigate the effectiveness of this step. Anywho, I encourage you to sit alone or gather together and make a list of things you want to work toward this year, put it on the fridge, hang it on the wall, and reread it often. If you try something and fail, congratulate yourself for putting in the effort, regroup, and try again.

Experiment In The Kitchen

The kitchen is a great place to try new things. For every bomb meal I create, there are a few that never make it into the recipe box. My Mexican meals are not one of them though. I make something we call ‘quesadilla sauce’ which is a copycat creamy jalapeno sauce, the flavorful condiment Taco Bell drizzles on their quesadillas. It’s basically fool proof and adds instant wow to any Mexican meal. Here’s the recipe (but measurements are guesstimated because I eyeball everything).

Mix it up and store leftovers in an airtight glass jar for up to a week in the fridge.

We miss 100% of the opportunities we don’t take. Failure isn’t the worst thing that could happen, regret is. Read that twice. Life is so much shorter than we realize while we’re living it. I hope to arrive at old age with a type of wisdom one can only gain from a life fully lived. Failures and all.”

This story was submitted to Love What Matters by Raquel McCloud. Follow her family journey on Instagram here and her website here. Submit your own story here and be sure to subscribe to our free email newsletter for our best stories, and YouTube for our best videos.

‘We deserve honest and direct answers about our biology.’: Adoptee advises adoptive parents on creating healthy foundations for their children

‘He heard I was a birthmother before I ever got the chance to share. He didn’t assume or judge, he offered empathy.’: Teen birth mom shares appreciation for husband’s compassion

‘How many kids do you have?’ For years, this question was a trigger. Like lemon juice in a fresh wound, it stung.’: Birthmother shares adoption grief, making peace with others’ opinions

‘Your birth daughter would like to meet you.’ I stood in disbelief. I was terrified she wouldn’t love me.’: Woman overcomes fear, ‘I wasted too many sleepless nights’