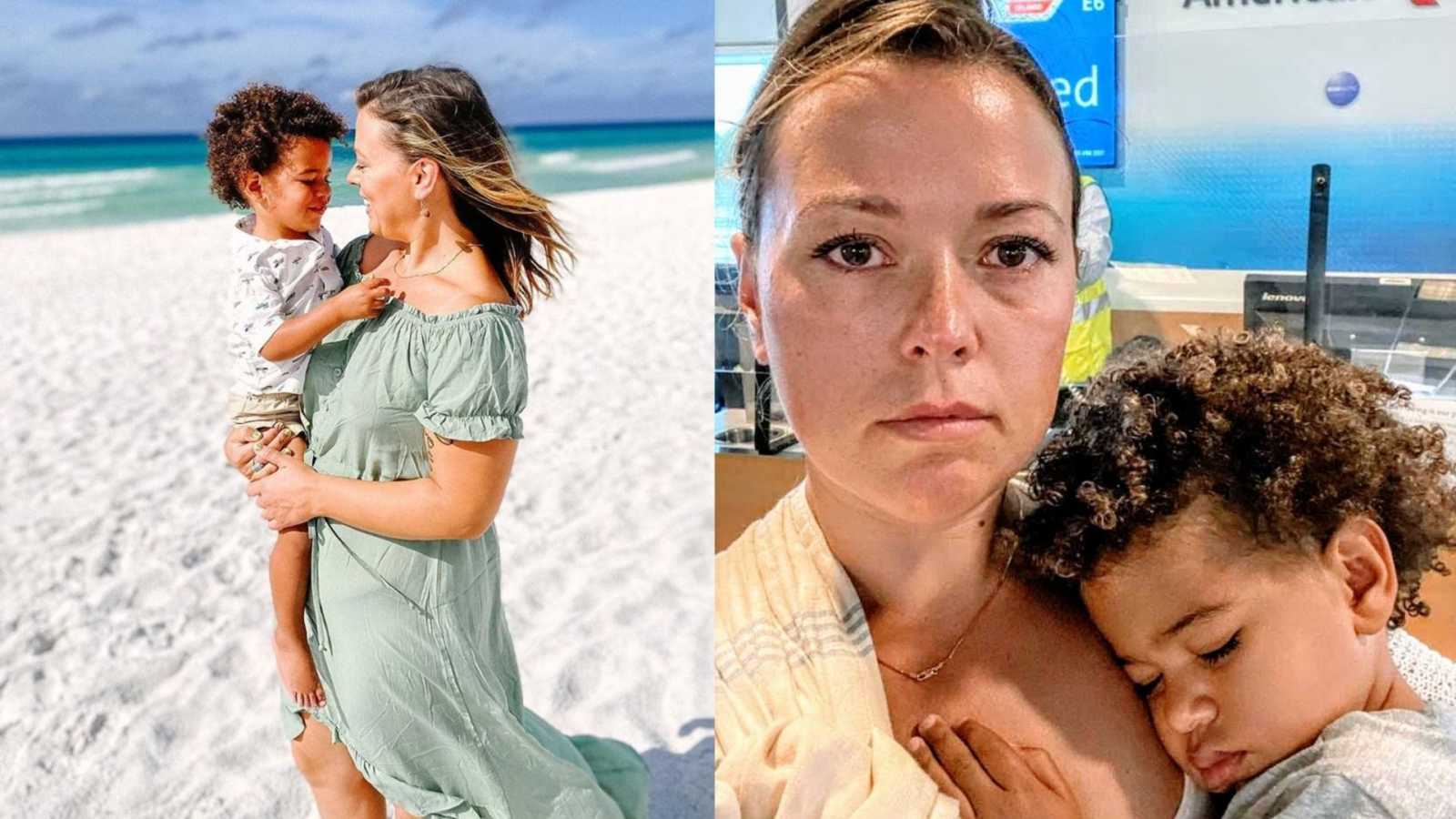 “I’m at a complete loss of words.

The face of a mama-bear who just bawled her eyes out as she was forced off an airplane because her 2-year-old wouldn’t keep his mask on.

I tried repeatedly — begged him, bribed him, pleaded with him, did everything I could while he was screaming and crying as I tried to hold him and put the mask on, feeling my absolute lowest of lows as a mother. It was his fourth flight this week.

Before I even sat in my seat, the flight attendant approached me and asked how old my son was, and demanded, according to their policy, he wear a mask.

She informed me he (my overtired 2-year-old son) would need to comply with their company policy or we would be asked to leave the aircraft.

As I tried to get his mask on, I heard the flight attendant Terry on the phone saying, ‘Yeah, it’s clear there is going to be a problem. We will need you to come down.’ The nastiest, smug look on her face.

I’ll save you the rest of the horror that happened on the plane, as I continued trying to get him to wear the mask, bawling my eyes out and hyperventilating behind my own suffocating mask. Desperate to get home after the worst week. He would have been asleep before we even pushed back, if they had just been humans.

The pilot had the final say: my son Lyon wears the mask or they will escort us off the plane.

Rather than give themselves any bad press by escorting a crying mom and 2-year-old off the plane, they forced everyone to deplane, and wouldn’t let us back on the flight home. Apparently, before we got off the plane, everyone who left before us lit up the crew in the gate area.

The captain walking right by me as I screamed my head off, in my absolute worst moment.

They moved us to a flight tonight, on the same airline who’s company policy kicked us off the last flight, because my 2-year-old son wouldn’t keep a mask securely over his nose and mouth at all times.

This is the world we live in? This is not a mask debate. This is a ‘be a human’ debate.”

This story was submitted to Love What Matters by Rachel Starr Davis. You can follow her journey on Instagram. Submit your own story here. Be sure to subscribe to our free email newsletter for our best stories, and YouTube for our best videos.

‘Before he ended the call, he said to his son, ‘I love you. I’m proud of you. You are capable of big things.’ I choked back tears behind my mask.’: School administrator urges ‘you set the tone for this year’ after tearful encounter

‘A handsome couple with no masks is livid because there are no walk-ins. Her mask is hanging off a Prada handbag. ‘We will take our business elsewhere!’: Woman shows grace to staff after restaurant horror scene, ‘I’m ashamed of all of us’