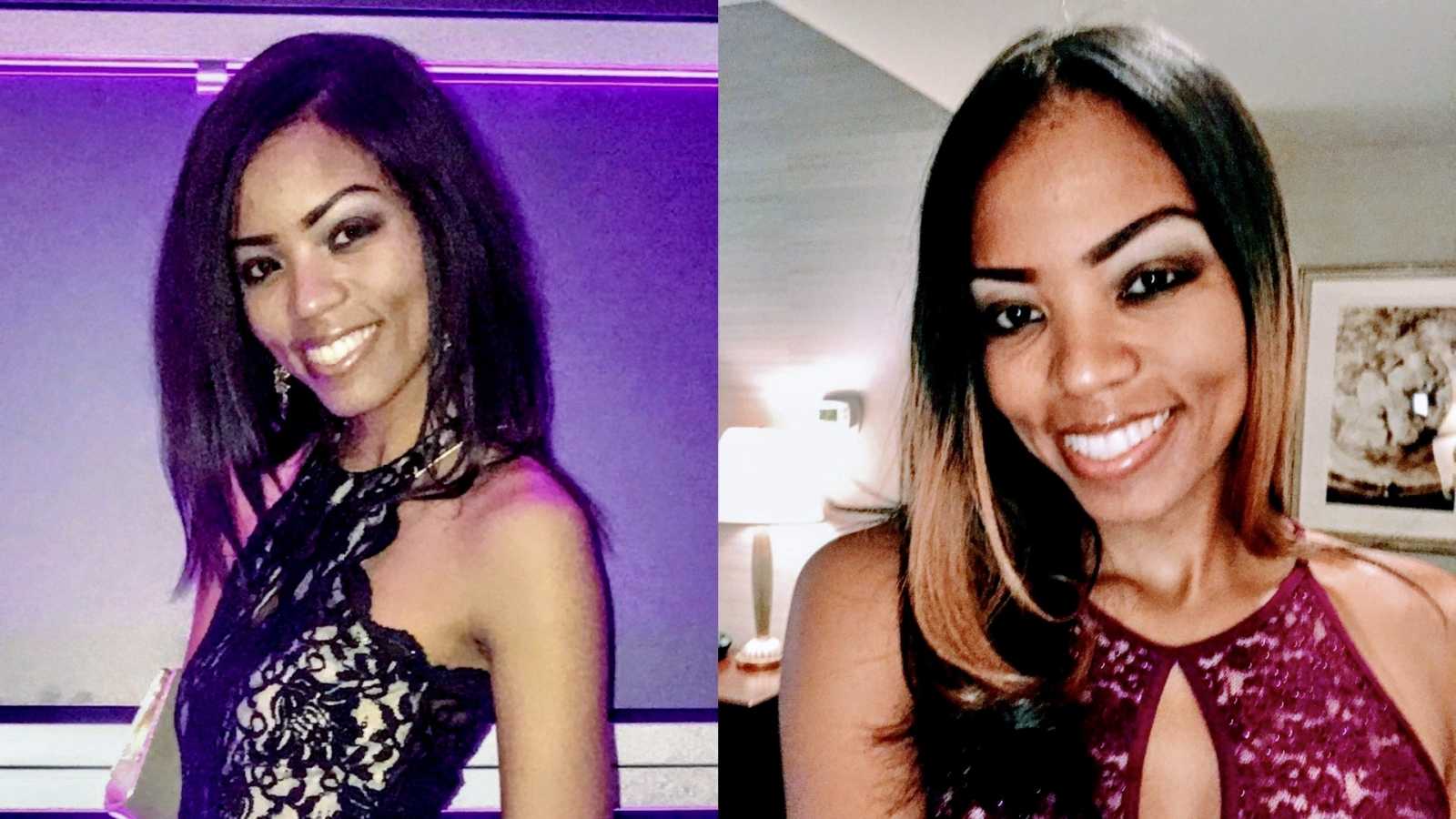 “We were introduced through a mutual friend; a friend who believed we would be ‘perfect’ for each other. She invited me to a birthday party where he was set to attend, and through her contagious excitement, I became excited too. The night of the party I was miserably sick. Coughing, sneezing, stuffy… everything that NyQuil commercial warned us about. I arrived late with the intention of not staying long but changed my mind once she introduced me to HIM. We talked, laughed and danced for hours, until he eventually asked for my phone number. I declined; citing the fact that I recently ended a long-term relationship and didn’t think I was ready. Hours later I reached out to our mutual friend and asked for his number anyway to which she obliged. Years later I would wonder if that same friend realized it was that moment that changed everything.

Here we were, two months after the birthday party, and I was just as smitten as our first conversation. He seemed to be unlike anybody I had ever dated before. Outside of the obvious difference, (this was an interracial relationship), he was different in the fact that he appeared to have his life together. He had a great job, was a dedicated father to his daughters, and was on the right track to a promising future. It was during this time that he confronted me about some text messages he saw in my phone between myself and my ex about a possible reconciliation. He was hurt understandably and, in his words, felt I betrayed him. I found myself having to make the choice between trying to fix an old relationship or leaving my past behind in the hopes of starting a future with him. I chose him and never questioned the fact that he had gone through my phone.

We continued to date, eventually deciding to make our relationship exclusive, but it was too late because he never trusted me again. If he called and I let it ring too many times, or God forbid, didn’t answer, I was cheating on him. If I cancelled a date for any reason, i.e., lack of a babysitter or working late, I was cheating on him. According to him, I was either sleeping with my ex and all of my male friends or wanted to. My 2nd job as a part time waitress at a local sports bar caused many arguments, to the point he would show up posing as a customer to watch how I interacted with other patrons. Any free time I had outside of my children became consumed with him until I wound up alienating my friends, my family and any hobby I had, including my passion for writing and performing Spoken Word poetry.

The first time he hit me was with a pillow. We were sitting on the bed arguing over yet another accusation he was shooting my way. The name calling and verbal abuse, which had been going on for two years at this point, was worse than ever before. It was only so many times I could hear ‘stupid c*nt, dumb black b*tch, worthless whore’ etc. etc. et damn cetera. I was preparing to leave when he picked up a pillow, hauled off and slapped me in the face with it. He did it so hard that I fell off of the bed. I don’t know what I felt more, surprise, hurt or anger… but whatever it was I couldn’t do THIS anymore. I jumped up, crying and squared up my fists as he charged at me, threw me to the ground and begin kicking, hitting and choking me. I fought back with everything I had in me, but I was no match for his strength or rage. I was left with a broken spirit and bruised body, but it would be many more incidents like this one before I would leave for good.

March 24th, 2012 was the last time he would put his hands on me. This would be the day that I would suffer two broken ribs and a type 2 concussion. This would be the reason that I would go to my job once again hiding bruises but this time also pumping a doctor prescribed asthma inhaler to prevent me from getting pneumonia as a result of the rib fractures. At this point, the weight of everything I had been going through began to catch up with me and I was suffering from severe depression and suicidal thoughts. I had lost my home about 6 months prior due to financial hardship, temporarily sent my children to live with my daughter’s father and I was living with the man who was abusing me–all the while trying to get back on my feet. He eventually began counseling and promised things would be different. However, while the physical abuse had ended, the verbal and emotional abuse had not. I left for good several months later after he called my mother and sisters a ‘n’ word during an argument.

Seven years later, I stand here before you as a strong, bad-ass and unstoppable survivor, mentor and advocate; often sharing my story via my gift of Spoken Word poetry. As a matter of fact, just this week I was honored to receive the ‘Survivor Activist Award’ at the National Coalition Against Domestic Violence ‘Voices in Action’ Awards Gala! Imagine being afraid to use your voice for years just to later win awards for refusing to shut up?!

I am also the founder of this amazing 501c3 non-profit organization, G.R.O.W. Foundation (aka Girls Recognizing Our Worth), which provides victim and survivor advocacy, awareness and community outreach.

I ask this of anyone who is or may be going through an abusive relationship. PLEASE talk to someone. You are not alone and do not have to fight this battle by yourself. You are NOT worthless, you are priceless. Love would not force you to choose between the two.

This story was submitted to Love What Matters by Neisha Himes, 38, of Virginia. You can follow her journey on Instagram. Do you have a similar experience? We’d like to hear your important journey. Submit your own story here, and be sure to subscribe to our free email newsletter for our best stories.