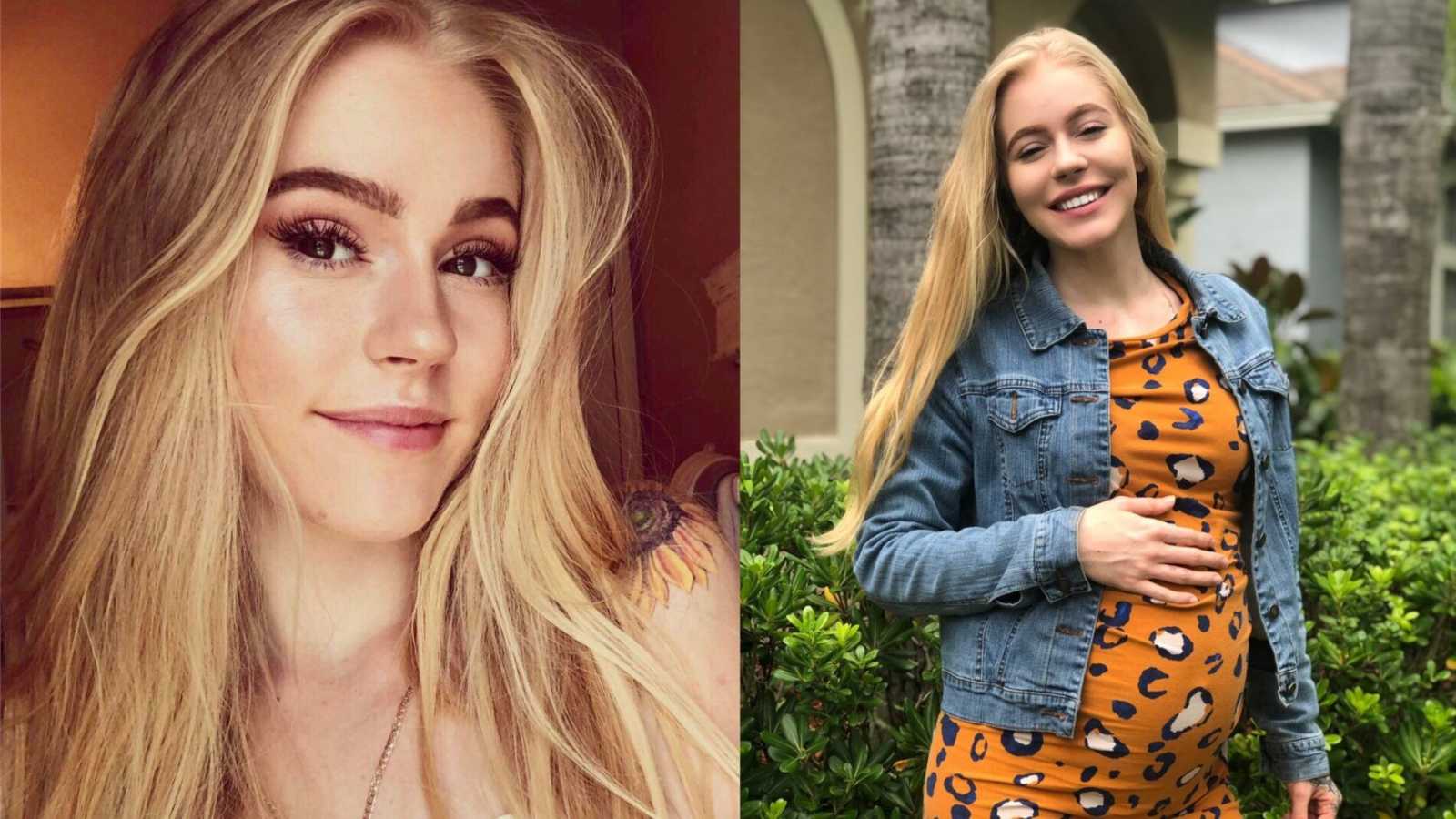 “December 17, 2017. Wow, what a day. The start to a life challenging and changing battle, and the beginning to what I thought would end my life. The start of a relationship that has forever changed my life. Let’s call the guy I started dating ‘Joe’ for the sake of the story.

Joe was perfect, he was tall, beautiful, he had a smile that people would pay thousands of dollars for. I mean there was nothing wrong with him, in my eyes. He came from a wonderful family, he was a D1 athlete going to school, about to graduate. He was everything I had ever wanted and more.

The biggest attraction was that he ‘loved’ me, and that had me so head over heels. From the first day I hung out with Joe I never left his side, never wanted to leave his side, and honestly, we were very happy for a while, but that started to change.

Joe – this amazing person I knew, I loved – slowly turned into a monster. I was in way over my head. It started out with manipulation. He put thoughts in my head every single day that diminished my self-confidence and put himself above me. I do not know why I listened to everything he said, I should have told him to screw off the first time he tore me down, but I didn’t. Instead I allowed him to tell me, ‘No one else will love you besides me.’ I allowed him to convince me my own family didn’t even love me. I let him make me think that since I had made mistakes in my life that I was unworthy of being treated with simple human decency.

After a short month of us dating, we already had matching tattoos, and I had already been under the impression that I could never live without this man, that he was my worth. But he was going back to school for the semester, and that is when it started to escalate rather quickly.

When he left, he would constantly go without texting me for hours, he would tell me about how the college girls were so much better than me, and he would dump me every chance he got. I would chase him every single time. The moment he would tell me we were over I would jump in my car and drive 4 hours north to his college so he couldn’t leave me. This continued for weeks until I could not take the back and forth any longer. I quit my job, packed my bags, and moved in with him. I had no money, no job, but in my mind I had him, and that’s all I needed. I was ‘complete.’

When I moved in with him, it got very serious very fast. The emotional abuse quickly turned into physical abuse. It started with throwing food, and every day it would escalate a little more until it got to the point where he was choking me, shoving me to the ground and stomping me with his feet. He even punched me in the face quite a few times. Deep down inside I knew what was happening was not okay, that I didn’t deserve it, but I stayed.

He would dismiss all his actions by telling me I was doing something wrong. He had every excuse in the book on why I deserved to be hit, why I deserved to have my belongings thrown out of the front lawn for everyone to see. In his eyes I was stupid, I was ugly, I had a terrible past and was a ‘hoe.’ He would tell me, ‘If I don’t hit you, you’ll never learn your lesson and never be able to change.’ He convinced me I deserved the abuse because it was the only way to ‘wake me up.’ He would steal my car, throw away my belongings, he would break my phones, computers, anything I used to contact my family.

As the semester ended and we moved to another city to live with his sister, it got worse. I did not even think there could be a worse. The night we moved he shattered my phone to the point where it was unusable. I could not contact anyone without his permission, I was isolated, and I was alone.

And as soon as we got to his sister’s house, the abuse escalated greatly. I couldn’t call my mother, I could not tell my friends or anyone what was going on. That was the darkest place of my life, living in that apartment with him. The trauma was so severe that I do not even remember everything that happened. I just remember it was bad, very bad.

We did not have jobs, and with no money we had no way to eat. We would beg for money on the side of the street, and with the little money we had he would buy weed instead of food for us to eat. I was sickly, weighing 100 pounds soaking wet. I had never been this small in my whole life. I honestly looked like I was dying, and I probably was. I remember messaging all my friends and family telling them that I loved them, because I was so scared I would not make it.

All I wanted was to go home, be with my family and get healthy, but he wouldn’t let me leave. If I left, we were over, and I was so convinced if Joe left me, I would be alone forever. So I stayed.

I do distinctly remember, this one day he hit me. He pushed me to the ground, stood over me and told me, ‘I am going to kill you.’ I thought I was done, I could see the hate in his eyes. It was like looking in the face of the devil.

I won’t lie: At that point I just wanted to die. I did make an escape back home a few times, but he would just come back to me and promise me he would change and I would go back, and everything would be the same, if not worse.

There is nothing he didn’t do to me in that year and a half. He broke everything important to me, he crashed my car and treated me like his personal punching bag. I was empty and hollow by the time he was done with me. I had nothing left.

One day it all changed, though. I peed on a stick and it said positive. I was pregnant with my son. My maternal instincts kicked in. The next time he beat me, I was done. I may not have loved myself enough to leave, but the love I had for my son was so big, I could not allow someone to hurt him.

I left a man who beat me, and mentally abused me daily. I left someone who punched me in the face while I was pregnant. Someone who pushed me into a wall while I was carrying my child. I made the right choice.

I left, and I never looked back.

It was hard at first, I won’t lie. I still have really bad PTSD. Some nights the nightmares are so bad that I spend the whole next day feeling lost, empty and broken. But I know I made the right choice, not only for myself, but for my sweet baby.

I know now that I did not deserve a single unkind word, I know I did not deserve a single blow. I know I was not ugly, worthless, and I will never allow anyone to treat me like that again. I do not regret what I went through – I hate what I went through – but I do not regret a single minute, because it has given me power. Power to see what I deserve and not accept any less, and the power to help other women. I believe if my story can help just one person get out of the same situation, it was worth it.

If you found yourself reading this and my story felt relatable in any way, I want you to know that you are loved, you are worthy, and you do not deserve to be treated like anything less than a king/queen. I got out, I picked myself up, I believed in tomorrow. You can too!”

This story was submitted to Love What Matters by of Emaline Taylor Tampa, Florida. You can follow her journey on Instagram and Twitter. Do you have a similar experience? We’d like to hear your important journey. Submit your own story here, and be sure to subscribe to our free email newsletter for our best stories.