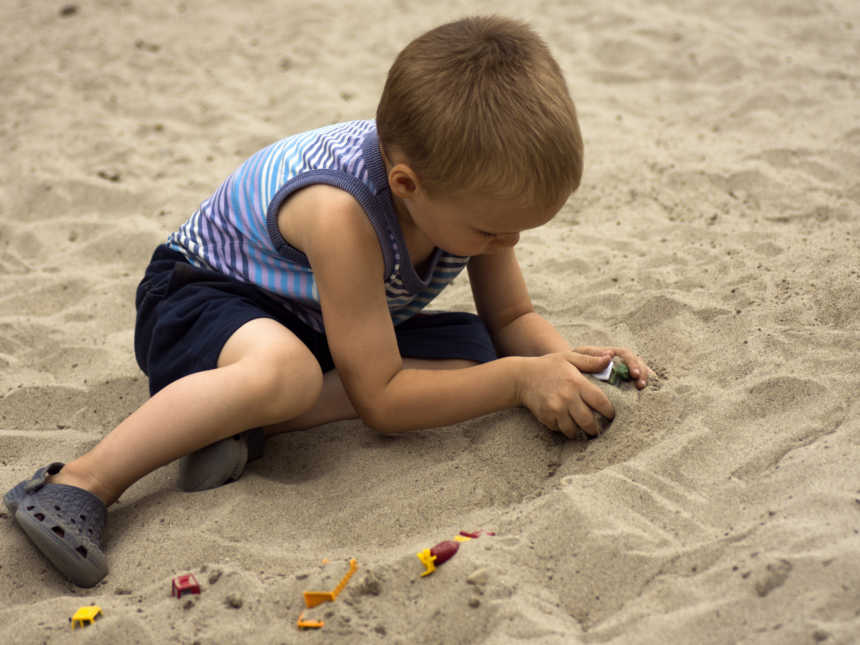 “For four months I tried to teach him numbers and colors. Not much success. But he knew how to use my hammer, drill, and screwdriver. The most enthusiastic battery-changer I ever met.

We worked on cutting, coloring, and writing. His age indicated he should start kindergarten this summer. But he was so far behind in life; that seemed impossible. His sister, two years younger, passed him up easily.

I taught him how to use the toilet. He was very proud of that and his big boy undies. One thing he could teach and model for his little sisters.

When he came, he didn’t know how to jump. I think that one hits me the hardest. When he left we were still working on alternating feet going up the stairs. Repeatedly I corrected his infantile speech patterns all day long. Improvement came at the speed of molasses.

He was the best, most cheerful helper a Mom could wish. Dish washing, laundry chores, floor cleaning, table wiping. Happy just to be near, feeling secure in my presence. Such a sweetheart. Yet, sometimes, and for some activities, a Mom requires a door closed between herself and a constant shadow.

His favorite thing in the world was to be outside. And if that wasn’t possible, to be fixing something. Whatever direction his life takes he will surely grow into a very handy man.

When anxiety over took him, for every reason or no reason, he was different. Withdrawn, unable to interact or participate. Filled with some feeling that could only be relieved by vomiting. Although his anxiety surrounding attachment, separation, and correction improved as he learned to trust us, anxiety about eating and drinking worsened and consumed him.

Every day was a race to put more calories in him, or his feeding tube, than he threw up. One unending trauma over the need to take in sustenance. Neither he, nor we, could maintain that. His medical needs were greater than our family could meet.

And so he left. To meet his fifth Mommy. Who has decades of experience with children who have feeding tubes and trachs and wheelchairs.

He still couldn’t color or count or talk right. But, he could sing ‘Jesus Loves Me.’ And he used words instead of hitting or kicking or biting when he didn’t like something. He had learned how to follow directions and say ‘Sorry.’ He could accept a consequence without screaming his head off. He learned that the parents take care of the kids and people go to work to make money. He could tell you our job was to keep him safe and his job was to stay near us when out.

He grew so much in things that matter more than kindergarten readiness. Hopefully things that will make a difference for him the rest of his life, wherever else he goes.”

This story was submitted to Love What Matters by Courtney Williams.  To submit your story, click here. For our best love stories, subscribe to our free email newsletter.

SHARE this story on Facebook or Twitter to show support for foster care and adoption and to let parents know there is a community of support available.