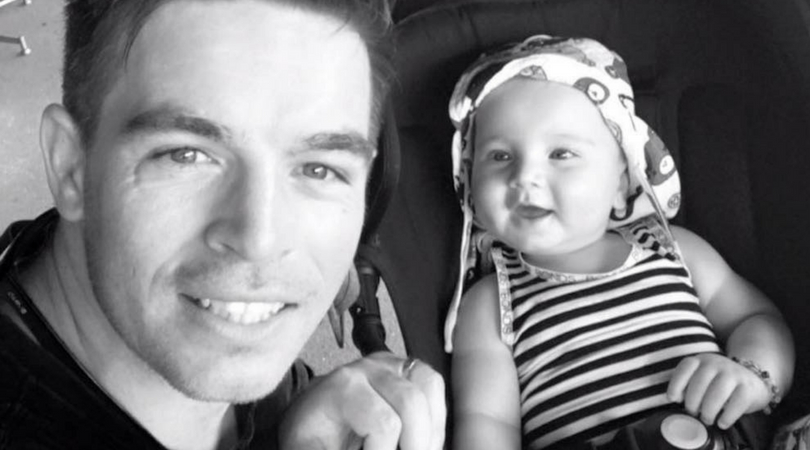 “Today I was off to the side with Finn and the stroller while Knox and Mom were on the rides. We were playing peek-a-boo just trying to pass some time. I kept taking his dummy away and calling it ‘yucky poo poo head’. He was laughing a lot. I was being hilarious.

I noticed there were a few women (probably 40’s-60’s) a few feet away. They kept looking over and I could tell they were talking about us. We continued mucking around and playing. As they got up, one of them leaned in, smiled and said, ‘You’re a great dad,’ before they all walked away. I didn’t know what to do. Or say. So, I just smiled back and replied ‘thanks.’

It was really awkward because that’s what a parent is supposed to do. I felt like I was being rewarded for doing my job. This woman honestly seemed genuine so it’s not a stab at her.

But I hope she says the same thing when she sees a mom on her own pushing a stroller, or grocery cart, and a little kid refusing to get into either and throwing a tantrum because they aren’t getting a surprise.

I hope she says it to the mom who forgot their kids’ school shoes and had to buy lunch because it was a messed up morning.

I hope she says it to the mom who has no choice but to line up for food stamps because she’s been left high and dry and has no other way to feed her children.

I hope she says it to the mom who genuinely is a great mom but didn’t have the luxury of sitting in the shade at Sea World because she’s trying to make ends meet.

I just hope it wasn’t because I’m a man. Because times have changed, and men know how to parent too. So many great men reach out to me every day. Some of them do amazing things for their families and children and they deserve better than to be praised just for making a kid laugh.

I think its time we raised our expectations of what a man can do. And afford a little more praise to the moms who actually deserve it. I think the world is moving in the right direction and we will get there!

To that woman today… Thank you :)”