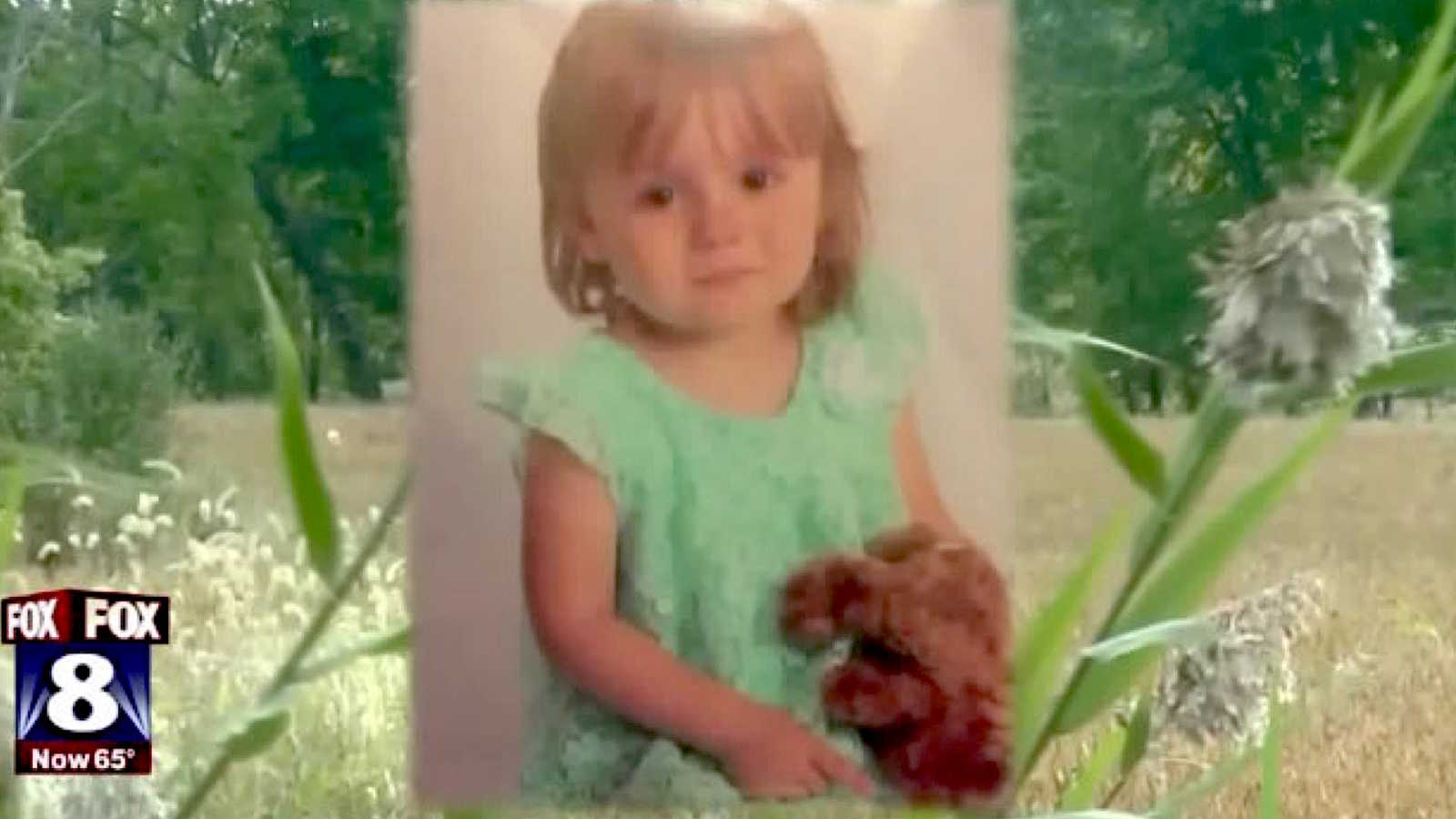 In October 2016, two-year-old Rainn Peterson was staying with her great-grandparents in North Bloomfield, Ohio. She was there with her two older brothers while their mom moved their things into a new apartment.

At around 6:30 p.m., just as the sun was setting, Rainn’s great-grandmother called the kids downstairs for dinner — but Rainn was nowhere to be found, and the garage door was unlocked.

It growing darker outside. And Rainn was also known to approach strangers to say hi and engage them in conversation, which made her family even more frightened about the potential for harm.

Countless authorities joined the tireless search to find Baby Rainn: the FBI, the sheriff’s office, and the Center for Missing and Exploited Children, scores of volunteers, and even a search and rescue helicopter flying from above.

The entire weekend passed… and still no Rainn.

Police said there were no signs of foul play and all her relatives had passed their initial polygraph tests.

So, where on earth was she?

Two nights after Rainn disappeared, a volunteer searcher was riding around in a field on his four-wheeler, hoping for a sign, when he made the discovery the entire community had been praying for.

Watch the video below to see how this miracle rescue unfolded.

We see so many stories that begin like this one end in tragedy. Thank God this one has a much different ending.