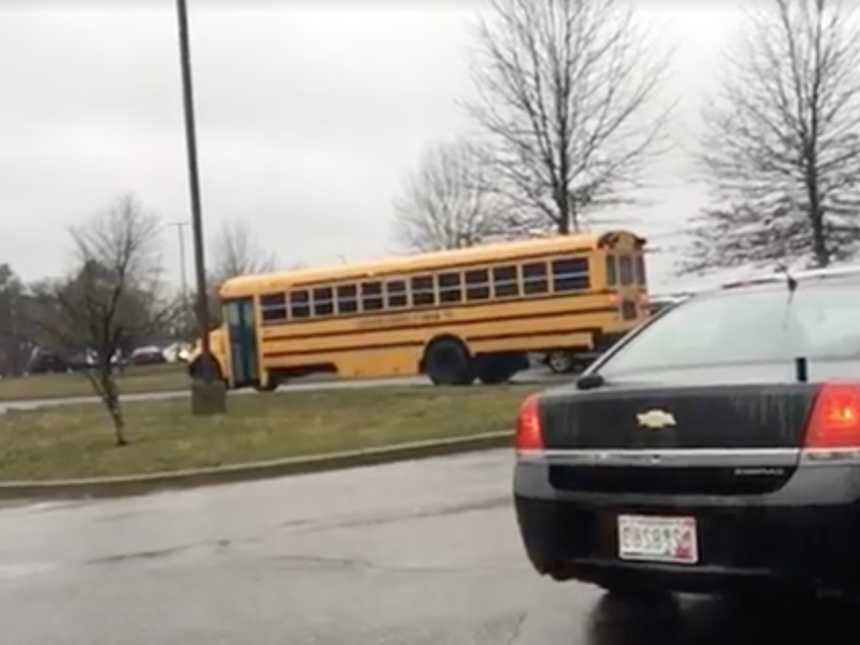 A shooting this morning at a Great Mills High School in Great Mills, Maryland, has left the alleged shooter dead, and two other students injured, according to the St. Mary’s County Sheriff’s Office. Sheriff Tim Cameron said the alleged gunman, 17-year-old Austin Wyatt Rollins, shot a 16-year-old female student and a 14-year-old male student with a handgun.

“This is something that we train, practice and in reality, we hope would never come to fruition. This is our worst nightmare,” Cameron said. “There is indication that a prior relationship existed between the shooter and female victim. We are working to determine if that was part of the motive for this shooting.”

LATEST: Female victim in Maryland school shooting in ICU with life-threatening injuries, authorities say; officials have indication that a prior relationship existed between her and the shooter. https://t.co/0w31XW3bRz pic.twitter.com/bAgrKVo7WL

There has been an incident at Great Mills High School. Parents please DO NOT respond to the school. Report to Leonardtown High School

Students are being evacuated from GMHS and being bused to the reunification center at the Leonardtown HS campus. The building is orderly and the Sheriff’s Office is conducting an investigation. We will continue to update as more information becomes available.

A hero has emerged in the wake of the incident. The school’s resource officer, Deputy Blaine Gaskill, is being hailed “a true hero” for “saving the lives of the students in the school.” Sheriff Cameron confirmed that Gaskill “immediately responded and engaged the shooter.”

“He was unharmed and he responded exactly as we train our personnel to respond,” Cameron said of the SRO. “In the aftermath of this, he’s doing well and we’re going to do everything we can to support and promote him in his well being. These are children, I’m sure that weighs on his mind.”

“This is the way it should have been handled,” another Maryland official added of Gaskill’s courageous actions. “This is a tough guy who apparently closed in very quickly. While it’s still tragic, he may have saved other people’s lives.”

Blaine Gaskill, the Great Mills High School’s SRO, is a true hero. Thank you for saving the lives of the students in the school.

Great Mills High Resource Officer, Blaine Gaskill, enegaged the male student shooter in hallway, shot him ending the threat.
Before that the shooter fired at and hit a female student and one other male student. All three students are in critical condition. #greatmillshighschool

#greatmillshighschool website lists Deputy Blaine Gaskill as the HS SRO – being hailed a #Hero online. @firstsheriff did not yet confirm SRO identity but confirm the SRO engaged the shooter. Shooter confirmed dead.

#BREAKING confirmed with sources at #greatmillsshooting : 3 students injured. 1 is the shooter. A school resource officer was on duty and took action to end threat. No final word on conditions.

This is a developing story. Send tips to Love@LoveWhatMatters.com.