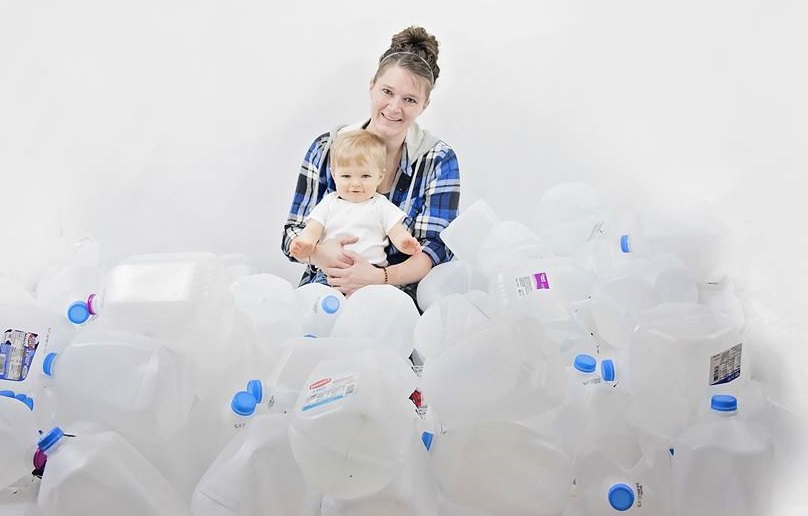 “At 2 weeks post-partum after having Jayden, I had over 250 ounces of breast milk frozen. I was producing 70 plus ounces a day and steadily increasing every day. It was then that I decided I needed to help other babies. I started looking into donating.

I went to our local NICU, called multiple milk banks, and reached out to many lactation consultants. I finally got a message from the Mother’s Milk Bank of Montana. I completed the interview and blood draw process and made my first donation. It was exhilarating and horrifying at the same time. I worried if my supply was to tank, would I have enough to keep feeding Jayden? Then I realized that the amazing feeling of giving outweighed the fear of not producing enough. This was an unwarranted fear.

I was donating every other week, and sometimes multiple times a week. Then an amazing friend introduced a momma that was struggling. We met and then I began donating to her. Then I started reaching out to other mommas. The feeling of helping other mothers was phenomenal.

I had set a goal of donating 5,000 ounces. Then 10,000. Then I wanted to reach 100 gallons. That came and went, and I still had an entire freezer full and was still producing.

Around 10 months in, I decided that I was going to start weaning. I had surpassed my goal of amount donated and was ready to have more time with my boys. I felt like a part of me was disappearing though. I had become ‘Milk Momma Nichter.’ I wasn’t sure who I was going to become, but I knew that my role for the last year was to help as many babies as I could. I feel like I achieved that.

I have been able to give over 1,000 ounces of breast milk to help feed 7 other babies

I ended my journey at 128 gallons of breast milk donated. That’s 16,385 ounces. A standard gallon of milk weighs 8.6 pounds. I was blessed to give 1,072 pounds of milk to other babes. That is an accomplishment that I am beyond proud of.

During my donating adventure, it never really hit me how much my donating affected people. I knew that the moms I was donating to were beyond appreciative. Some mommas would leave with their coolers full, and in tears. To me, it was just doing what was supposed to be done– giving to families that needed a little boost to relieve the stress of feeding their little one.

Breast feeding and pumping is hard enough without the stress of not being able to provide enough. I had plenty to share, so why not help? Once I posted my journey it really hit me. I was told I was amazing, a ‘dairy godmother,’ and selfless. I read the comments and held back tears, realizing what I did actually made a difference. I look in my now empty freezer that has held so much liquid gold and can only smile and be proud of myself.”

This story was submitted to Love What Matters by Christina Nichter of Great Falls, Montana. Submit your story here, and subscribe to our best love stories here.