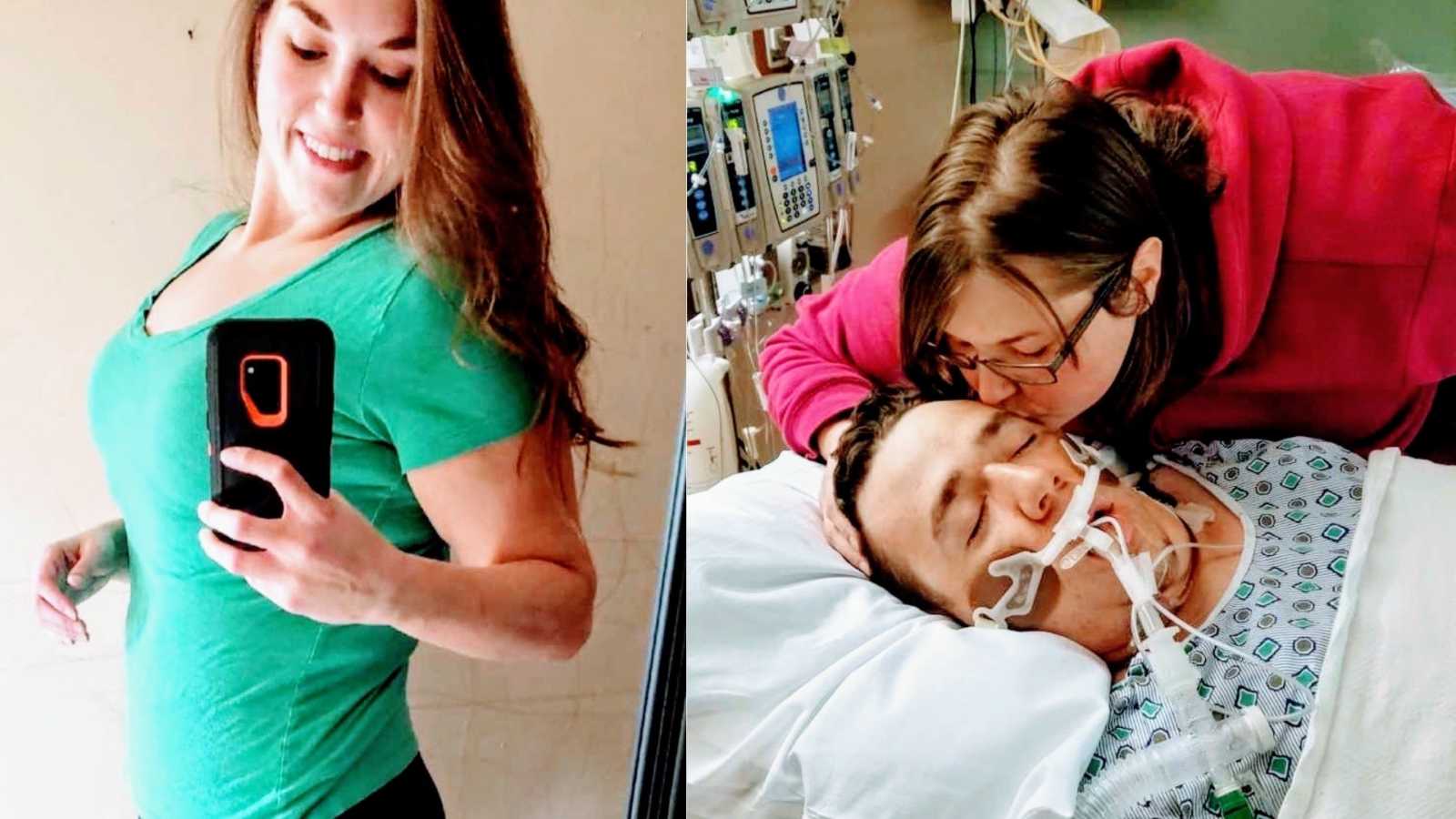 “Growing up, I had a normal childhood. To onlookers, I was a happy kid. I had good grades. I got along with my peers. In reality, I hated myself. I’ve struggled with my self-worth for as long as I can remember. Because of my depression, my weight shot up rapidly. Kids ended up making fun of me for my size and then I ate more to ease my mind. It was a vicious cycle I didn’t know how to break.

I ended up dropping out of high school. I tried to commit suicide not once, but three times. I even ended up in a psychiatric unit for a while. I thought I had hit rock bottom.

I thought getting a job would help some of my depression. I went to night classes for my GED, but couldn’t even fit into the desks. That’s when I decided my weight needed to be tackled first. I was upwards of 450lbs at my heaviest. I walked – not much, but every step counted. I ate less. I worked hard to lose 50lbs while researching surgery options. I knew I needed a little help if I ever wanted to get to where I wanted. 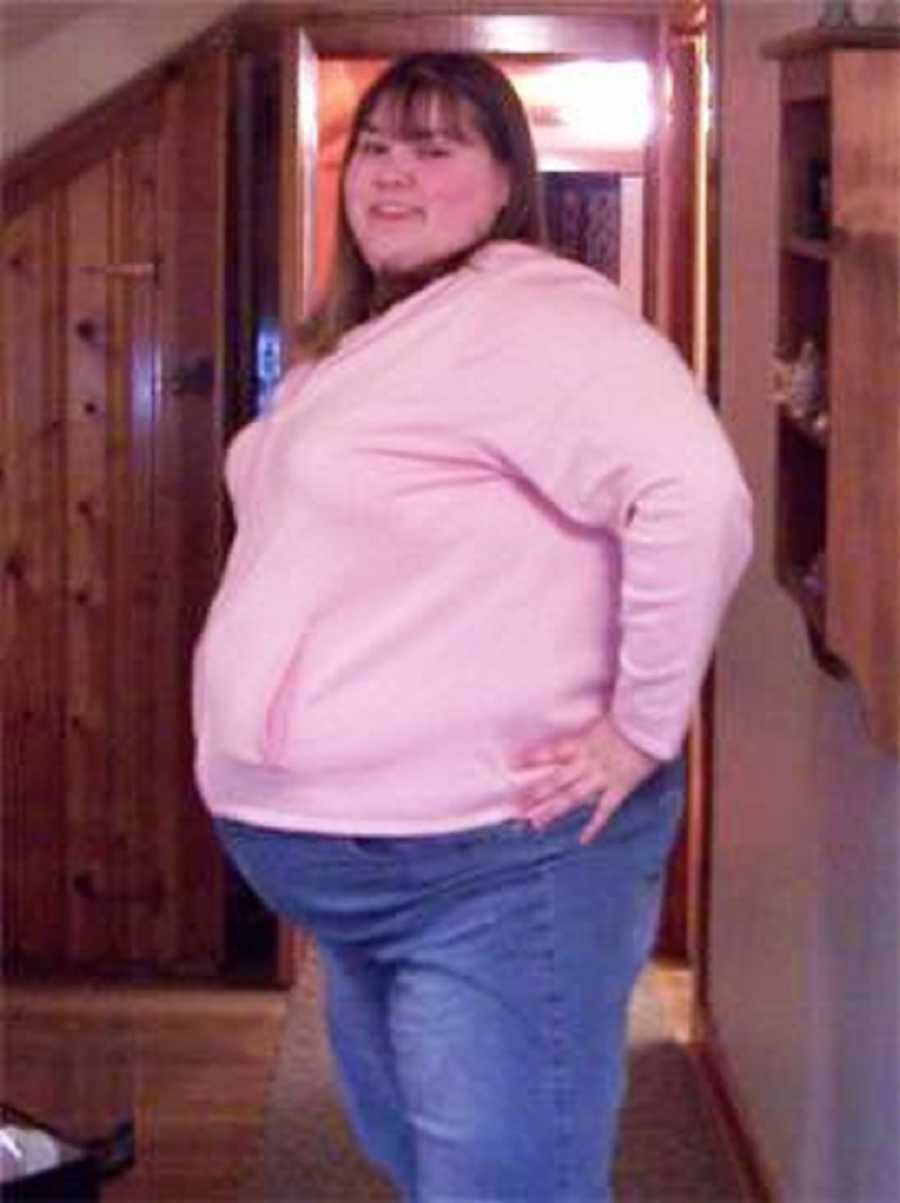 I had gastric bypass surgery in 2005. My weight melted off. I loved to exercise. I got down to 200lbs. I felt like a new person. I ended up having surgery for the excess skin on my stomach in 2006. Although I felt good physically, I still struggled with feelings of self-hate. I had the mentality of someone much larger. I couldn’t grasp being closer to a healthy weight.

I received a GED and went on to enroll in college. It was then that I started dating T. He was charismatic and funny. But most importantly, he made me feel beautiful. He had me hooked. We got married about a year after we met. That’s when the abuse started. It began as calling me names and telling me nobody would love me because of how I looked. If I tried to leave, he’d take my keys, phone, shoes, and block the door. He made me question myself constantly. Then came the physical abuse. I felt like he had a hold on me that I couldn’t escape. I thought I had really hit rock bottom. 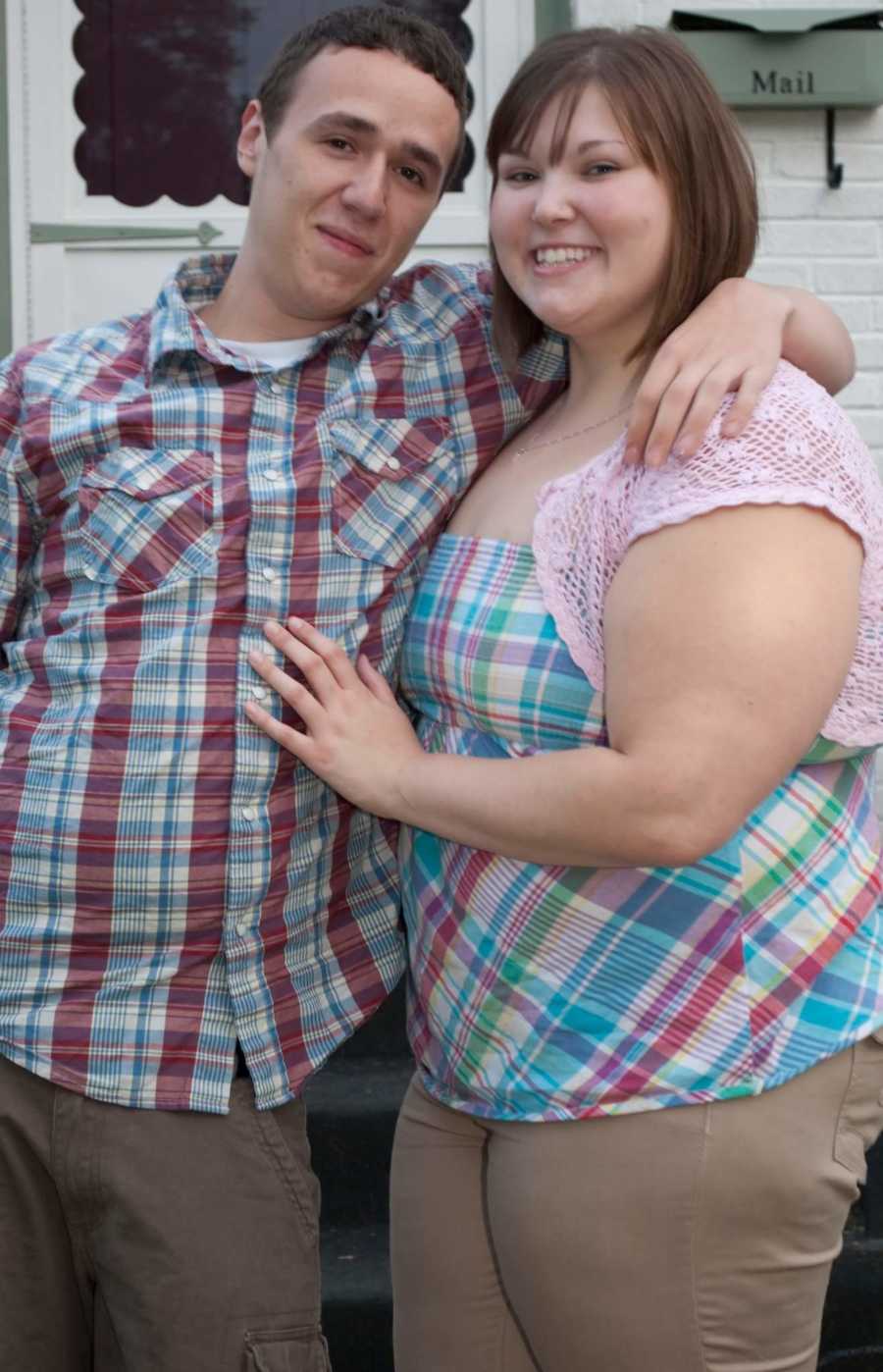 When you’re abused, it’s difficult to leave. During the good times, we had 3 kids. I had 3 different restraining orders. I had him arrested for assault. I filed for divorce. I tried hard to leave. I was told by the people at the women’s shelter that it takes an average of 7 attempts to leave an abuser before it stuck. I always thought I’d be different. I was always wrong. My weight shot back up to around 350lbs. I was eating my feelings again. I felt like I had no control. 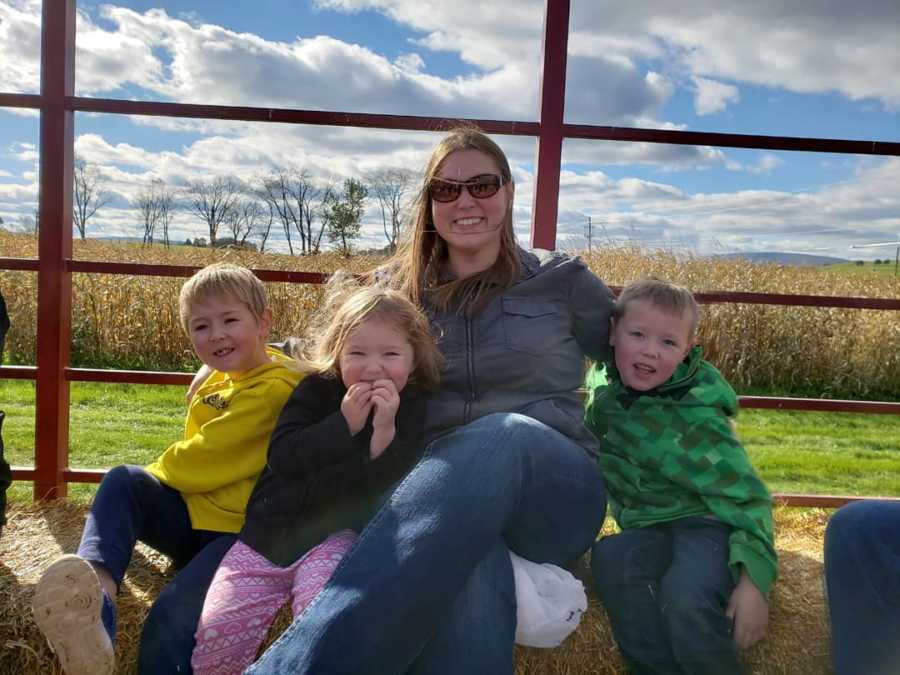 Fast forward to our 5th year of marriage. We had a rough time when he locked me in the basement for a few days. He had been off his bipolar medications for two weeks. I always had to walk on egg shells, but when he refused his treatment, life was even worse. His anger ran together those days, and the smallest thing would trigger a blow up. I had asked him to help with baths for our kids that night. He turned off the power in the house, so I went down to the basement to turn it back on – and he left me there for days. I was hungry, and had nothing to eat. There was a sink down there that I used to drink water. I was so done dealing with things. I sat and hoped he was taking care of our children upstairs. I kept wondering how I would get out. He must have decided the kids were too much to handle on his own, and allowed me to come up to care for them. I tried my best to steer clear and not rock the boat.

Then, by some chance, he took his own life. I sat in ICU while he was declared brain dead and thought about everything that happened. I felt sadness, anger, shock. The biggest emotion I felt was relief. I no longer had to fight to be respected. I felt free. 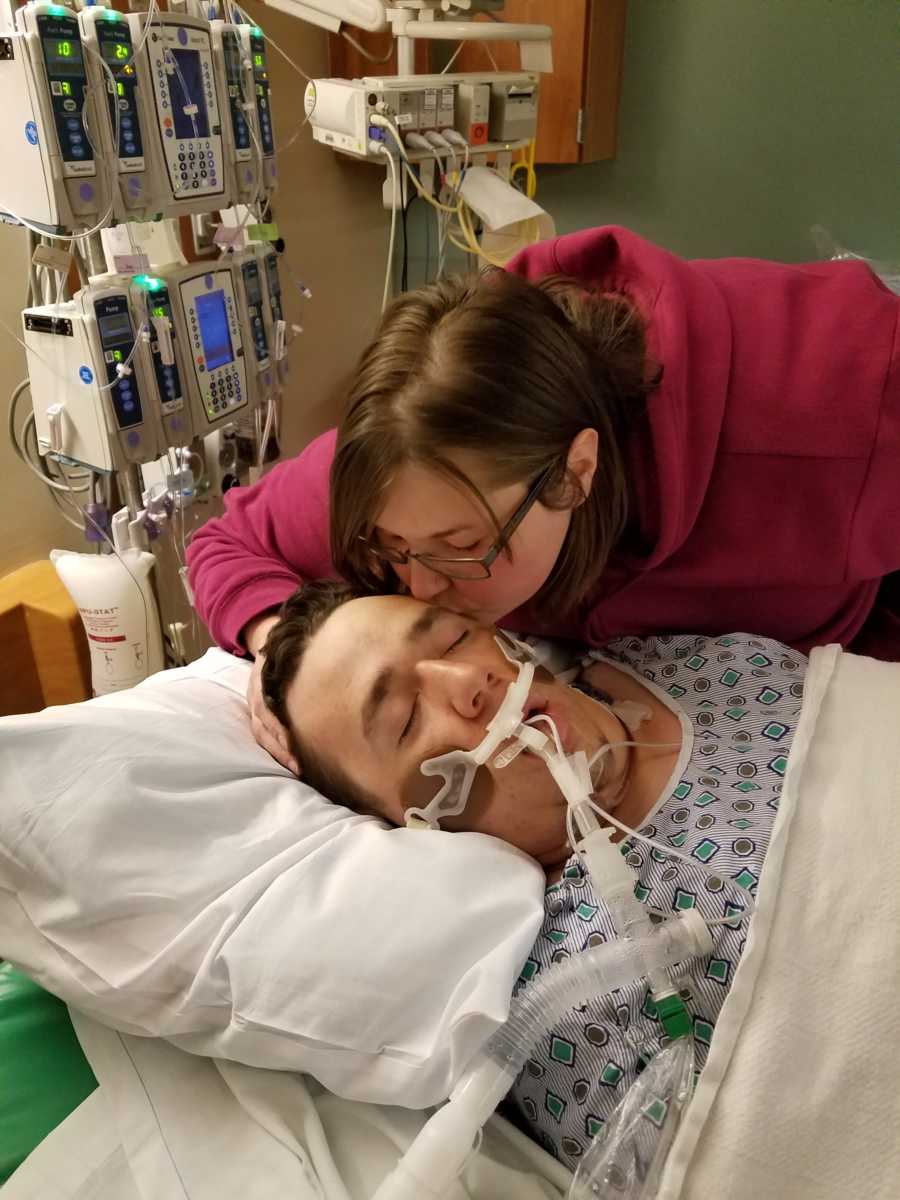 It took a while to deal with the trauma I dealt with emotionally. I got myself into therapy. I spent a lot of time with my kids. I was actually happy at my job in surgery. I always loved what I did, but I had so much stress that it effected my work. I wanted to do even better for my kids. I enrolled in college for another degree. I started watching what I ate and exercising regularly. I found hobbies that brought me so much happiness. 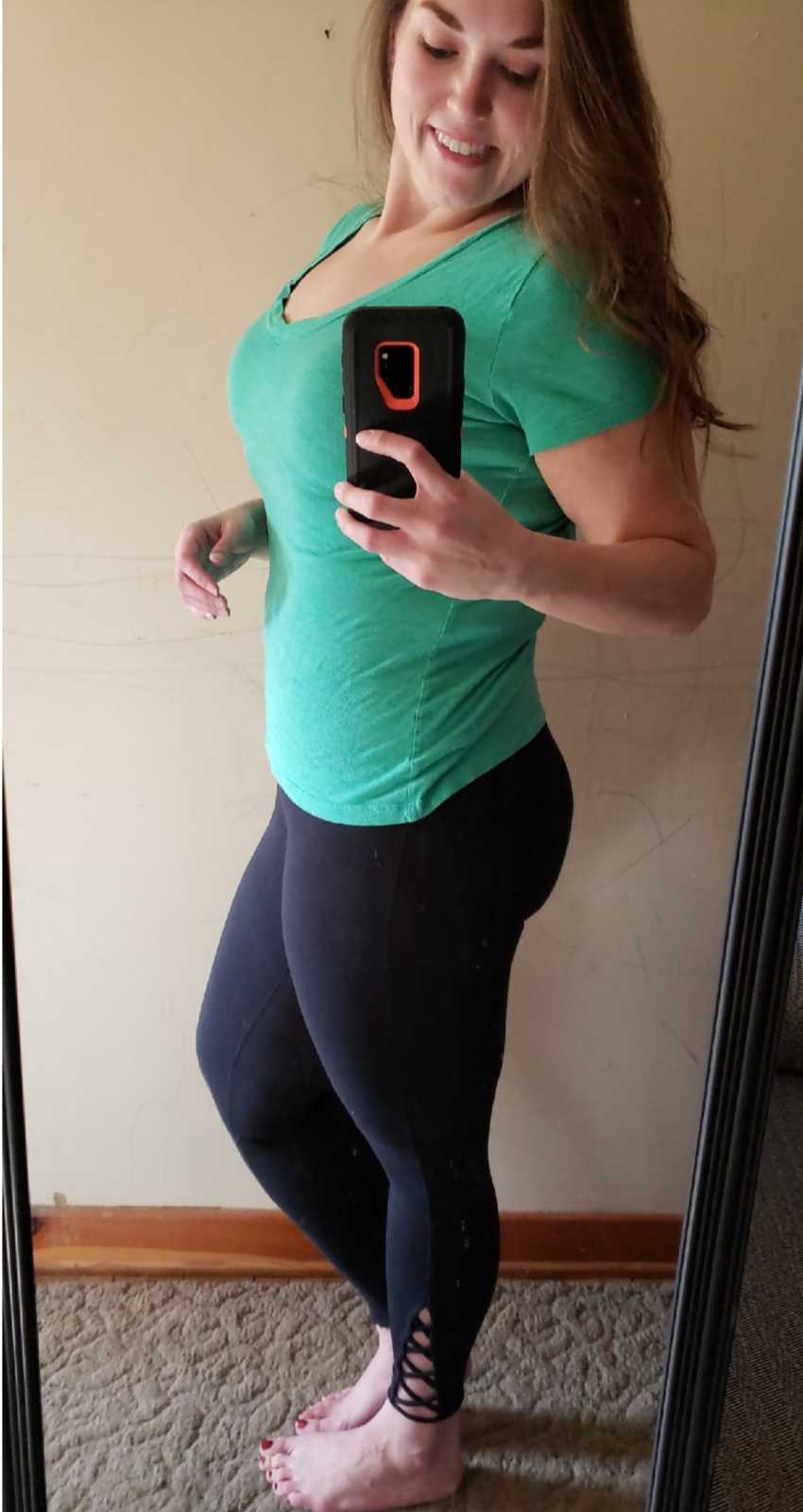 It’s been over 2 years since my husband died. I have never felt better in my life. Through all the struggles I faced from within and then from him, I came out stronger. I finished my first semester of nursing school with a 4.0. I’ve lost 115 lbs in 9 months. I’ve worked hard at I job I love. I’ve continued to raise 3 amazing kids. I feel so much pride in how far I’ve come. I want my kids to do better than I ever could, and that happens with leading by example. I want them to see how much you can accomplish when you truly believe in yourself. I know that I’m nowhere near perfect, but I know I’m capable of amazing things.” 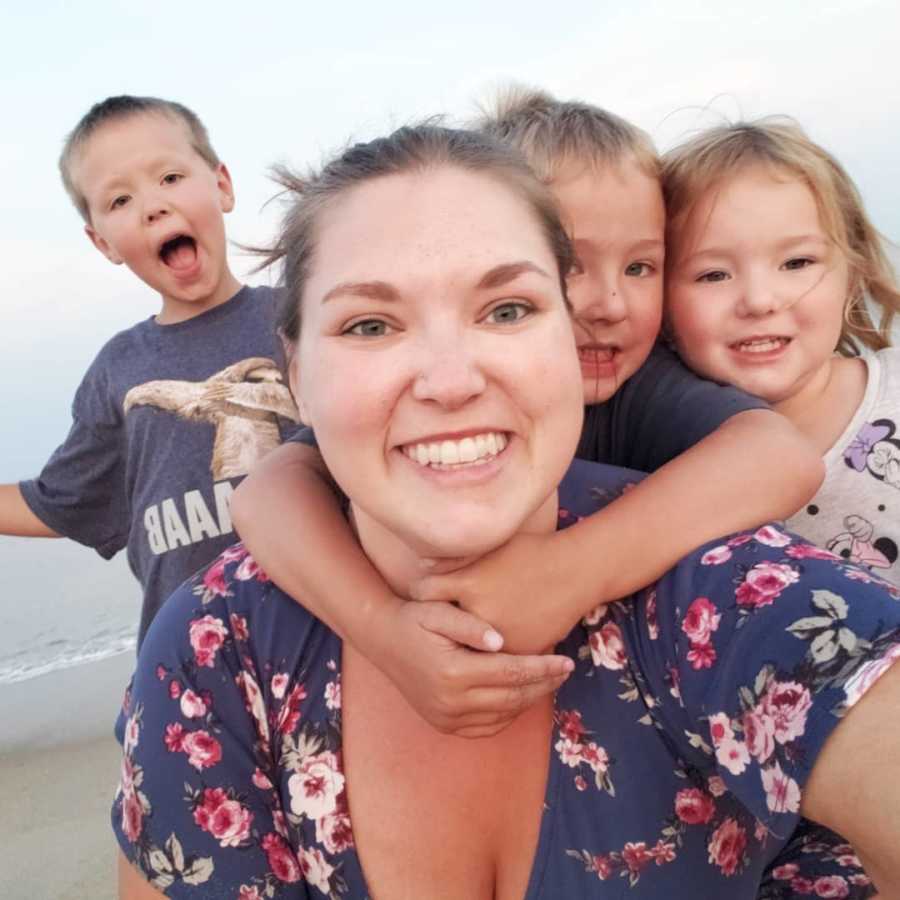 This story was submitted to Love What Matters by Ashley of Pennsylvania. Do you have a similar experience? We’d like to hear your important journey. Submit your own story here, and subscribe to our best stories in our free newsletter here.

‘No one will ever want a single mom with 2 kids, by 2 different men,’ he said. I loved him in a very dark and twisted way. Not following his rules would unleash what I began to call, Satan. 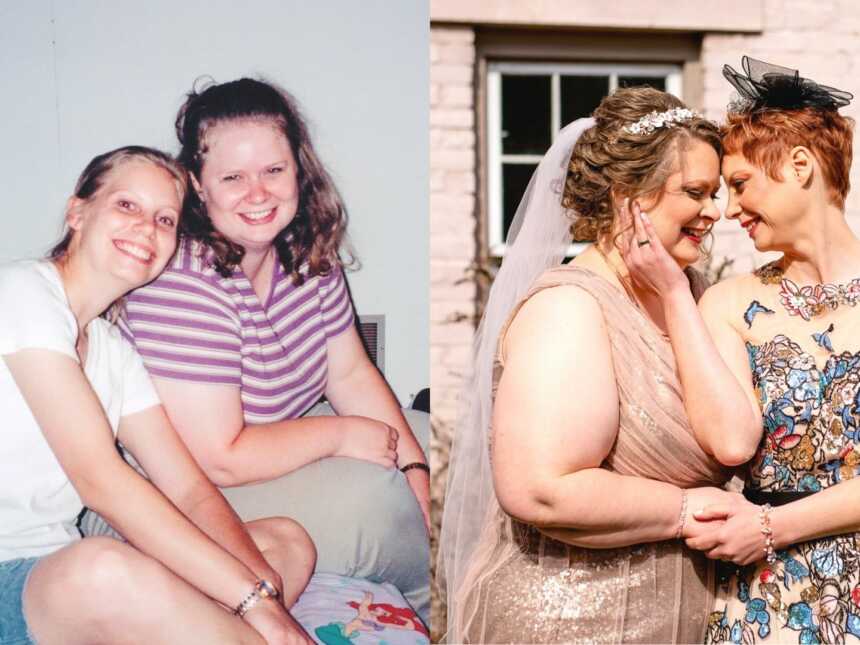 ‘In public, we were just ‘friends’ and ‘roommates.’ For 17.5 years, we didn’t tell a living soul.’: Lesbian couple share years-long love, coming out story

“Our stars aligned to bring us together 20 years ago. We didn’t know what would happen if anyone found out the truth.”