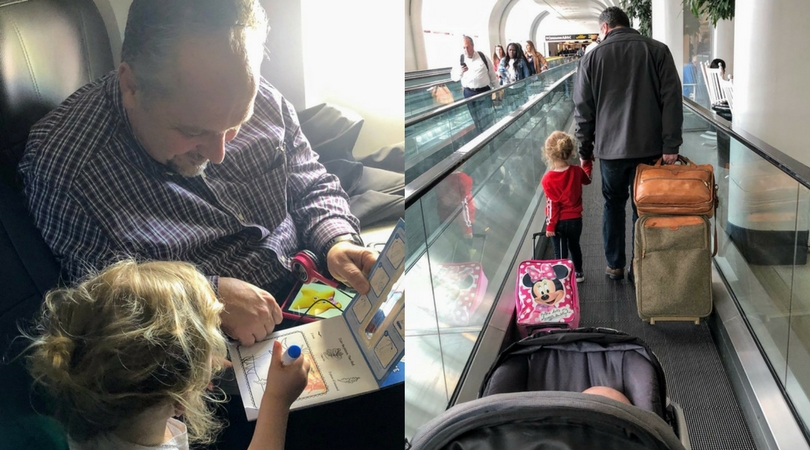 “My first flights with an infant and a toddler started out with a little panic when we boarded the plane. My 4-month-old was screaming his head off because, due to a series of unexpected events, I was unable to nurse him before boarding the plane. My 3-year old, who was excited before boarding the plane, lost her nerve and began screaming and kicking ‘I want to get off the plane! I don’t want to go!’ I honestly thought we’d get kicked off the plane. So with two kids losing their minds, I was desperately trying to calm the situation. This man reached for the baby and held him while I forced a seatbelt on Caroline, got her tablet and started her movie. Once she was settled and relatively calmed, he distracted her so that I could feed Alexander. 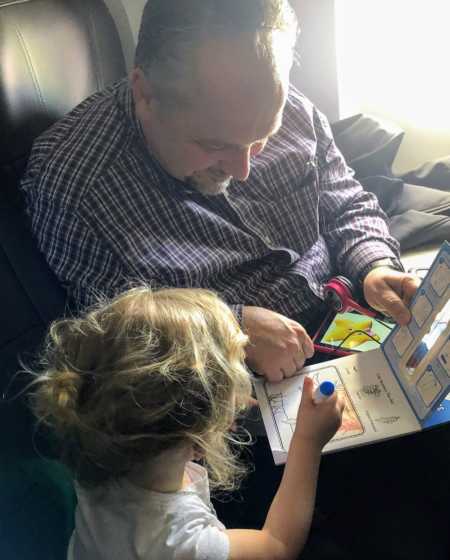 Finally, while we were taxiing, the back of the plane no longer had screams. During the flight, he colored and watched a movie with Caroline, he engaged in conversation and showed her all the things outside.

By the end of the flight, he was Caroline’s best friend. I’m not sure if he caught the kiss she landed on his shoulder while they were looking out the window.

Amazingly, we had the same connection in Charlotte to Wilmington, a connection he navigates frequently for work. He helped us get off the plane and led us to the next gate with Caroline in hand.

If that wasn’t enough, he changed his seat on the next flight to sit in our row to help us. This guy, Todd, showed me kindness and compassion I’ve never known from another person. His wife, he said, had a similar experience when their two boys were young and a stranger showed her the same kindness. I am blown away by God’s hand in this because we could have been placed next to anyone, but we were seated next to one of the nicest men I have ever met in my life.”

This story was submitted to Love What Matters by Jessica Rudeen, 34, of Bentonville, Arkansas. Submit your story here, and subscribe to our best love stories here.