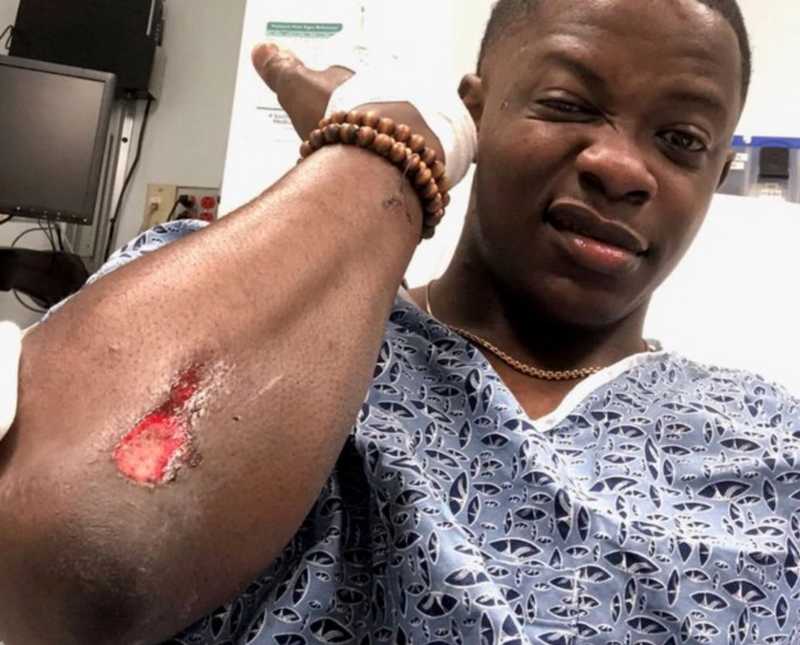 Meet James Shaw, a 29-year-old man who saved many lives when grabbing the barrel of an assault weapon that had just been fired multiple times. 4 people have reportedly died in the shooting at the Waffle House in Nashville which occurred Sunday morning. Shaw noted he doesn’t feel like a hero and simply saw a window to act.

“There wasn’t going to be another chance it was pretty much like shooting fish in a barrel. There was nowhere to go. I grabbed closest to the barrel of the gun.”

On being a hero, Shaw said, “I don’t really know, when everyone said that it feels selfish. I was just trying to get myself out. I saw the opportunity and pretty much took it.”

“When he came in, I distinctively remember thinking that he is going to have to work for this kill. I had a chance to stop him and thankfully I stopped him. I grabbed the gun and kept it down. He had one hand on it. I pulled it away and threw it over the bar.”

This is a developing story and will be updated accordingly.

This is the Waffle House hero, James Shaw Jr. He tackled the shooter and saved so many lives in the process. Thank you James. And thank you TriStar Southern Hills Medical Center for your wonderful doctors and nurses who quickly took care of his injuries. pic.twitter.com/kKORfI24G1

This is James Shaw. He's a hero. His hands are burned from grabbing the barrel of a gun used to kill four people at a Nashville Waffle House. He says he's sorry he couldn't save more people. pic.twitter.com/QXIevQLfM1

James Shaw tackled Waffle House gunman, disarmed him, and threw the rifle over the counter https://t.co/W8s43YmuRu