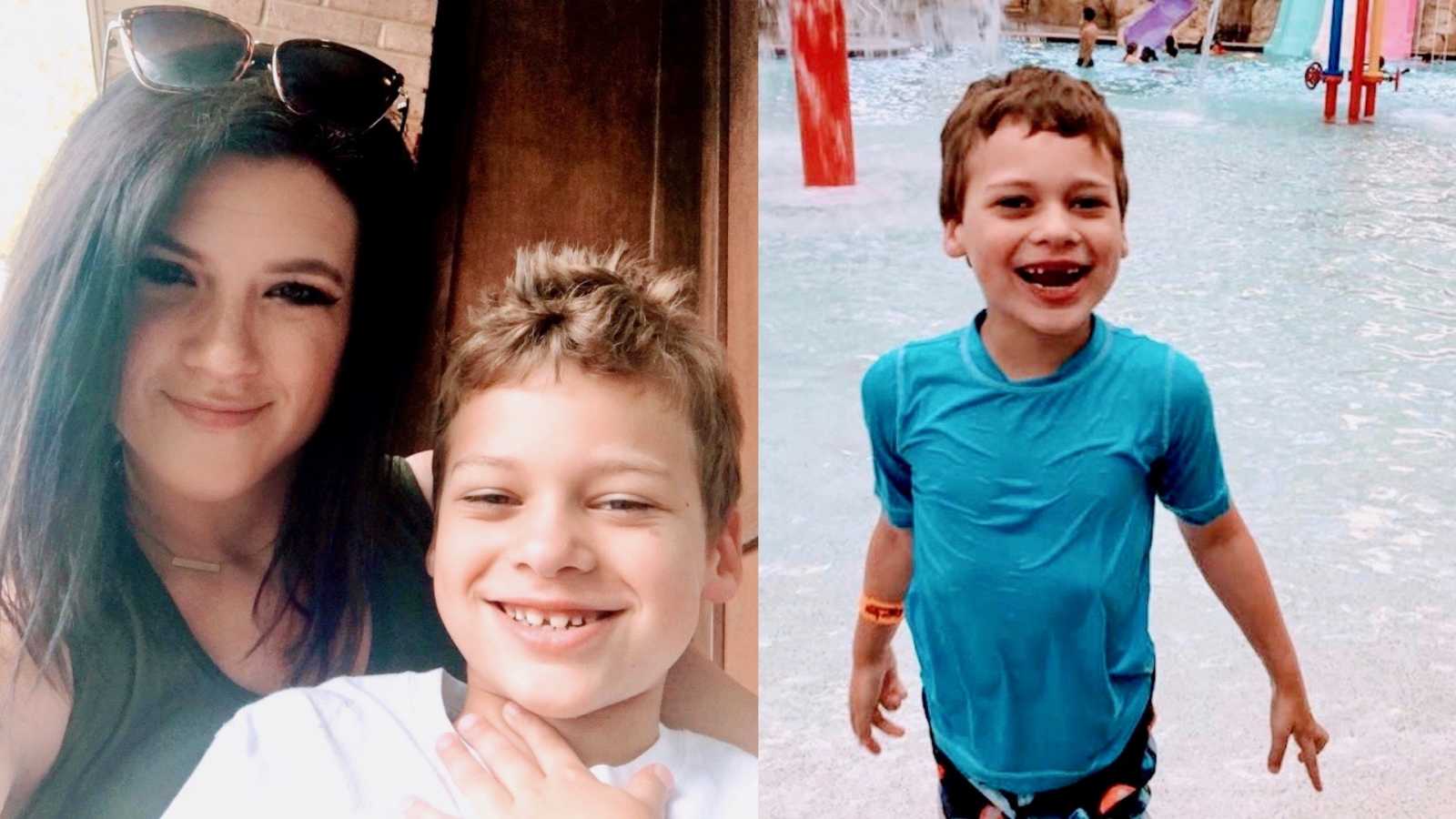 “I recently commented on another blogger’s beautifully written post about going public with her daughter’s diagnosis. Her post resonated deeply with me. You see, it has truly only been within the last year that I have been able to utter the word ‘autism’ when referring to my own son. Before, I would use phrases such as ‘he has some special needs,’ ‘he has some quirks,’ ‘he has a language delay’ or even pushed the limits and said ‘he has ASD,’ secretly aware that the average person usually doesn’t have a clue what that acronym represents.

It didn’t help the fact that it took us four years to obtain an official medical diagnosis. Our son often walked that line of ‘high-functioning’ to the point where he could fool some mental health professionals on a good day. But every therapist and teacher that worked closely with him concurred that they had no doubt in their minds he was on the spectrum. It was confusing for us to know how to describe his condition when we had no medical label. We still received necessary services and early intervention for him regardless of the missing label. But there were certainly times I felt compelled to explain his behavior to other parents and friends or family members and felt unsure how to proceed.

I’m not sure why I was so scared to say that ‘A’ word. It weighed heavily as if my precious child would forever bear a Scarlet Letter ‘A’ across his chest if I admitted the label to others. I was afraid that no one would ever see past that letter once he was branded. They might never see all the wonderful traits that I see. The clever little way his brain thinks, the sweetheart he has towards his animals and his family, the amazing laugh and infectious smile he has when he thinks something is funny. When I think of all the ways he brings us light, my mommy heart could burst with pride. But, oh, how easily others could rip that same mommy heart to pieces with one wrong look or comment in his direction!

I vividly recall a time early on in his ‘tantrum’ days when we tried to enjoy a weekend getaway vacation. In those days, we could barely go out in public with him, but we still proceeded with a dolphin show for our daughter’s sake. In an ordinary day for us, he had a complete meltdown, the kind of explosive screams that could peel your tires off your car. (If your child is on the spectrum, you know exactly what I’m talking about, right?) But it just so happened that an elderly lady passing by was so startled, we thought she might need her smelling salts. The look of disgust and judgement was evident on her face as she struggled to find her composure again. The rage inside me boiled over and I immediately went into full-blown ‘fight or flight’ mama bear mode. It wasn’t necessarily her fault that she was ignorant about autism meltdowns. At her age, she probably had not been exposed to advocacy and awareness. It was probably a wonderful opportunity to offer a learning moment for her. But my grief and my pain did not care. If not for my darling husband (who knows my temper well), I am positive that I would have been arrested for assault on an elderly woman. In my mind, I wanted that ‘shriveled up old prune’ to understand the pain that I felt and the deep-seated hurt that her nasty looks conveyed. My raging explosion trumped my 3-year-old son’s meltdown. Not my finest moment.

Moments before the epic meltdown….

Somewhere around that same time period, I had a dream one night. A nightmare really. My son was in conflict with another child a short distance away from me. Her father witnessed the altercation and came to his daughter’s rescue. But I knew somehow it was all a misunderstanding due to my son’s communication delay. The situated escalated quickly to the point where the father was screaming at my son, threatening him. I ran to his side to intercede, full of fury. I frantically tried to explain that my son had autism. But I could not speak the word. It literally would not roll off my tongue. The dream stayed with me for a long time. That feeling of desperation, trying to explain and defend my son from danger due to his condition, haunted me for quite a while. But I think it truly reflected the fears and the turmoil rooted in my conscious during a difficult time of processing my son’s diagnosis.

Though I’m still fiercely protective, time has passed, and my grieving heart has healed. I have moved into the cycle of acceptance, an achievement I attribute most to the people in our lives who really showed up along the way. The people who saw our son for the treasure that he is. The therapists, the teachers, the counselors, and the friends who cherished him as their own. The ones who looked at him and saw all the unique little gems in him rather than just ‘autism’ like it’s some elusive plague to try to understand or pity. These are the people who showed me that our child can thrive, can be himself and that the ‘A’ word is not a death sentence.

My son has autism. There, I said it. I can now say the word the same way I can say my daughter has Type 1 Diabetes. Just as there are misconceptions and ignorance about Type 1, I can appreciate the same for autism. I now know that those misconceptions will never change if we simply try to hide our kids’ condition from the world. I think my greatest fear of all was that my children would be rejected by society. But there is a meme out there that resonates well: ’I would not change you for the world. But I would change the world for you.’

So, here I am seeking to change this world one blog post at a time. The world is blessed to know our son. They will know he has autism and a host of other incredible qualities, as well. I may concede and accept that ‘A’ word. But it is not the only word that describes him. He also carries ‘L’ for loved, ‘C’ for cherished, ‘W’ for wonderful, and a whole slew of other letters.

So, when you look at my son and other individuals with autism, I hope you that you will think of some new ‘A’ words, such as ‘Awareness’ and ‘Acceptance.’ If you are a parent with a fresh diagnosis, I offer you hope. Your child should not be defined by their autism. They are still the same wonderful unique individual they were before. The rest of the world just needs to catch up.”

This story was submitted to Love What Matters by Sherilyn Toro. Visit her website here. Submit your story here, and subscribe to our best stories in our free newsletter here.

‘Lucky you,’ she replied with an eye roll. Yes, lucky me. My children have autism.’: Mom explains the ‘one time’ she’s envied is ‘when we get to enter an airplane first’

‘I’m supposed to say being the father to a seven-year-old non-verbal son with Autism is very hard.’

‘My name is Cooper. I have autism and am nonverbal, but I still LOVE CANDY! TRICK-OR-TREAT.’