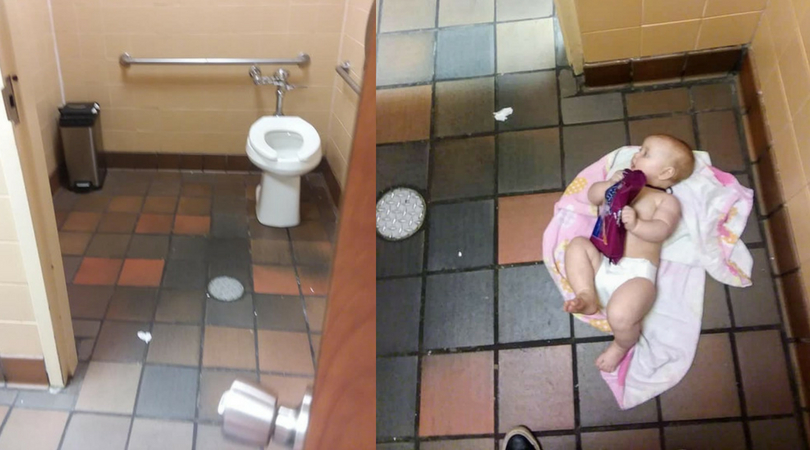 “I’m getting pretty sick of having to change my daughter on a disgusting floor because the only changing table in the place is located in the women’s bathroom. It’s crazy to imagine, I know, but there are guys who take care of their kids too. If it’s a public place with public restrooms, in the generation of equality among genders and races, then how about making sure us fathers can change our children’s diapers on a damn changing table like the mother’s can? Am I asking too much?

My name is Chris Mau and I’m a 33-year-old father of 4 to a son and three girls. Kali is the youngest of my 4 children at 8 months old. She’s a bundle of smiles and laughs and between her mother and myself she’s turned into a daddy’s girl, always greeting me with the biggest grin and giggles the minute I come home.

This particular day was a warm one for where we live, with temperatures in the mid 80s and the sun shining, so my fiancee and I decided it would be a good idea to go for a walk downtown with the girls. On our adventure down one of the city’s main roads, about a mile or so into the journey, Kali began to fuss, a rare occurrence for her. It wasn’t long after that I found she had pooped in her diaper. We always try to prepare well for any trip we take outside the house and the car seat/stroller combo held all the basic needs like waters, formula, diapers, wipes, baby powder and the emergency towel I keep in the stroller. As it were, there happened to be a restaurant with a play place literally right in front of us. Figuring they must have accommodations for parents to change a diaper, and our older daughters begging to play in the indoor tunnels, we marched in. They split to the play area and I took the stroller to the men’s room with a clearly uncomfortable and upset Kali.

As I entered the wash room, I noticed the two sinks crammed in the small counter space and a urinal across from them, and then behind another door was the toilet. I took my daughter out of her seat and grabbed the diaper bag and entered the stall, only to find nowhere to change my daughter. I was immediately frustrated with the ignorance of the facility and with Kali crying I had to make the hard choice between either making her wait until we found a facility that had a changing station, or ease her discomfort and change her in the bathroom anyway. The condition of the bathroom was less than sanitary, but the crying of my children eats at the very fiber of my being and I had to help her. So I grabbed the towel, laid it out and changed her in the stall, all while my mind raced at how unnecessary and preventable this entire situation is. I felt like they honestly don’t think a father is responsible for diaper changing or whatnot, and I recalled times in the past where we had traveled and run into similar situations where the public restrooms did not have changing stations resulting in the hassle of trying to change a diaper in the car, on a floor or looking for another place to try, hoping they had one.

I completed the diaper change and walked out with a happy Kali once more. When I made it to the play place, I told my fiancee who was infuriated by the restaurant’s ignorance to a major part of having children, and made a quick but clear complaint on our way out. I won’t lie, even by the time we made it home I was still angry about the ordeal and made my post on Facebook to vent to my friends (the settings were originally set on private). One of my friends told me that something like this needed to be shared and seen by more than my friends, so I made the post public.

Not even 24 hours later, I was dumbfounded to find my vent post had already reached more than 6,000 shares and was increasing by the hundreds! I couldn’t believe it and I still cant… the feedback from other parents all cheering me for bringing the problem all of them had faced at some point in both men’s and women’s bathrooms worldwide! Almost everyone who has reached out to me has agreed that this problem is a stupid problem to have, but a problem all the same. It’s solution is simple to install and rather cheap, so in this day and age there is no excuse to why there isn’t a changing station in every public place with public restrooms. After all, being a parent is the most challenging and rewarding job you’ll ever have, and with the good will come the bad, but to have to form a last second plan for a diaper change in a public bathroom that decided not to install a changing station is unnecessarily unacceptable. It takes an entire village to raise a child.

I honestly hope this post will reach all the right people and good things come of it for all parents and children alike.”

This story was submitted to Love What Matters by  Chris Mau, 33. Submit your story here, and subscribe to our best love stories here. 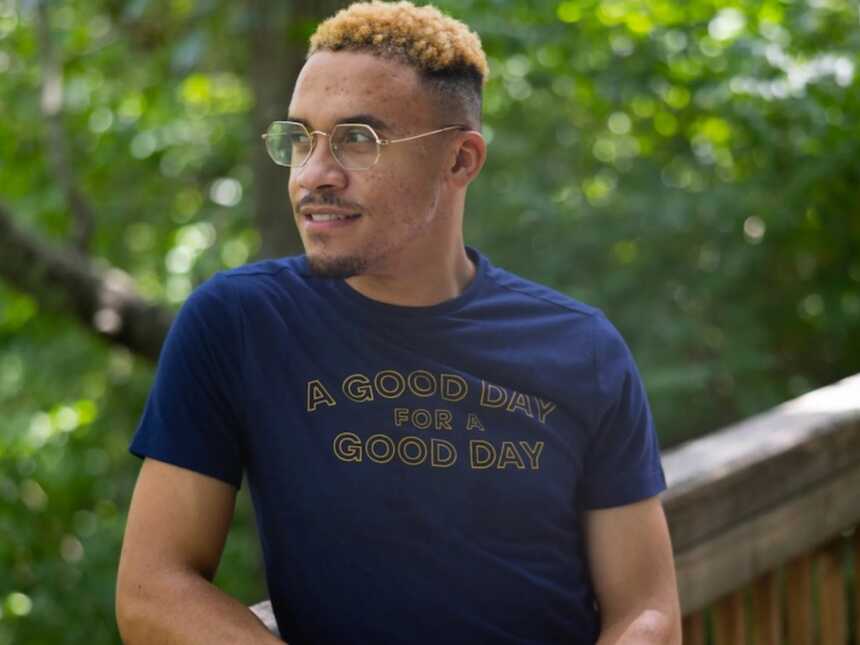 ‘The answers I’d been praying for were now in my hands.’: Adoptee shares journey connecting with biological family

“Meeting my biological family members motivated me to become my best advocate in claiming back some power in my life.”