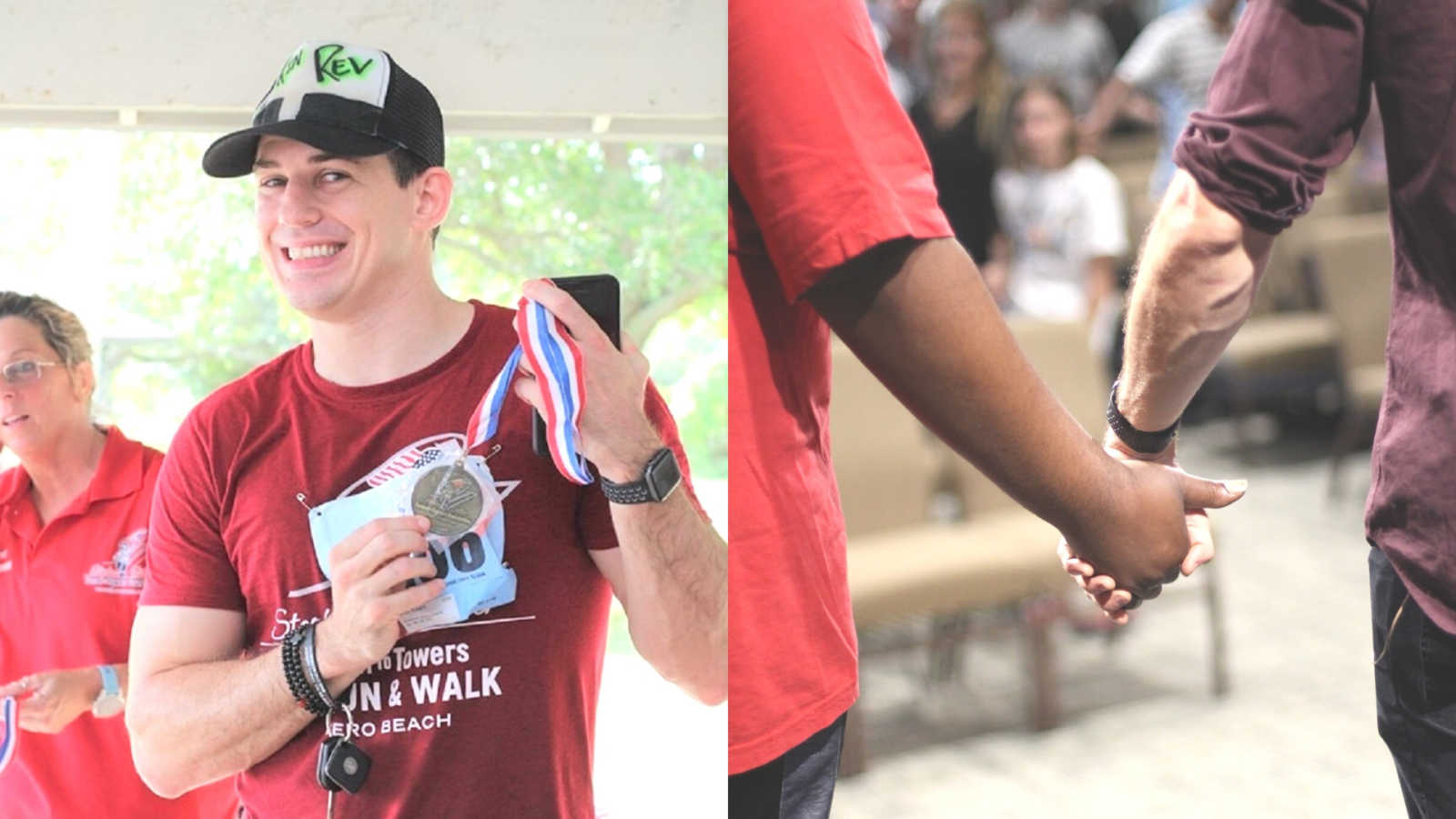 “The three shots still ring in my ears. When I close my eyes, I can see the young man stumble to the ground. It isn’t comfortable to open my eyes to the reality that this…this is America. The country that I love, the new Colossus that lifted its golden door to the tired, poor, the huddled masses yearning to breathe free, is still a country where some Americans live in fear. Despite the civil war, the hundreds of years of activism, and a young black pastor who gave his life for a dream that one day a man would ‘not be judged by the color of their skin but by the content of their character,’ we still live in a divided America.

I found all the information I could about Ahmaud Arbery, a 25-year-old black man who was shot while jogging, after being suspected of burglary by two white men with a shotgun. I heard all the arguments that it wasn’t about race in my own head, before I ever saw them online. I  didn’t want this to be about race, just an unfortunate incident…like all the other unfortunate incidents.

Why so many incidents? The media is focusing on it. Why are all my black friends who often experience prejudice so convinced it is about race? They are sensitive, or biased. Still, no matter how I internally worked through what happened, how I filled in the gaps that we didn’t know, I couldn’t get around these two truths: Ahmaud Arbery shouldn’t be dead, and we have a problem in America.

So, when I heard about Shaun King’s campaign to #runwithmaud, I knew I was running. Just like 500,000 other Americans who ran that day, I was grateful for this small way to take action and spread awareness. I picked up a TV for Ahmaud because looking suspicious doesn’t get me followed with shotguns in my America. I began to realize there isn’t just one America. I ran that day in total safety as I thought about all my friends who would probably feel differently. As I ran through the streets with a TV in my arms, people I had never seen before smiled and waved at me. No cops were called, no one asked me what I was doing. Beyond the slight bruise on my arm I was totally fine, and I knew I would be.

When I posted the video, I hoped to do my part by getting 1000 views. I didn’t think a lot about it. Well… the video went viral. On Twitter it got 6.5 million, on TikTok 1.3 million, and became one of the top trending stories on Reddit. I was sent articles from news organizations and websites I didn’t know existed. I have been called a hero, an idiot, evil, brilliant, and an attention whore. I have received hundreds of thank you messages, and a couple of death threats. Professionally, this has only negatively affected me, because it made some in my denomination ‘uncomfortable.’

I am truly thankful for all these responses because I have learned from them. I have even watched the pattern of diversity in responses emerge. Certain responses from those in the POC (people of color) community, a term I had to google just days ago when I first heard it, and others from the White Community. POC’s responses varied from incredibly grateful for me speaking up, to understandably skeptical and frustrated. The white community had an even wider range of responses. Some of my community were grateful and wanted to stand up and help too. Many felt like I am part of the problem, creating the race problem by talking about it. They believe that the problem with race in America is essentially that ‘Black people think we have one.’ Others threatened me or accused me of having white guilt, and of being a left extremist snowflake.

Let me be clear…I am the crazy white guy who carried a TV while running. Beyond my love for freestyle and break dancing I am culturally very…white. A week ago, I wasn’t even part of these conversations. I had fought for cultural appreciation and diversity in only the smallest of capacities. I had led a multicultural service and was on the board as president of a homeless center when I was active in ministry, but civil rights were not my focus. I can remember when I first heard the idea of arguing against the concept of white privilege. In my head I imagined sipping champagne all day on my yacht like ‘privilege’ meant. Since, I have learned what is meant by privilege is simply common human decency, and it is… not as common as I had assumed.

I am still learning and listening. Before we prejudge someone or make assumptions about a community, we should listen. I didn’t go into any of this from a political perspective, but a human one. I am now seeking to understand better this cultural divide and look for ways I can help to build a bridge between. Ultimately as a Christian I am supposed to follow Jesus. I know that when most of us think of Jesus we see him through the light of a religious refined legalistic paradigm, we might picture a shockingly white man in fine robes.

Maybe we even think of self-righteous bigots who claim to come in his name, and so I don’t mention him lightly. The historical Jesus was actually a Jewish middle eastern homeless revolutionary who created a movement that brought people of all different ethnicities and classes together as brothers and sisters. I don’t know how so many in the church have lost sight of that, but it is the heart of God… all people will be blessed.

Now, when I say that it may sound like one of those cliché banners, ‘all we need is love’, ‘just listen’, ‘we are one.’ The truth is, our prejudgment is based on a complex cultural and often traumatic history that led us to this point. Building bridges takes understanding the hardness in our own hearts and being willing to be wrong. It starts by just listening and asking clarifying questions, before we default into an argument. Admittedly, I don’t have all the answers. I am trying to learn as I go, but Ahmaud Arbery is dead. Whether you think it was clearly not about race, or clearly it was… he is dead.

Whether you think Ahmaud was a thief, or an innocent jogger, he is dead. Of course, it would be easy to close our eyes, to change the channel, unfollow the post but, Ahmaud Arbery is not alone, and people are going to keep dying. While we keep arguing from our political position and make this about proving a specific point. Whether you win or lose an argument on twitter, Ahmaud is dead. How high do we have to stack the bodies till we stop arguing about the specifics and we take a broader look at the problem?

Bigotry doesn’t grow when we shine a light on it, bigots are cowards and eventually run away. Even the bigotry in my own heart, got smaller and smaller the more I talked about it, instead of trying to deny it. Bigotry grows when we turn a blind eye to it when we do nothing because it isn’t our community, problem, or political agenda. A week ago, I was a FORMER pastor. I was trying to keep my head down, as I work through my personal issues.

In my life I have made so many mistakes and failed to do what is right more times than I have stepped up for what was. I was not looking for a cause, but I watched a video of a young man die and refused to look away. I did what any motivated millennial would do which was the smallest possible thing. I did practically nothing. I posted a 15-second video, and this is the result. Sometimes even the smallest act of kindness or understanding done for someone who is truly hurting makes a bigger impact than we could possibly imagine!”

This story was submitted to Love What Matters by Richard Demsick of Vero Beach, Florida. You can follow his journey on Instagram, TikTok, and Twitter. Submit your own story here and be sure to subscribe to our free email newsletter for our best stories.