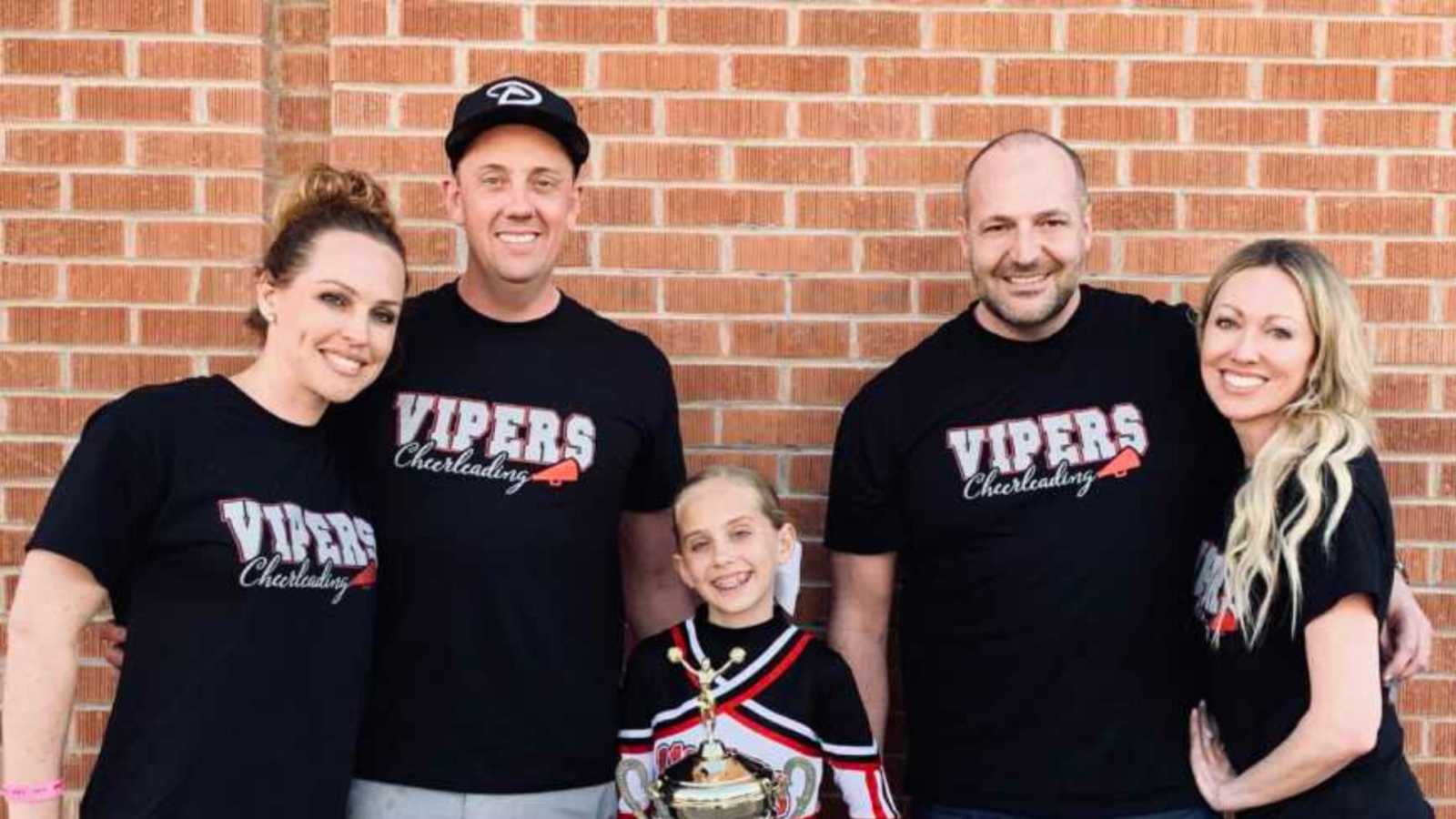 “My ex-husband and I separated in June 2013 after ten years of marriage. Things had been volatile for a long time and there was no exception even after the divorce. I dreaded pickups and drop offs with our three children. It pained me to say ‘goodbye’ to my children who were ages 2, 5 and 8 at the time-even if it was only for 2 days. I had always been a stay at home mom…being a mom was my highest achievement. However I knew they needed a relationship with their dad and thankfully he desired to have one, even though he had a rigorous job schedule and could only see them 2 days per week.

Ultimately a few years after our divorce a medical emergency for one of our children was the fighting factor which led us to court, Emergency Temporary Orders, Orders of Protection, individual therapy, family therapy, couples therapy, astronomical legal bills, heartache and pain. At one point we were court ordered to conduct drop offs and pick-ups at the local police station. We were a mess. A disgrace. I knew this wasn’t healthy for our children.

It was clear the kids felt trapped in the middle; they weren’t acting like themselves. I personally was at my lowest point; it was affecting my health, my friendships and my new marriage. I had heard about those families who were able to co-parent effectively, who attended (or threw) their children’s birthday parties together, who could sit next to each other at their child’s sporting events and not behave like they’re on an episode of Jerry Springer.  I wanted to be like these families, to say I was jealous was an understatement. After everything we had been through I never thought we could co-parent in a healthy fashion. Ever.

But time was a gift. Months and years passed and our hearts softened and we realized we were fighting for the same thing…for the well being of our children. We owed it to our kids to put them first! I can’t pinpoint the exact day when things just turned around. At some point we realized it’s so much easier to put our differences aside and co-parent these kids all together. Do we always agree? Absolutely not! We will always have differences of opinion regarding some things- and that’s ok. When differences arise we just try and compromise to the best of our ability.  But what is most important is our children know we’re a united front: Mom/Stepdad and Dad/Stepmom and we try and keep things as cohesive as possible between 2 different households.

Occasionally, my oldest who is now 14 will ask about the ‘old times’ as she was 8 when we divorced. I do my best to answer her questions in a positive manner. My middle and youngest don’t remember a lot and don’t ask many questions.But in order to keep happy childhood memories alive I will look through old pictures with my children and tell funny stories of when they were babies just so they know how how much they were (and are!), loved even though their dad and I didn’t work out.

I can tell you the saying, ‘it takes a village…’ has new and great meaning to me. I had to have emergency surgery a year and a half ago and my ex and his new wife stepped up to help with the kids. When my ex-husband is unable to attend games or events for the children I make sure to send pictures and videos so he doesn’t feel like he’s missing out. We have been able to have countless discussions about behavior, grades, after school activities, and teen drama, to which I am grateful (grateful for the communication, not the teen drama!)

For example recently our son got in trouble at school. His dad and I both received an email from his teacher on what happened. We both responded to his teacher and said we would follow up with him at home. My ex and I spoke briefly on the phone and decided together that a fair punishment would be to take away screen time for a set number of days. My son was with me for the weekend so I followed through with his punishment, and when he went to dad’s house on Monday the same punishment was still in place.

For those parents out there who are struggling with co-parenting I wrote this story of hope for you. One of my favorite quotes is from Theodore Roosevelt, ‘Comparison is the thief of joy.’ Everyone’s story is woven so differently and I understand there are separated/divorced parents struggling with what seems like the impossible while reading this. Please don’t compare your situation or berate yourself over the fact that healthy co-parenting seems unattainable at the moment. Please believe me when I say, if we, of all people, were able to overcome this, you can too! I hope the gift of time, space, prayer, and the deep love for your children can turn your situation into one of positivity.”

This story was submitted to Love What Matters by Meagan Bussing of Arizona. Follow her on Instagram here. Do you have a similar experience? Submit your own story here, and be sure to subscribe to our free email newsletter for our best stories.

‘Good job Mommy. You came just in time.’ I asked her why. She replied, ‘I didn’t want Addison to feel bad that I have two daddies, and she only has one.’

‘The top two photos were taken when Adam and I were married. The bottom two, taken nearly one year and over two years after our divorce was finalized.’ 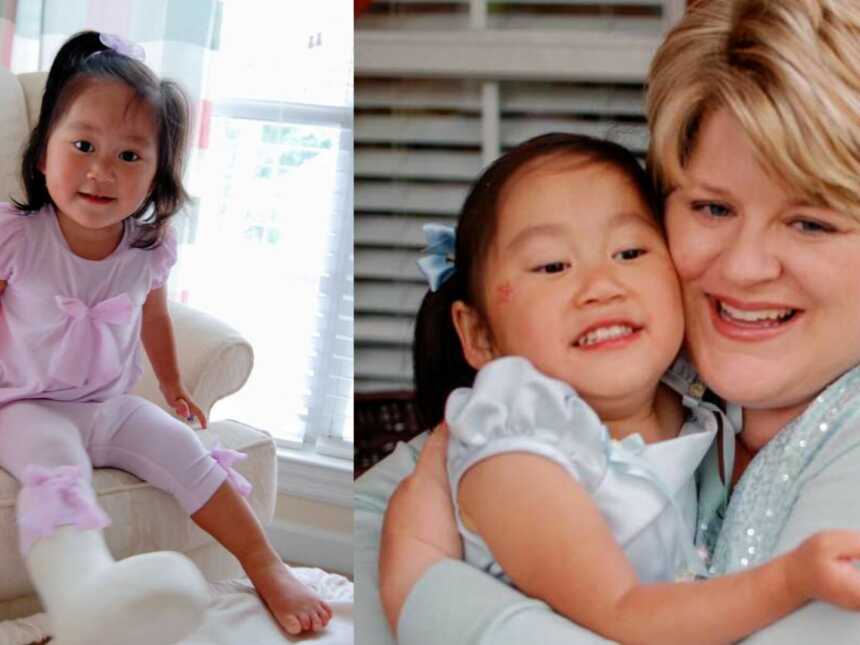