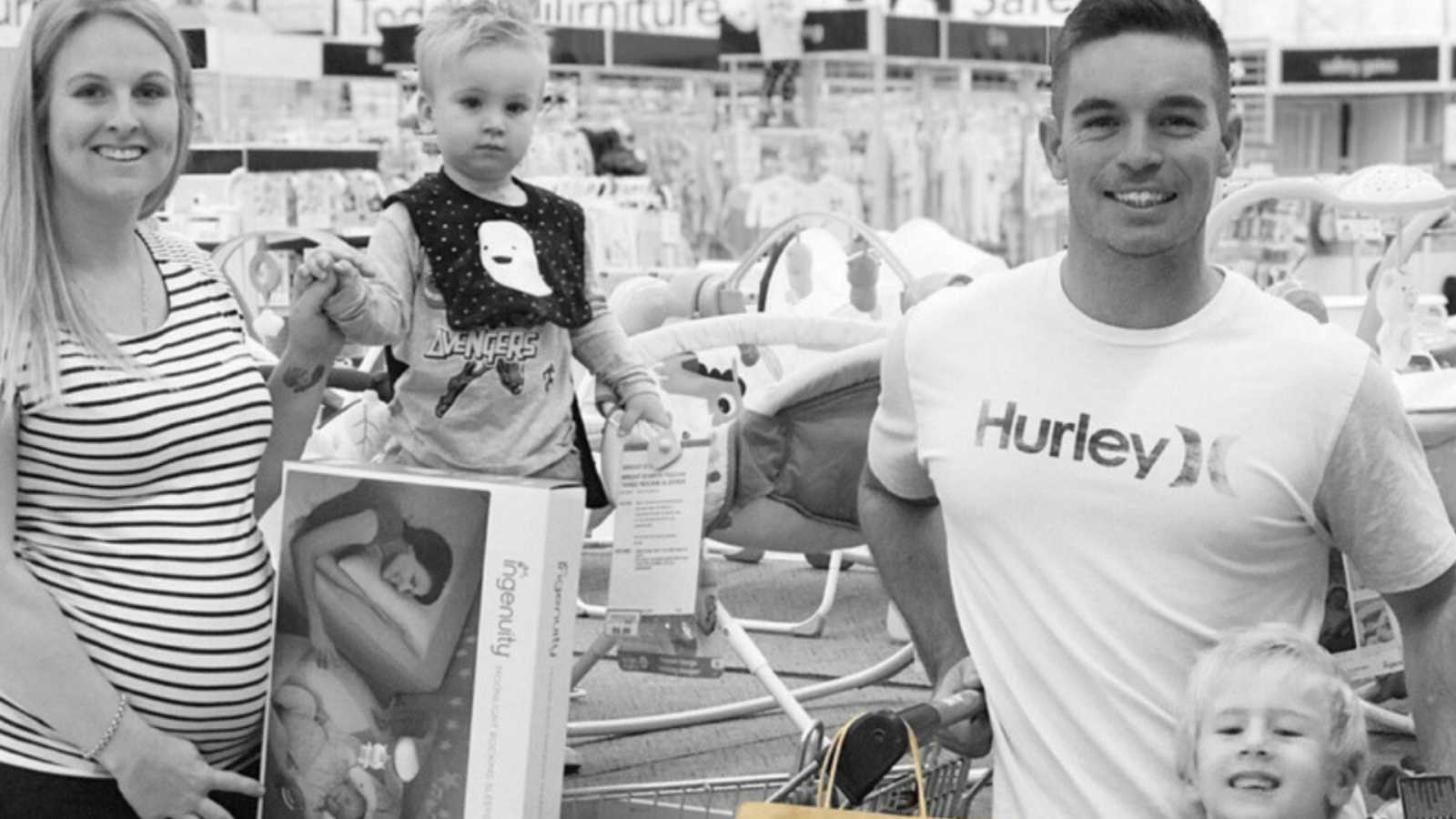 “Until this point, we’ve had 3 from 3 boys. No dresses. No make-up. No dance classes. No princess costumes and no dolls. Just cars and dirt.

I know she wants a little girl one day. She‘s always said mothers and daughters have a different kind of bond than moms and sons. In the back of her mind, I think she’s worried they’ll grow up and flee the nest as young adults and she’ll be left without a best friend.

So it’s safe to say that after 3 boys, so far this pregnancy held hopes for a little princess to balance out the numbers in our little family.

Well we had the test done a little while ago now and the letter came a week later. That night when I got home we met at the kitchen bench to open it together. It didn’t feel as magical as the gender reveals you see online. It was just us and a plain white envelope with a doctor’s report inside.

There was a pressure on this one we hadn’t had before. We’ve never talked about having more after this one, so in a sense, it almost felt like our last chance to bring home a little girl. Her last chance to have a teammate in our house of boys.

As I opened it she said. ‘It’s another, boy isn’t it…’ I smiled back at her and said, ‘Yep.’ And just like that, our team of little men outnumbered her by one more.

At first, we laughed and joked. I think we were both a little shocked. But after a few short minutes, the ‘we only make boys’ jokes went away and the laughs slowly became silence. I looked over at her again a few moments later and by this stage she was crying. She felt let down. We both thought we’d be buying pink this time.

But she wasn’t crying because it was a boy. I think it just hit her that she wasn’t going to share that mother/daughter bond she’s always talked about. And I think somewhere in all of that, there was a guilt that hoping for a girl meant she wasn’t excited as she should have been about a boy. But that’s not the case, because it’s okay to wonder. And it’s okay to hope. But the most important thing is we’re expecting a healthy baby into this world to join our family. And that’s special!

So even though we got plenty of boy s–t at home already, we decided to retire the hand-me-downs this time and smash up the Babies-R-Us big sale for little ones. We did the full store round trip and they helped us scope out everything with a new baby list as if it were our first time all over again. I think we needed it.

We got excited about the bassinet. They showed us all the prams. We tried out a new car seat and we debated the comforters until we walked out with neither. Seeing all the tiny onesies again helped us remember the magic of having a newborn all over again. And it did feel special this time. I think it’s exactly what she needed.

So, no matter what you’re hoping for, whether you wanted a boy to be your buddy or a girl to be your princess; just remember the magic is all the same; and don’t for one second feel an ounce of guilt.

Because no matter whatever else happens, the day you‘re holding a healthy baby in your arms is the day nothing in the world could matter less than whether the balloons were pink or blue.

And we’re the luckiest people in the world.”

This story was written by Brad Kearns of DaDMum. The article originally appeared here. Be sure to subscribe to our free email newsletter for our best stories, and YouTube for our best videos.

‘I’m happy to see you prioritizing yourself for once.’ That sent the message of a controlling husband. It was really upsetting.’: Dad’s important message for ‘nosey, judgmental’ people who have ‘no idea how partnerships work’

‘For a long-time people have said, ‘Your wife is very lucky to have you’ or ‘I hope I find a man who treats me like that.’ It really irks me.’: Husband says it’s not about luck but about not settling