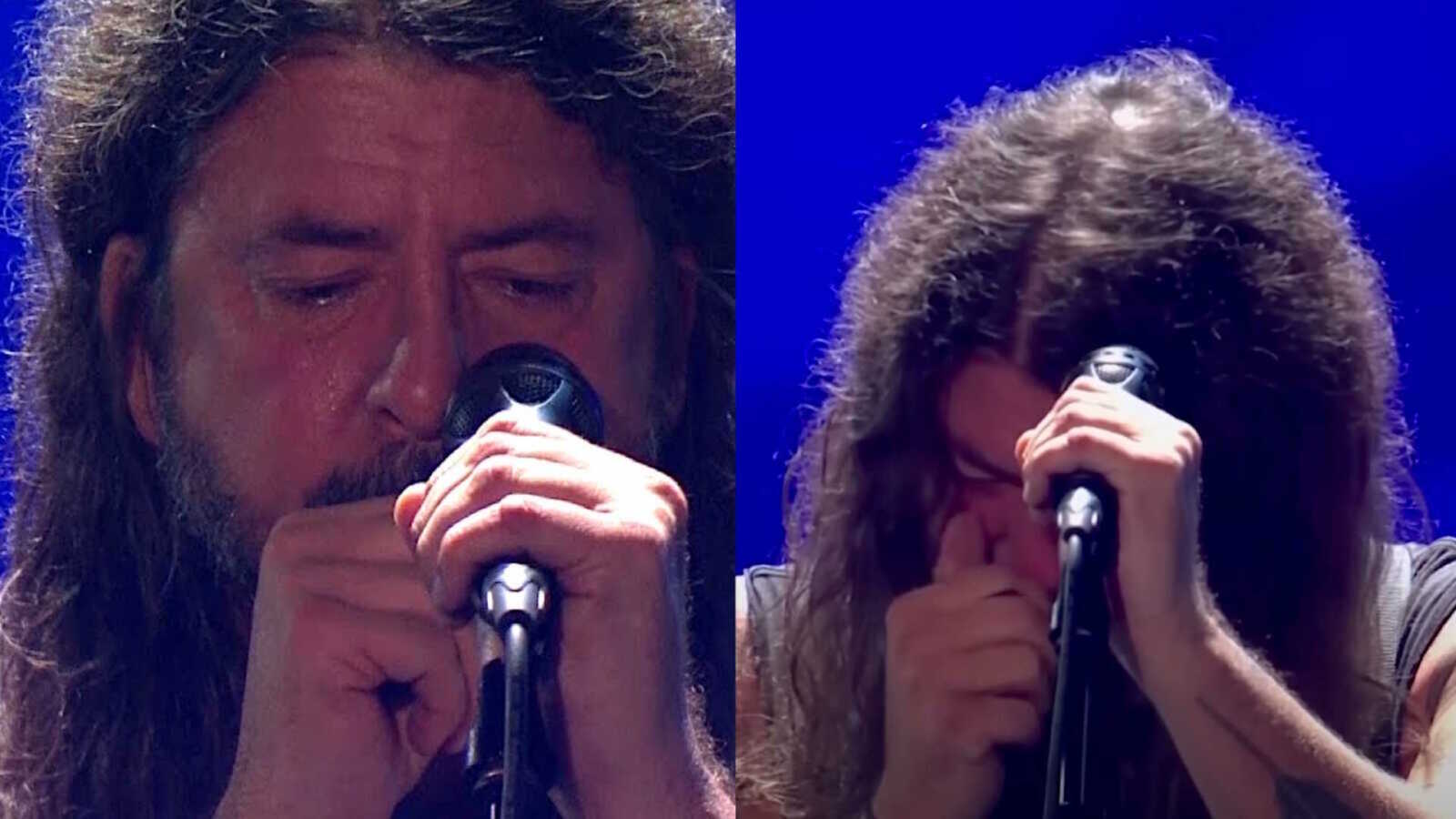 Taylor Hawkins, drummer of the Foo Fighters, dedicated husband, and father of three, unexpectedly passed away at the age of 50 on March 26, 2021. In the wake of the now-legendary drummer’s death, his fellow bandmates put together an incredible tribute show to honor him.

The live concert and livestream event marked the first time the Foo Fighters performed live since that tragic day.

Dave Grohl — Hawkins’ best friend, legendary frontman, and his brother-in-arms for 28 years — performed with the rest of the Foo Fighters, plus a slew of other iconic rock stars during the six-hour event at the Wembley Arena in London.

There were several highlights of the concert, like when Grohl’s 16-year-old daughter sang lead vocals. And when Taylor Hawkins’ 16-year-old son played the drums with incredible passion and skill during the Foo Fighter’s song, “My Hero,” there wasn’t a dry eye in the arena.

In the emotional clip below, the band performs its hit 2003 song “Times Like These.” Grohl, who says he wrote the song about hope, compassion, and friendship, began the song composed… but as the verse kicked in and the lyrics hit him, he started to break down. The audience could feel his emotion and started singing for him before the band joined in.

The show at Wembley was the first of two tribute shows dedicated to Hawkins. Both events will benefit charities close to him and his family.