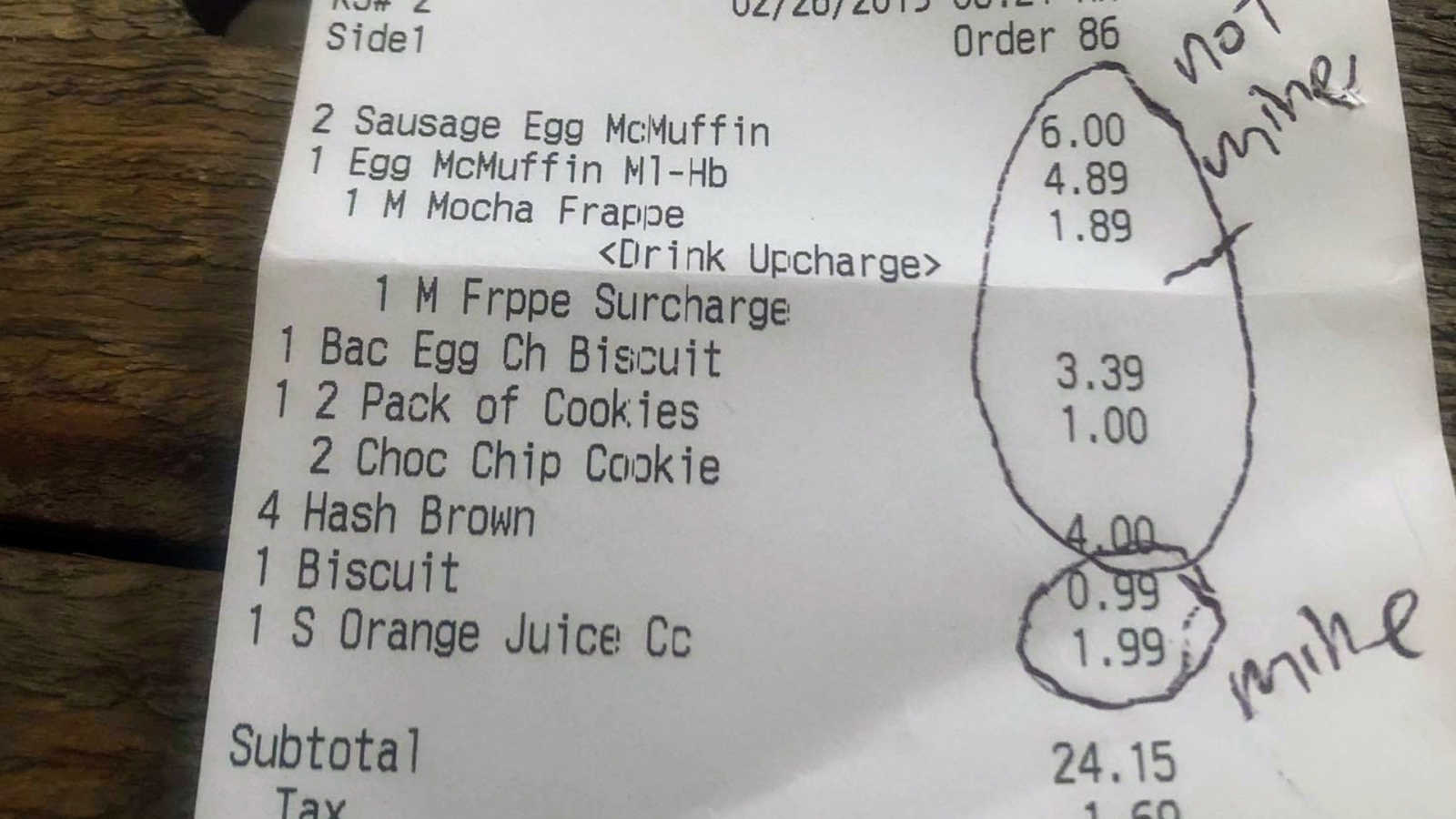 “A situation really pissed me off this morning.

So much so I could feel myself falling back into a place of hate.

One I had just recently escaped.

With the words I had written about my late wife the day prior fresh inside of my head, I headed out for my morning coffee with the intention of paying for the person behind me.

A simple way to pay it forward in an attempt to turn around the negative vibes that had taken over my mind so early in the day.

Normally going through the drive thru to escape the cold, something told me to go in today instead.

Walking up, I had hoped a family would be in front of me so I could pay for more than just one.

A man opened the door and allowed me to go first.

‘This is going to sound weird, but I’m going to pay for you today, in an attempt to pay it forward.’

With a smile he explained he was getting dozens of donuts for his office and he could not accept.

I told him that was fine, I didn’t mind the cost, but he still refused.

‘The offer made my day, though. Thank you for that.’

Leaving the coffee shop, I felt disappointed. While I understood the decline, I have come to realize even the smallest act of kindness has the ability to turn one’s day around.

My day had yet to be turned around.

‘Maybe I’ll get a biscuit from McDonalds,’ I said to myself.

‘There will be someone there I can pay for.’

Walking up to the register, there was only one customer.

A Hispanic woman placing her order.

‘Do you speak English?’ I said as I tapped her on the shoulder after listening to her place her order.

She shook her head no.

‘Ask her if I can pay for her food,’ I asked the employee.

The woman was asked the question and then looked at me with uncertainty.

‘Tell her I said to please let me.’

Neither of them realized I was doing this more for me than for her.

‘Gracias senor,’ she said as I walked out.

I responded with two of the very few words of her language I know.

Financially, I was speaking the truth.

It was another small step in choosing love over hate.”

This story was written by John Polo of Better Not Bitter Widower. The article originally appeared here. Follow John on Instagram here. Submit your story here, and subscribe to our best love stories here.

‘He said to my son, ‘Do you really like my shoes?’ The boys will never forget what Quinten did.’: Mom shares act of kindness from stranger, ‘Kindness changes the world’

‘It felt like we were surrounded by judgmental eyes. That’s when you decided to do more than smile at us.’: Special needs mom shares how stranger’s simple act of kindness gave her strength

‘My 5-year-old saw a homeless man on the way home. ‘I don’t have any cash on me.’ And then it happened. Our son caused a chain reaction.’: Dad in awe after son’s act of kindness

‘I just had a kid. Could you take $400 for it instead?’ I opened the dryer to check the lint filter and was shocked.’: New dad surprised with act of kindness from stranger selling washer and dryer