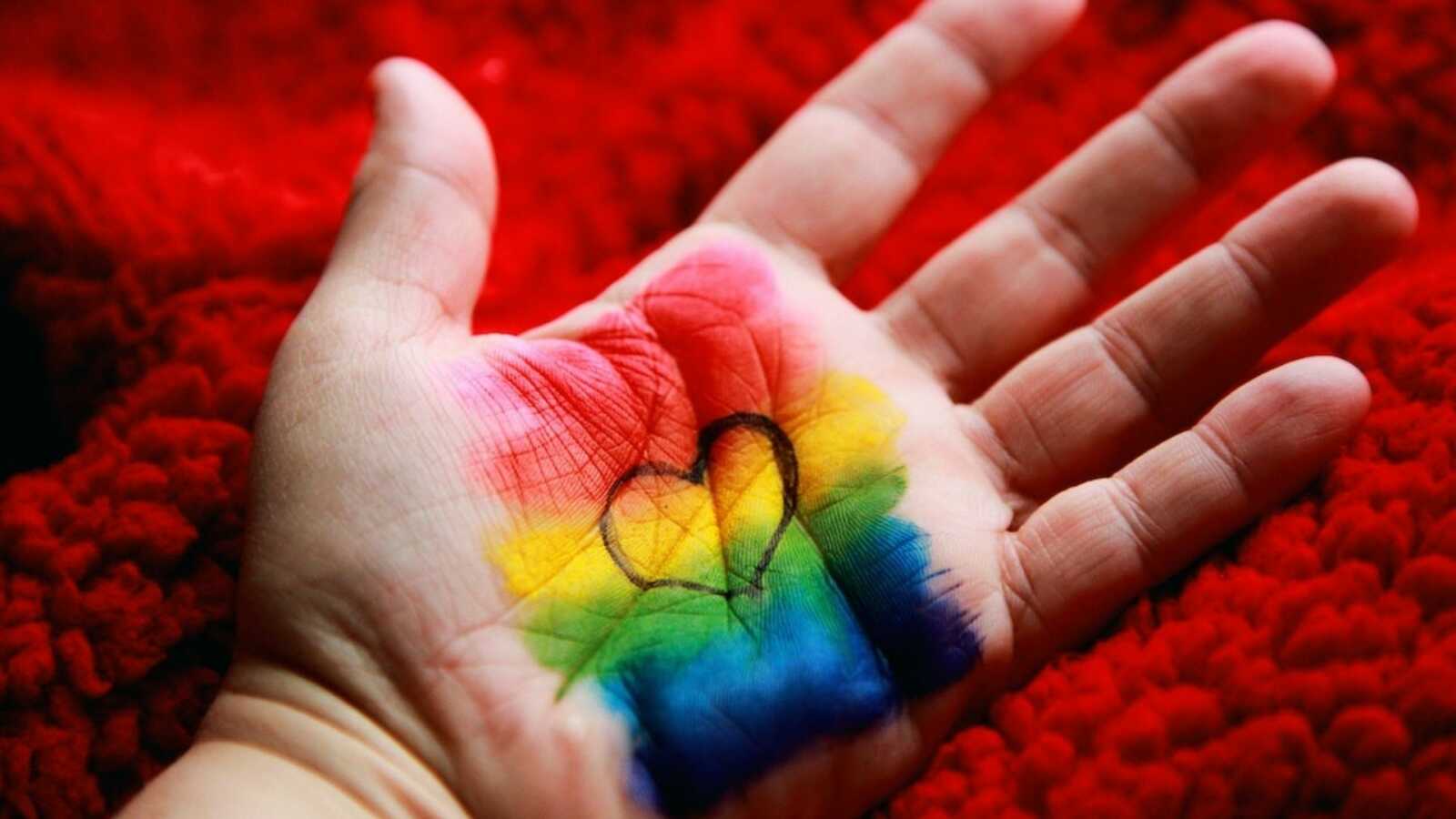 Disclaimer: This story includes descriptions of homophobia that may be triggering for some.

“Every year around this time, I debate with myself about sharing my story. Every year, I decide not to. I’m always concerned about how both myself and people I care about will be perceived in this story. This year I’m taking ownership. It’s my story, and if it helps just one person, then it’s all worth it. So here it goes.

A little background on me. I grew up in a very conservative household. But not just my household, my entire family. And all of my friends. Everyone I knew. I heard ‘queer’ and ‘f****t’ all my life. I graduated from a small, conservative high school. Being gay meant people were scared to change in front of you in the locker room. It meant your ‘friends’ would talk about how they felt uncomfortable around you behind your back. I didn’t experience this firsthand. I watched it happen. From the other side of things. I’m not proud of this story. It’s a part of my past that I continually look back on and feel sick to my stomach at how much of a coward I was.

I’m going to spare y’all the details of how I started to question my sexuality and blah blah blah, and start with when I started to become aware that I wasn’t ‘normal.’ It was my senior year in high school. There was a girl who I had developed a crush on, and I didn’t understand it. In my mind, I was not gay. I couldn’t be. I had stood against it for so many years. I had made fun of people with my friends. I had put other people down. I was involved in almost every single extra-curricular activity, and I was good at it all. I was well known in my little 2A high school. The THOUGHT of me actually being gay and having to come out made me hate myself. And it made me idolize my friends and my family because I so desperately wanted to be like them.

So, I kept it bottled up and started coping in very unhealthy ways. Unhealthy friendships, relationships, habits. All of it. I only told a few people what was going on in my head and my heart. The people I did tell did their best to support me, but I was still part way in denial. I was miserable.

‘All I Did Was Watch’

Flash forward to college. I started to become a little more comfortable with the idea of finally being true to myself. Then my little brother was outed to my whole family. I watched as his world fell down around him. My mom did her best to set aside her own beliefs and feelings to show love and acceptance, but I can’t say the same for anyone else. I’m going to leave out details because that’s his story. Not mine.

My only part in his story was that all I could do was watch. Anyone who knew me, knows how protective of him I was back then. I wanted more than anything to step up and tell the truth right alongside him. To soften the blow for him. To stand by him and to show him that he wasn’t alone. All I did was watch. I was terrified. My entire being was defined by who I was. My relationships, my accomplishments, my reputation. Would what was happening to him happen to me?

Looking back, this is the part I feel the most disgusted by. I had done and said some pretty messed up stuff to people who were out to protect my image. But this was by far the worst. This was when I began to spiral. I graduated high school first in my class. I started college off already having a 4.0 GPA because of dual credit. By the end of my first year of college, my GPA had tanked to a 1.4. I was put on academic probation. I lost my scholarships. I was drinking. A lot. I made a lot of bad decisions. In 2015, almost exactly two years after I graduated high school, I found out I was pregnant with my son. I dropped everything and moved back to Amarillo for the support of my family.

This was when everything changed. Being around my little brother more, I saw his strength and his courage. I began to be honest with myself. Not with anyone else, but with myself. That was the first step. Then I began to come out to the people closest to me. But only the people who I felt like would be the softest blow. My mom, my brothers, and a few friends.

Even there, responses I got still creep up on me daily, and they still sting. ‘You’re not gay. It’s just ‘in’ right now.’ ‘You’ve dated boys your whole life. This is just a phase.’ ‘Go back to being straight.’ ‘Everyone sins differently.’ And there’s plenty more. No one deliberately put me down, and no one treated me differently. But no one took me seriously or believed what I had to say, and I think that was worse.

Flash forward a couple years, and I was outed to a family member very close to me who I didn’t think I would ever have the courage to actually come out to myself. We didn’t speak for weeks. The utter disgust and disappointment and shame were made very evident without them even having to say a word. My heart was shattered. But, after that, there was no point in hiding it anymore. The one person I was the most terrified of already knew. So, I came out to everyone.

The responses varied, but most weren’t great. A lot tried their best to be loving but made sure to get their point across that I was wrong. That I was sinning. But by this point, I had stood back and stayed quiet way too long. I grew a backbone, and I stopped caring about what people thought. I openly stood up to my family. I became vocal on social media. I defended myself and my brother with everything I had.

There are still days when it breaks my heart to hear the things my loved ones say. There are relationships that will never be the same. There are relationships that are only held together by the silence on the subject. It is still hard. Every day. And I have in no way whatsoever redeemed myself for the mistakes I’ve made, for the people I’ve hurt because of my own insecurities, or for letting myself and my brother down when both of us desperately needed me to step up. I still live with that guilt and that shame.

But I’ve forgiven myself. I’m honest with myself. I express myself. And the most important part, I’m happy. Genuinely happy.

My story isn’t some dramatic story with a happy ending. It isn’t inspirational in the way most people would think. But it’s raw and it’s real. So, for the people out there struggling with the same things I struggled with: let go. Let go of the weights holding you down that are your ego and the opinions of the people you love. Let it all go and be true. For yourself. Because that’s the only person you have any obligation to.”

This story was submitted to Love What Matters by Megan. Submit your own story here, and be sure to subscribe to our free email newsletter for our best stories, and YouTube for our best videos.

‘Michael? Is it for a man?’ At that moment, everything opened up.’: Gay man celebrates Pride by sharing tear-jerking coming out journey

‘My dad looked at me. ‘I have nothing to say to you right now.’ He got up and walked out the door.’: Gay woman shares experience coming out in religious family

‘I can’t stand to live anything less than my full truth anymore.’: Bisexual man shares coming out journey

‘As I saw my reflection, something clicked. I saw this gorgeous, beaming person on the computer screen. ‘That’s her, this is it.’: Non-binary transgender woman shares coming out journey