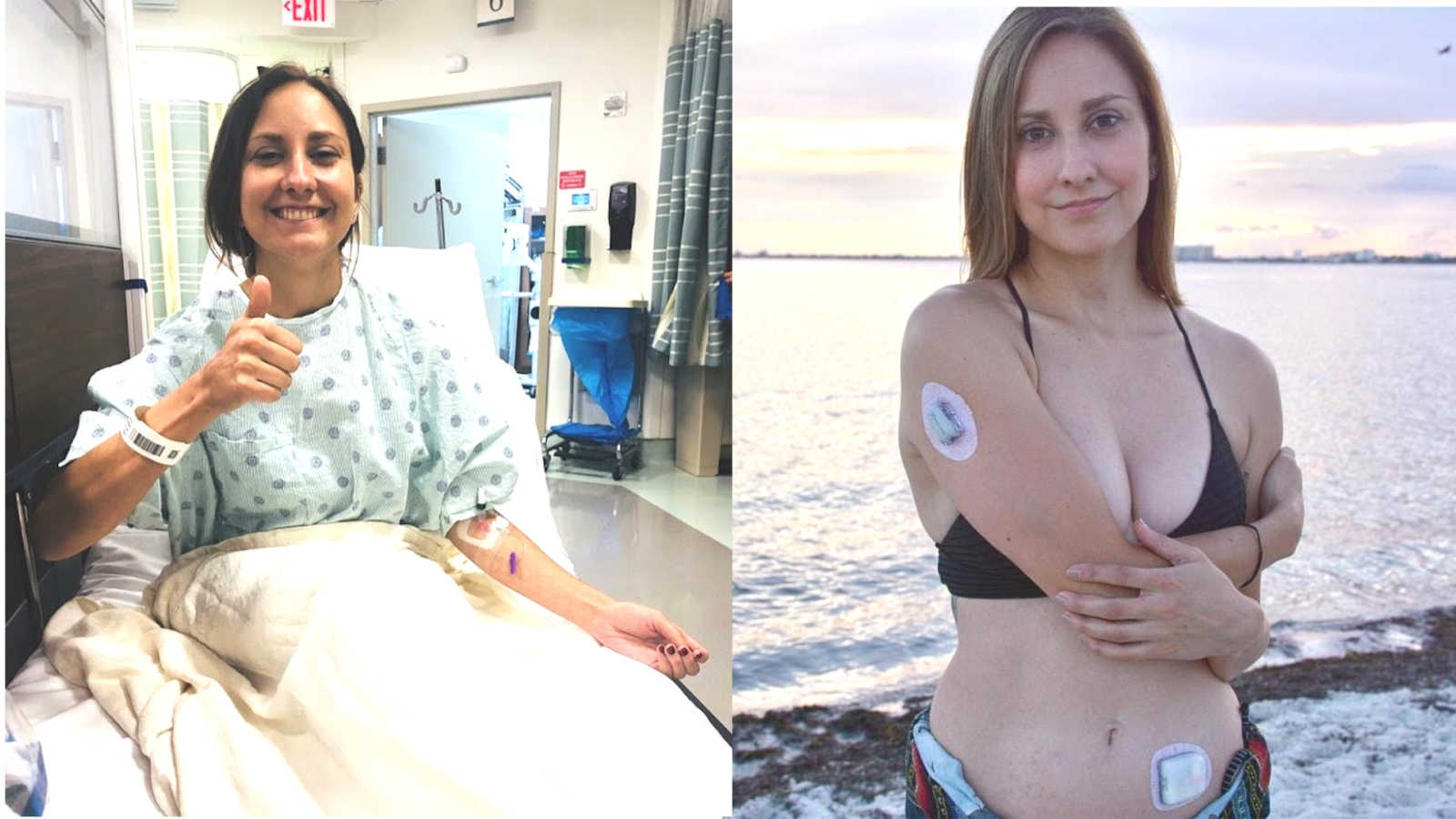 “I remember the first time I knew something was wrong. Like really wrong. I was sitting in the middle of my Physics 211 midterm during the spring semester of my freshman year of college. The exam was right in front of me but I couldn’t see it. The words and numbers were as clear as day but I couldn’t see it. My head was in such an extreme fog and I felt so nauseous I had to force myself not to pass out or throw up right then and there. I studied for weeks for that exam and had nothing to show for it except for a 19% as a grade therefore withdrawing myself from the class.

Throughout the next few days I felt myself getting more and more sick. I was constantly thirsty. I was using the bathroom every half an hour and waking up 4 times throughout the night to go. My body was always craving sweets – orange juice, ice cream, Gatorade, you name it. I was tired and fatigued all the time. I woke up one day and everything was so blurry I couldn’t even see my roommate sitting three feet across from me. I lost 10 pounds in 3 weeks. At first I contributed this all to my recovery from the flu a few weeks prior but as time went on, I knew it was more.

One night I decided enough was enough. I didn’t know what was wrong with my body, but I had to find out. What else to resort to than Google? Every single symptom I entered into the search bar lead me to my answer. Type One Diabetes. When I realized this, I immediately called my parents. ‘No Lissie, that’s just not possible. It doesn’t run in our family and you’re not overweight.’

It just didn’t make sense. My research told me one thing, but the stigmas made by society on what diabetes looks like was telling me another. Well, if Google couldn’t confirm my diagnosis then I guess it was time to call in the big guns. I called the overnight nurse at my local hospital. After telling them all my symptoms, they put me on hold. When they picked back up, their voice seemed urgent. ‘Miss Poyner? Go to University Health Services as soon as they open in the morning. Don’t wait for an appointment. Don’t eat or drink anything for the rest of the night.’

After a long night of no sleep I did just as they said. The nurses scurried me into a patient room, took my blood and had me pee in a cup. Then came the wait. Time seems to go so slow in the doctor’s office and every possibility of what can be wrong seems to find its way to your imagination… Finally, the Physician Assistant came in the room. Her face was empathetic, which was the tell-all sign my life was about to change for good. ‘Your lab work came back.. Your blood sugar was 438’ (normal is roughly around 100) ‘and you have ketones.. I think it’s safe to say you have Type One Diabetes’.

Everything after that is pretty much a blur. She sent me home with instructions to eat very low carb until my appointment with an endocrinologist the next morning. The next thing I know I’m in the room with a Diabetes Educator who is teaching me how to test my blood sugar and inject myself with a needle to give myself insulin. She explained I needed to do this every time I wanted to eat. She taught me about carb counting and the difference between long acting and rapid acting insulin. She said I should always carry around glucose tabs and I should never exercise unless my blood sugar was above 150. She said diabetes is a 24/7 job but it’s still possible to live a long and healthy life.. as long as I take care of myself and keep my sugars under control. I remember being overwhelmed and just thinking ‘If I have to live like this.. I don’t want to at all.’

The real battle happened after I left the doctor’s office. I had people left and right trying to tell me how to ‘cure’ my diabetes. ‘You let them give you insulin? That’s like taking testosterone, your body only stops producing it once you take it!’ ‘Take out dairy and wheat from your diet and you won’t have diabetes anymore!’ ‘You can’t eat any carbs. Carbs make your diabetes worse.’ I felt like I was being pulled in a million different directions. Some people told me to get a second opinion from a different doctor because there was no way I could be diabetic. I just wasn’t ‘fat’ enough, I didn’t eat enough sugar as a kid to be diabetic… I was a competitive gymnast as a child, so the doctor had to be wrong.

When I went back for my follow up appointment a week later I expressed all my concerns. All my theories flooded out of my mouth like word vomit, hoping my doctor would have a revelation and see there was something she missed. Maybe something I would say would spark a memory and I was healthy all along! Instead she just looked puzzled and told me unfortunately that’s not how Type One works. The reality is when I had the flu my immune system attacked itself rather than the virus leaving me with beta cells that no longer produce insulin. That’s when all my hope of a misdiagnosis diminished, and it was the first time I cried over my diagnosis because now it was real.

It felt hard to believe back then but life continued to move forward. My endocrinologist suggested I take the rest of the semester off but instead I stuck it out and passed all my classes. My A1C (your average blood sugar for the past three months) went from a 10.8% to a 6.2%. I traveled to Curacao and Costa Rica for research studies. I lead a team every year in the annual JDRF walks. I found the Penn State chapter of the College Diabetes Network. I volunteered at a kids diabetes camp as a counselor. I graduated college in engineering with a job lined up before the ceremony.

Diabetes is no longer a scary part of my life. Instead it has become something I love to advocate for and educate others about. It’s such an integral part of my life and I can honestly say I don’t know who I would be without it. Don’t get me wrong, diabetes is a horrible disease and it takes so much out of us – mentally and physically – every single day. But in the end it turned me into a stronger person, and for that I am thankful.”

This story was submitted to Love What Matters by Lissie Poyner. Follow her on Instagram here. Submit your own story here, and subscribe to our best stories in our free newsletter here.

Do you know someone who could benefit from this story? Please SHARE on Instagram and Facebook to let them know a community of support is available.

Read other inspiring stories of people living with diabetes here:

‘If I wasn’t around, Zach could find someone he could have a family with. If I wasn’t here, he wouldn’t have to worry. These are MY problems. No one else should have to deal with them!’

‘I get it’: Woman with Type 1 diabetes encourages other diabetic moms with gripping newborn photo’