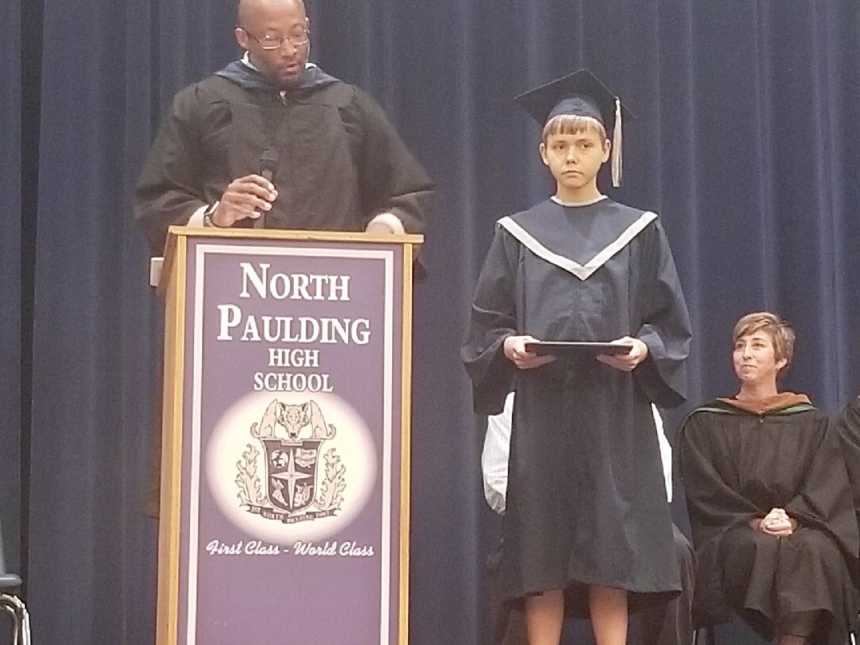 “Matthew was born with Cystic Fibrosis. He had multiple surgeries right from the beginning. Growing up, Matthew was a very intelligent student who excelled in everything he did. When he was 10 years old, he had to have a surgery to remove some bad parts of his intestines. During this surgery, Matthew’s body had a reaction to the induction drugs where he died for 3-5 minutes on the surgery table. After this surgery, he was in a complete vegetative state. At 10 years old, he had to learn how to do everything in life all from the start again. After months of physical therapy and rehabilitation, he was then sent home where he returned to school and continued education in the special education classes. Matthew returned to the 5th grade at Roberts Elementary. It was all a brand new start. From that point on, Matthew lived between the hospital and school. Between procedures, complications, and schoolwork Matthew was a very busy boy.

Matthew has taken many medications and breathing treatments from the day of his birth. He has to take not only medicines for the Cystic Fibrosis, but also other things like enzymes for every meal to digest. Now, Matthew is 15 years old. After all of the ingestion of medication to keep him alive and healthy, Matthew now has Cirrhosis of the liver. His health was rapidly declining and he was in desperate need of a new liver. After being on the Liver Transplant List for months, our family finally received the call that there was a match just for him. In less than 24 hours, Matthews parents had him in Atlanta at the Children’s Hospital at Egleston. It was time to give Matthew a life changing organ.

Matthew received his new liver on April 1, 2016. Recovery went well with minimal problems. About a year after the transplant, Matthew had a small blockage where the liver connected to his body. His body was growing faster than the liver could keep up with, which caused one section to balloon. The liver team went in and put a stint in the valve. After 4 months of the stint working, the doctors then decided to take the stint out. Shortly after the stint was taken out, Matthew then started to turn yellow and had to have multiple blood tests to determine the issue. After about 3 weeks, the doctors determined the issue was that his body was rejecting the liver. The liver was in perfect condition, it was his body producing too many antibodies to fight off the foreign object, being the liver.

Matthew was supposed to go into the hospital on May 29, 2018, but on May 21, 2018 his parents decided to go ahead and call his doctors because his health seemed to be declining. Matthew was supposed to graduate on Friday May 30, 2018, but the doctors wanted him to be in the hospital on Wednesday May 23, 2018. His parents hated to see Matthew miss walking with his class after 13 years of school that he had made it through. They called his teacher, Mrs. McLaurin, and explained why Matthew would not be attending graduation. With less than 24 hours notice, Mrs. McLaurin sent out a mass email to all county officials of the Board of Education and arranged a private ceremony just for Matthew.

On Tuesday May 22, 2018, Matthew received his diploma in front of a large group of family and school officials. It was the nicest most sentimental thing a school could have done for a child. North Paulding High School in Dallas, Georgia, put on a graduation ceremony for one child who has been through so much.

After the ceremony, they also had refreshments for everyone. Our family is beyond blessed for the gratitude and consideration they have shown Matthew. North Paulding High School went above their duty to make Matthew’s graduation a very special and personal day for us all, and for that, we are forever grateful!

Our family is so grateful for everything done to make sure Matthew had a normal graduation like every other child. It was so emotional watching him get to accept his diploma on a stage, in front of a crowd like a senior should be able to do. He has been through so much throughout his short lifetime. This very special event played a huge emotional part in a time that is such a huge deal not only for Matthew, but for the entire family.

For North Paulding High School to go above and beyond like they did for one child, words cannot describe how amazing that is, especially in a large school like this. We are unsure what his medical future holds, but for him to get to celebrate another milestone in life was simply amazing to see. Thank you so much for what you have done. We are forever blessed for Matthew to have attended here. And also to Mrs. McLaurin, who did all of this in less than 24 hours, we love and appreciate it more than you will ever know! You did something for a child out of the goodness of your heart expecting nothing in return. Thank you!”

This story was submitted to Love What Matters by Tiffany Hosay of Pulaski, Tennessee. Submit your story here, and subscribe to our best love stories here. 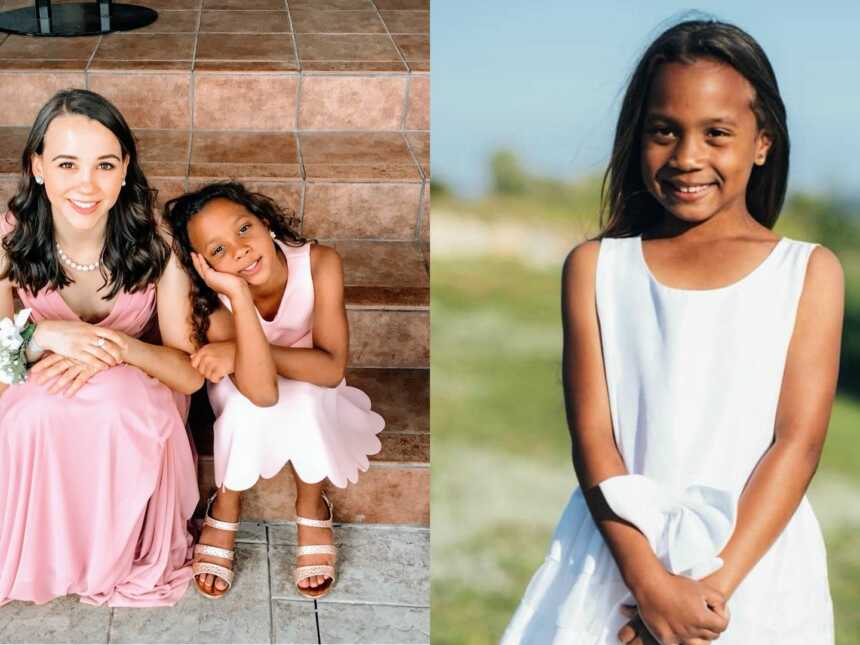 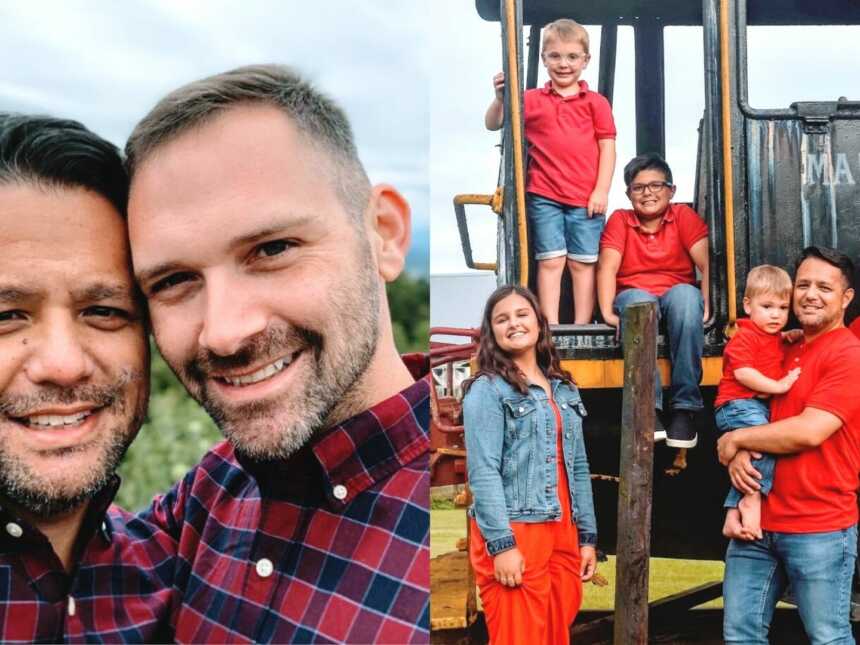 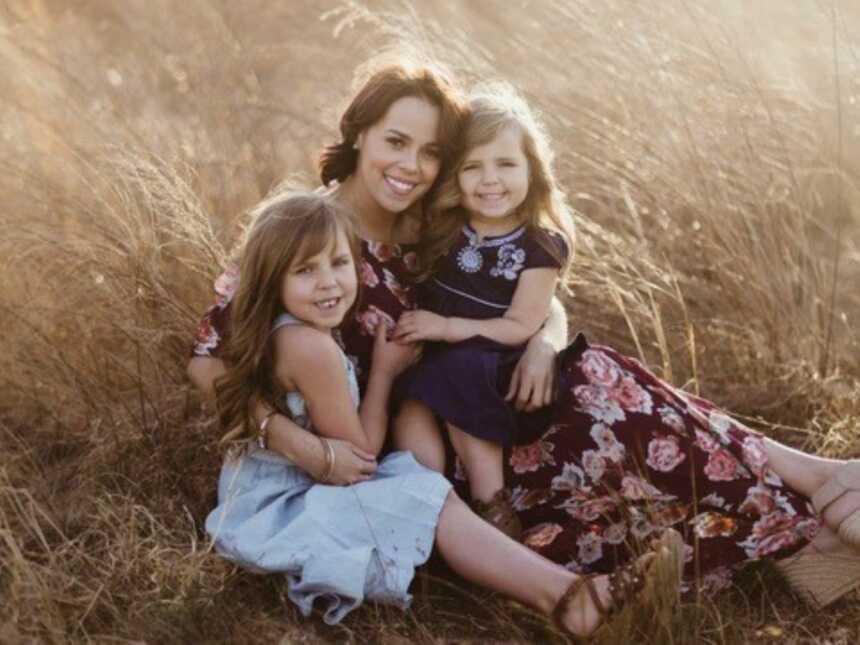