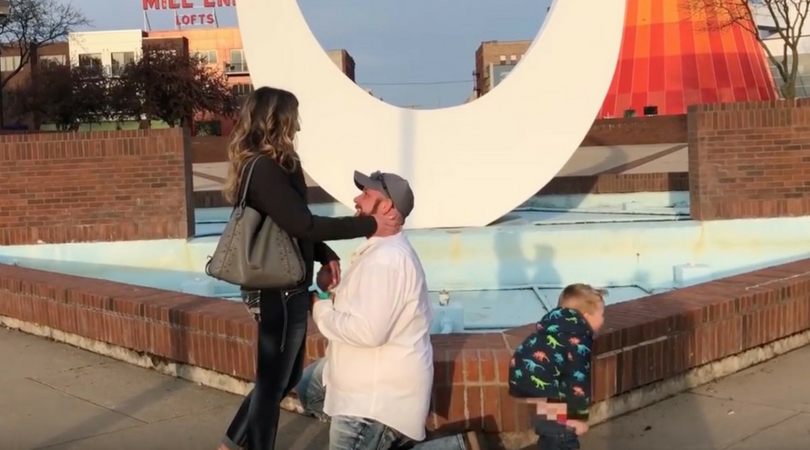 We have to give Owen props for his timing. As the beautiful moment was unfolding, the little boy, almost simultaneously drops his trousers, essentially replacing a beautiful proposal with a hilarity ridden stream of pee.

The couple, oblivious to the peeing bandit behind them, continue on with their once in a lifetime scene. As the videographer can hardly keep it together, Kevin can be heard in the moment he realizes what is happening, “He’s peeing, are you serious?!”

Indeed, Owen was very serious about his business. Thanks for the good laugh and blessings to the newly engaged couple!

‘My dad had other ideas…’: Father hilariously intervenes at daughter’s marriage proposal

‘I practiced for several weeks.’: Bride surprises groom by signing her vows for deaf in-laws

‘That’s the ring you drew on me!’: Woman recounts amazing story of finding ring exactly like drawing at thrift store