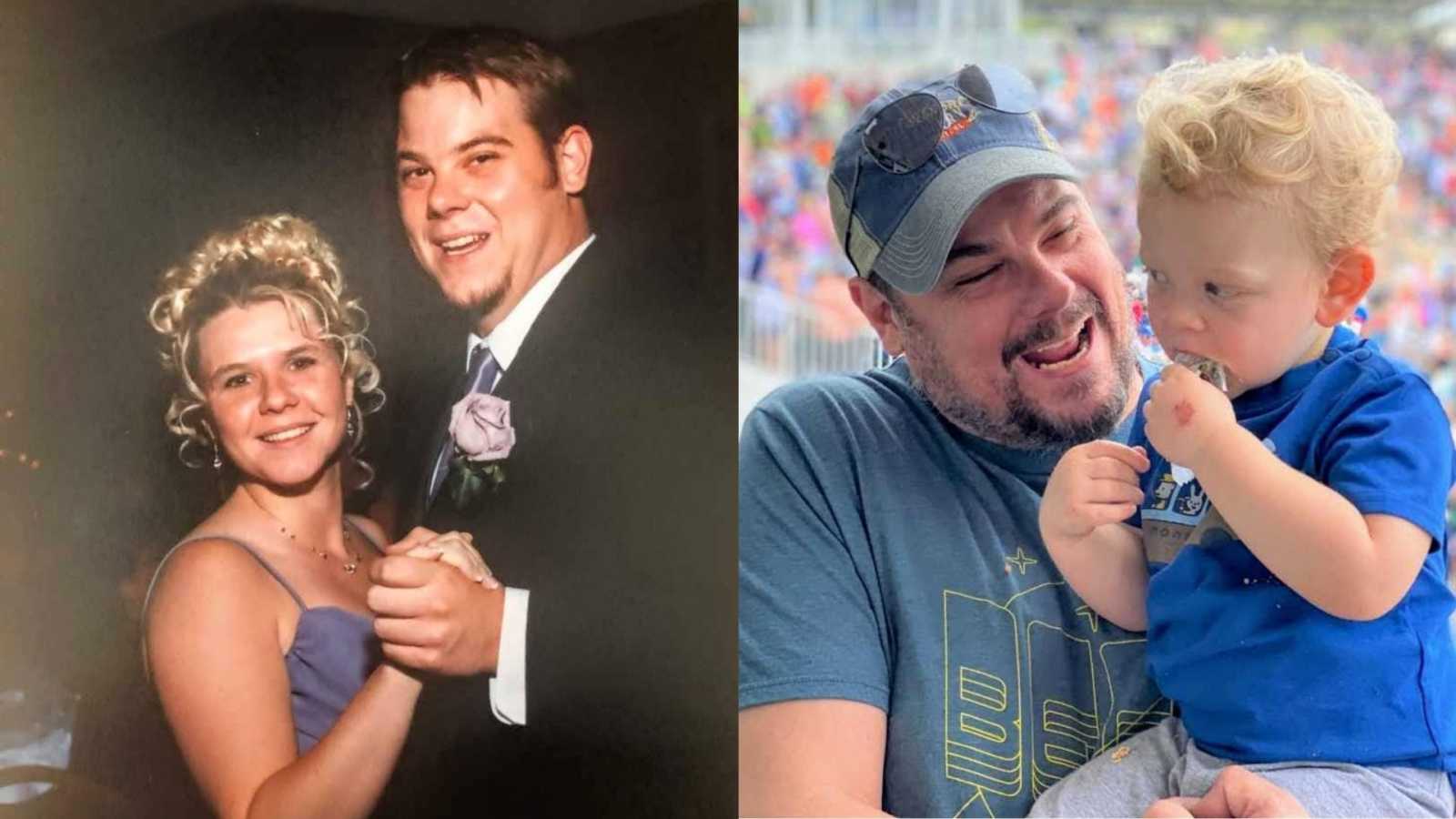 “My brother Pete was the most generous, gregarious, charismatic person I’ve ever known. He made friends everywhere. He could have a five-minute conversation with someone, and they would leave thinking they had a new best friend. That same person, after a 5-minute conversation, could call him up a year later needing a favor, and he would be there for them. He just loved people, which I always find funny because I am a classic introvert and could spend days alone and be perfectly content.

Pete was my absolute best friend in the world. He was with me when I met my husband and was the best man at our wedding. If we believed in ‘godparents,’ he would have been my son’s Godfather. We loved each other as much as any siblings could. People often mistook us for twins because of how close we were. I miss him every moment of every day…and although I was his only biological sibling, there are hundreds of other people that feel the same because they loved him like a brother too. He said I love you to his friends as often as he could, and ALWAYS hugged everyone when he greeted them and when they left.

He was a member of the hospitality industry all his life, working in bars and restaurants in Michigan and Florida after graduating high school. He loved what he did, and he was really good at it. He also knew he and his fellow servers and bartenders weren’t taken care of very well and thought it was his duty to take care of his compadres. He always left between 40-50% tips and was known to leave 100% tips for his favorites around town.

For about 2 weeks in March, he wasn’t feeling good. He had an ear infection, and because he didn’t have health insurance, he didn’t go to the doctor to get amoxicillin. He didn’t go to a walk-in clinic or emergency room because he owed our local hospital system $35k for a surgery to repair his shoulder in October of last year. On March 12th, at around 11:30 p.m., his roommates heard him making weird noises. They went to check on him and he was acting strange. They brought him to the ER, and he was intubated and sedated almost immediately. They ran a battery of tests, and around midday on Friday the 13th, my parents and my husband and I stood in the hallway of the Medical ICU at HealthPark Hospital in Fort Myers and heard that he had no brain function.

Instead of healing itself, his ear pushed the infection further into his ear canal, which eventually infected his brain stem. He was most likely going into sepsis when his roommates heard him the night before, and the doctors assume he suffered irreparable brain swelling early Friday morning. It’s a blessing he didn’t suffer, and from what we can tell, he wasn’t in any pain. We had so many people come to the hospital just to pass through and say their goodbyes. People stood around his hospital bed and read texts to him, shared stories about him, and hugged my parents and told them how much he meant to them.

A few weeks after he passed, my parents got information about money left in his bank accounts. We decided that none of us needed or wanted the money. My mom wrote out checks for Pete’s friends that were out of work because of COVID-19 restaurant closures, and in the note she wrote, ‘Consider this Pete’s last big fat tip.’ Conversations with my husband and one of Pete’s friend Stephanie led us to the idea of forming ‘Put It On Pete’s Tab.’ We started the Facebook group and asked people that were struggling to ask for help. Instead, we got over 100 members and $1,000 worth of donations in the first 2 weeks. We became registered as a nonprofit in Florida on May 13th, launched our website on May 22nd, and started funding requests on June 5th.

To date, we’ve funded 38 families and last night’s funding brought us to a total of $17,000. We are well over $20,000 in donations and just getting started.  The #putitonpetestab is amazing, but not inherently ours. We promote it because it’s our name, and we celebrate it because it is AWESOME, but we aren’t the ones leaving those giant tips, and we don’t receive any finances from them. That movement started innocently enough by an unidentified guerrilla tipper who took his kids to lunch and left a Big Fat Tip with #putitonpetestab on the bill. The server that received that tip sent it to us…and the rest is history.

We are incredibly proud of the movement that started anonymously and continued throughout the country. To date, we are well over 115 ‘Big Fat Tips’ we know about, and we know many people do it without sending pictures of it, in at least 12 states. We’ve been covered by multiple news outlets which resulted in a flood of new members to the group and a ton of new donations. At first, I was upset that the hashtag was getting all the press, BUT then I thought of my brother and realized this is exactly how it should be happening. People should just be taking care of other people this way–and we help with the big stuff.”

This story was submitted to Love What Matters by Emily Iafrate. You can find more information about Put it on Pete’s Tab here and here. Submit your own story here and be sure to subscribe to our free email newsletter for our best stories, and YouTube for our best videos.