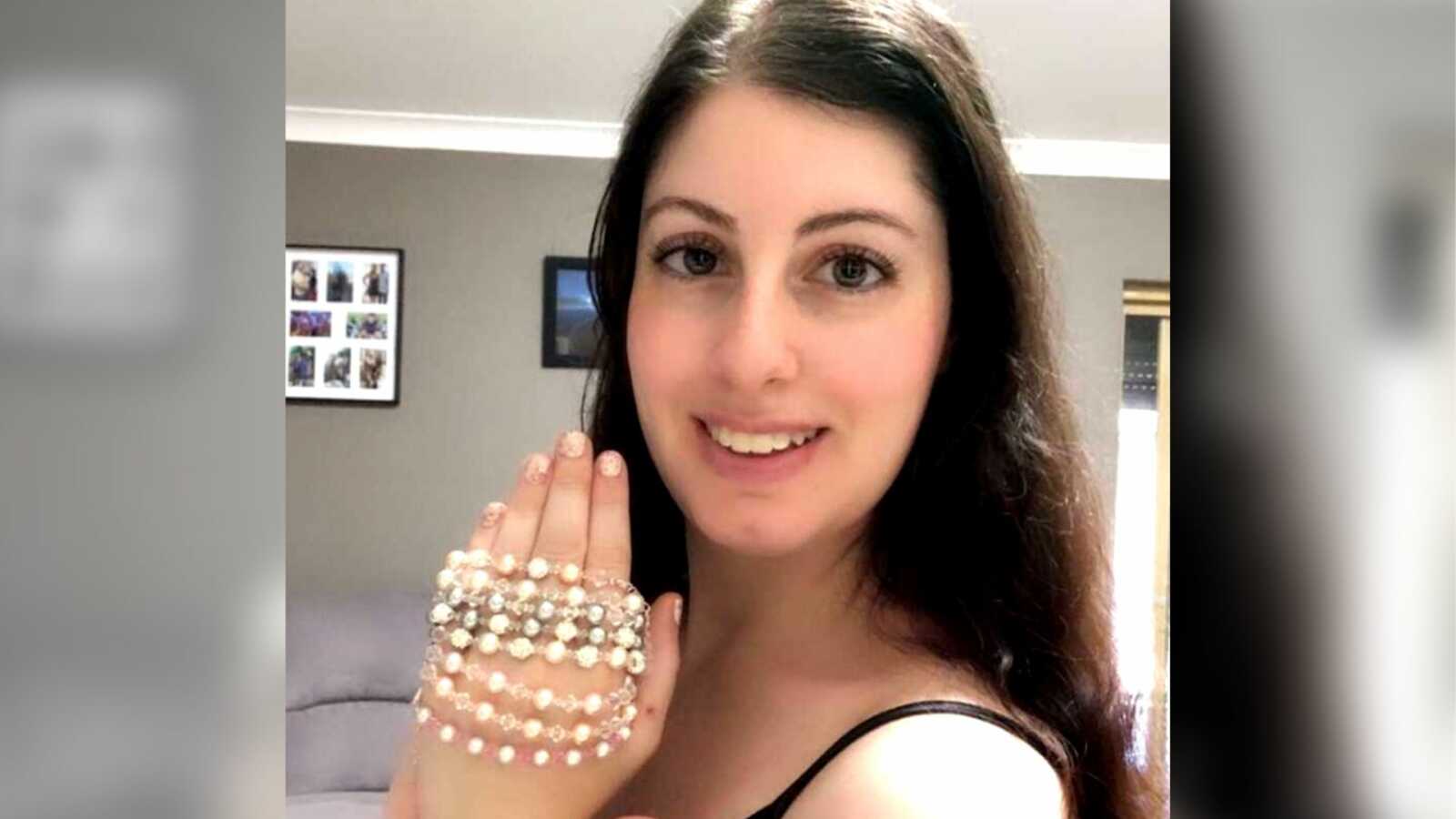 “When I was 19 years old, I met my first love Jake. And at 24 years old, I stood by his hospital bed as he tragically passed away from brain cancer.

Jake was a healthy 22-year-old when we first met. We had been together for just over a year when one night he had a seizure next to me. He was taken to hospital. After a very long 24 hours of ambulances, doctors, nurses, and scans, the terrifying words were spoken: ‘It’s a mass on the brain.’

Scans showed a tumor the size of a fist pushing his brain to one side. On Christmas Eve of 2013, he was wheeled into surgery.

He was then diagnosed with a Grade II Astrocytoma. Although the surgery was successful, this type of malignant tumour was very aggressive and left him with a life expectancy of four years.

Over the next few years, Jake rarely let his prognosis stop him from living his life. Between numerous chemotherapy treatments, radiation sessions, and oncology appointments, he returned to university to study a second degree, Business Law.

Unless you were told, you could never tell he was sick. He still wore his big smile and continued to put everyone else first. There were many setbacks with his health, but he always took it in his stride.

Sadly, the tumors kept growing back, each time more aggressive than the last. When it re-grew for the final time, it was determined his cancer returned as a Grade IV Glioblastoma. The most aggressive and dangerous type of brain cancer there is.

Jake was then given a life expectancy of 6 to 12 months. I remember hoping he might be able to make it to the end of the year so we can spend a final Christmas together. He didn’t.

Not long after his prognosis, he started to deteriorate rapidly. Jake just got weaker and weaker. He had to stop going to college, as a simple walk around the block was something he could barely do anymore.

Within weeks, he lost his ability to move properly. Gradually needing a walking frame, then a wheelchair, and later a bed. This is where he stayed for the remainder of his life, where he became almost immobile from the neck down. He could barely talk at this point and when he did, he often had no memory of who I was.

Shortly afterward, he slipped into a coma for nine days. As I sat by his bedside watching him tragically slip away, I knew I had to help. I promised him I would.

Very early on Saturday, October 22, 2016, Jake peacefully passed away after battling brain cancer for just under three years. He was just 27 years old.

There was never anything I could do to change the outcome of Jake’s prognosis, but careful thought went into what I could do afterwards.

I remembered the brain surgeon telling us how the survival rates are extremely low and have hardly shifted in 30 years. I chose to transfer my experience into a driving force that raises money for vital brain cancer research and awareness. This was how I was going to help.

Grief brings many sleepless nights, so I used my time to brainstorm ideas that could raise money. But the idea of what I was going to do didn’t come to me until months later. It was a normal afternoon when I was creating a bracelet, as it’s something I often did to keep my mind distracted.

Staring at the finished product attentively, I thought it was so pretty and sparkly.  The idea then popped into my mind. Sell these to raise money from brain cancer.

I jumped online and ordered some Swarovski beads. I then spent the next few weeks stringing pieces together of pearls and crystals, so I thought it was only fitting I should call my little not-for-profit Pearl Meets Crystal.

After I designed a few creations, I then took some photos, began an Etsy store, an Instagram page, and started an online shop! It would be less than 1 week later when I had my very first order.

At first, I didn’t mention my little side hustle to anyone; I kept it secret for about 6 months. I didn’t know how it was going to go or what was going to happen. And it was always such a motivating experience when my orders came from complete strangers from all over the world.

It was such an exciting day when I got to make my very first donation to Cure Brain Cancer Foundation. It still is every time I donate.

Making jewelry has really helped with the grief and have given me a much deeper sense of purpose.

When I first began Pearl Meets Crystal, I didn’t know what to expect. I remember thinking if I could just donate a couple of hundred dollars, I would feel like I helped in some way.

Now fast forward almost 6 years later and I have raised over $15,000! My jewelry is stocked in a local store and is often traveling all over the world!

Before Jake, I knew very little about brain cancer. Now, unfortunately I know too much. Unlike other cancers, the research is underfunded and continues to be way behind. I remember the oncologist also telling us it could take up to 100 years for brain cancer to catch up with developments in other diseases.

Brain tumors are one of the biggest cancer killers in people under 40 years old, yet so many people aren’t aware of this terrifying statistic. This is why brain tumor funding is so important. I will continue to fight hard to support this cause.”

This story was submitted to Love What Matters by Danielle Paparone. You can follow her journey on Instagram and Facebook. You can support her Etsy shop here. Submit your own story here and be sure to subscribe to our free email newsletter for our best stories.

5 Stages Of Grief: How To Love After Loss

‘Days before Christmas, I anxiously woke to Jake hitting me in the back. ‘He has 6 to 12 months left to live.’: Woman raises money for brain cancer research after late boyfriend’s passing

‘The doctor pulled up my MRI. ‘Are you sure you want to see it? It’s big.’ It was a fear I’d never felt before.’: Woman with brain cancer urges ‘love your body through the good and difficult’

‘Open your eyes. Be my mommy again,’ I wailed. Was it possible to lose both parents on the same day?’: Woman shares journey after losing parents to brain cancer, ‘We are not guaranteed time’