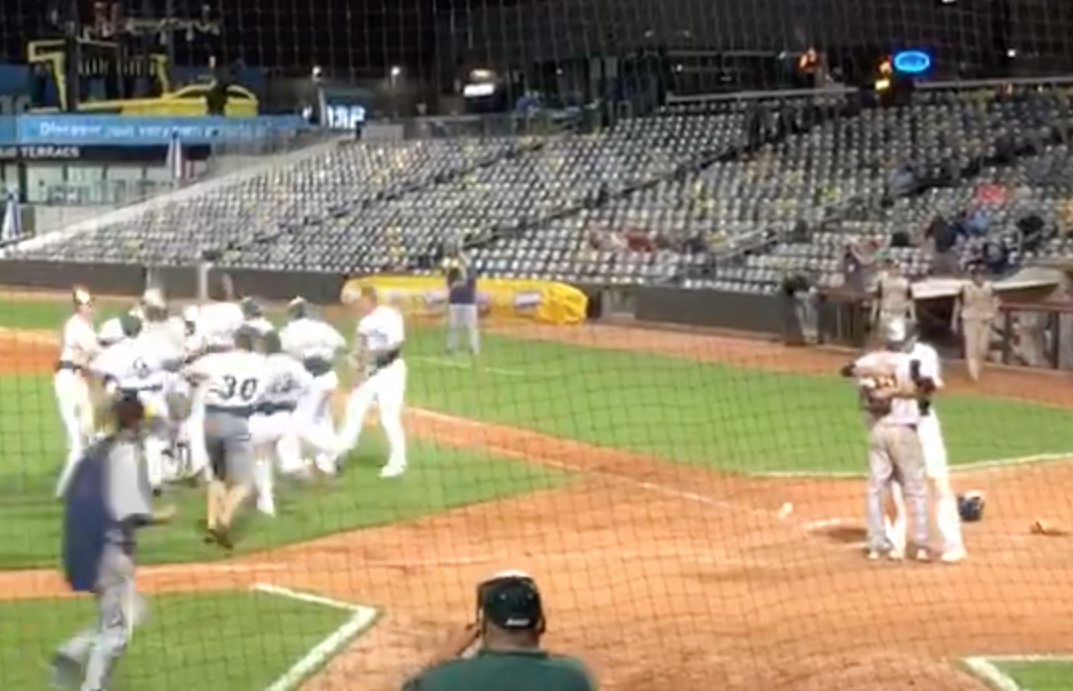 As Ty Koehn struck out Jack Kocon to clinch a Minnesota high school baseball championship, a funny thing happened. The two players embraced, while teammates celebrated chaotically. The pair have been friends since they were 13-years-old, where they played little league together.

“We are very close friends. I knew him from all the way back when we were 13. We were on the same little league team. It was tough when we went to separate schools but we kept in touch. I knew the game was going to keep going or it was going to end right there. I knew I had to say something. Our friendship is more important than just the silly outcome of a game. I had to make sure he knew that before we celebrated. It was more instinct, it just felt right.” Koehn told Bring Me The News.

John Hakes, who captured the touching moment, told Love What Matters: “It was a beautiful evening for baseball at CHS Field in St. Paul. Perfect weather, a tournament-level crackle in the air and an inky-black night sky punctured only by the banks of ballpark lights. Like many parents throughout my affiliation with youth baseball, I ‘had camera at-the-ready’. Baseball being a sport whose structure lends itself to definable moments through innings and outs, I got situated for the final pitch behind the third base dugout to see what might occur.

Working diligently all ballgame for the Mounds View Mustangs was left-handed pitcher Ty Koehn. ‘What could be going through his mind?’ As a former pitcher myself, I realized ‘that’ could be a lot of things given pitching’s threefold challenge of maintaining focus, staying composed and being relaxed enough to throw the baseball where you would like.

At the plate was an old coaching friend’s son, Jack Kocon—a go-to player in his own right. Knowing Koehn and Kocon had been part of Shoreview Area Youth Baseball for years, I was certain there were a jumble of emotions standing 60 feet apart.

Koehn deals the pitch– it slices across the corner for a called strike three. Given the significance of the team’s victory, ANY pitcher would be understood if he pumped his fists, pointed skyward, or became the center of a baseball pig pile. But coolly, Koehn moved to his next order of business—sharing a word and embrace with his friend Jack.

The game of baseball— an American study, pastime and delight since 1869’s undefeated Cincinnati Redstockings graced the field—had yielded something new again.”