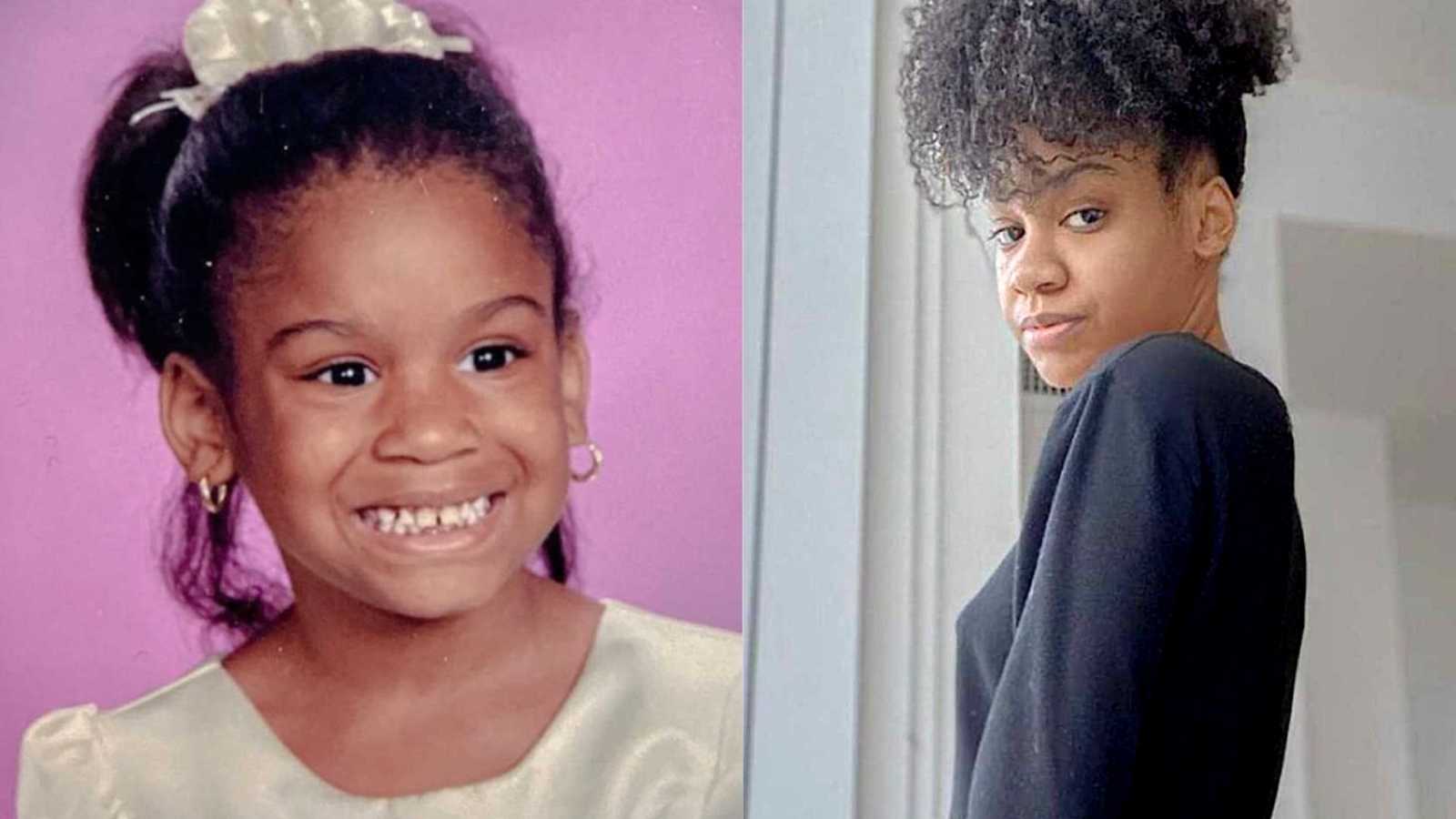 “My name is Zora Voyce, and I was born with HIV on January 10th, 1997. I always felt like an outcast within the HIV community because it seems like people only care about HIV when it’s related to sexual transmission. I wish that others could view HIV as an immune system condition, along with several other immune system conditions.

Also, I wish people were aware of the fact that HIV is easily manageable with antivirals. Antivirals make it impossible for HIV to take over my immune system T-cells, which also means HIV is no longer able to replicate in my body, and the virus is now described as being undetectable. Since I’m undetectable, I can’t transmit HIV to others, and my immune system can function correctly. It sounds simple right? I thought so, too, when I found out I had HIV at age 9. When I found out I had HIV, it didn’t bother me, but I knew it would most likely bother everyone around me.

When my mother finally decided to tell me I had HIV, I believe she told me at a young age, because I would often ask her when I would stop taking medicine, and why I was taking them. I can see the expression on her face, and that she was filled with fear and hopelessness as she tells me ‘I don’t know.’

Taking my HIV medicine never felt like a positive experience— I always had to be low-key about it. Making sure no one is around to see, quickly taking it, and acting like nothing ever happened afterward. It was my mother and I’s little secret; even though I didn’t know why I was taking my medicine, the way my medicine was handled set the tone on how I acted toward my treatment.

The day I was told I had HIV, my mother had several doctors bring me into a hospital room and disclose my HIV status to me. I recall the tension being high, as I waited for the unexpected reveal. My doctors and mother did bring fear into the room, and after becoming aware of my HIV status, it felt like my diagnosis affected them more than it did me. It left me questioning if I was supposed to feel the way they felt, and of what was yet to come in my upcoming adult life.

For many years after receiving my diagnosis, I was going through this internalized fight— on if I should think the way others want me to think about my HIV status, or if I should just feel the way I felt about myself. I never connected with the HIV narrative, because it didn’t fit me. When HIV is discussed, it’s often linked to shaming someone’s sexual behavior. This conversation doesn’t include people like me, who got HIV outside of the sexual activity. This led me to ask ‘why?’ The answer I found, is that the conversation around HIV isn’t actually about the condition; it’s about controlling people’s sexual behavior.

The truth is, that we live in a sex-negative society, where our sexual expression is invalidated. We are taught to shame ourselves for having natural sexual feelings, and to minimize them as much as possible. The way society tries to control our sexual behavior is by implanting fear with the use of sexually transmitted diseases.

You know, what I also find interesting is that most sexually transmitted infections are not only transmitted sexually. However, our society doesn’t talk about that because it would decrease the effectiveness of being able to control people’s sexuality. Sexually transmitted diseases shouldn’t be used as mechanisms to belittle, humiliate, or demonize; they should rather be used to bring us together.

When we encourage each other to talk about our sexual feelings, it also leads us to action. I wish I could walk into a clinic and get birth control or the morning-after pill without being slut-shamed; it happens all the time to me and others—so why would we want to go? Instead, we just sit in silence, and shame the reason why we even need to go to the clinic in the first place. When we are fearful, we don’t talk about our sexual health and sexual feelings, which increases people’s chances of obtaining sexually transmitted diseases that will progress into its late stages, unplanned pregnancies, and unsatisfying sex lives.

I realize that society didn’t have the best interest for me; it was trying to turn me against myself. I love myself so much, and all I want is the freedom to be myself, which means allowing myself to be what I was made to be, a sexual human being. I need to express myself sexually with others. Being HIV positive does not change that fact. Sexual expression is as vital as any other form of expression. We are our feelings, and our feelings as valid. If we allow people to express their feelings, we would be better off as a human race.

With that all being said, I’m an HIV positive female who is non-monogamous because I have no desire to control my sexual feelings and emotional needs. I believe it’s beautiful, and it is in our nature to share ourselves. I just wish our society could see that too.

I know what you’re thinking, you’re possibly wondering if it’s difficult for me to have sex and to find a partner that will accept my HIV status, and the answer is that it’s not difficult. Society tries so hard to invalidate our sexual feelings, but the truth is they can’t; that’s just outside noise. People will have sex with who they want regardless of how they might feel afterward about their sexual behavior because deep down, we all crave the need, and it’s not a fight we will win.

We all just want someone we can trust, and be comfortable expressing our sexual feelings with. Me sharing my status with others gives them that, and that is what makes me a desirable and worthy partner. Only those that run away from their own sexual acceptance will feel negatively toward my HIV status, and I hope one day these people will be true to themselves, and not allow anyone to take that away from them. It will be one of the hardest things we do, especially since society taught us to hate parts of ourselves— but in the end, it will all be worth it. We should all aspire to be our full selves; doing so will inspire others to do the same.” 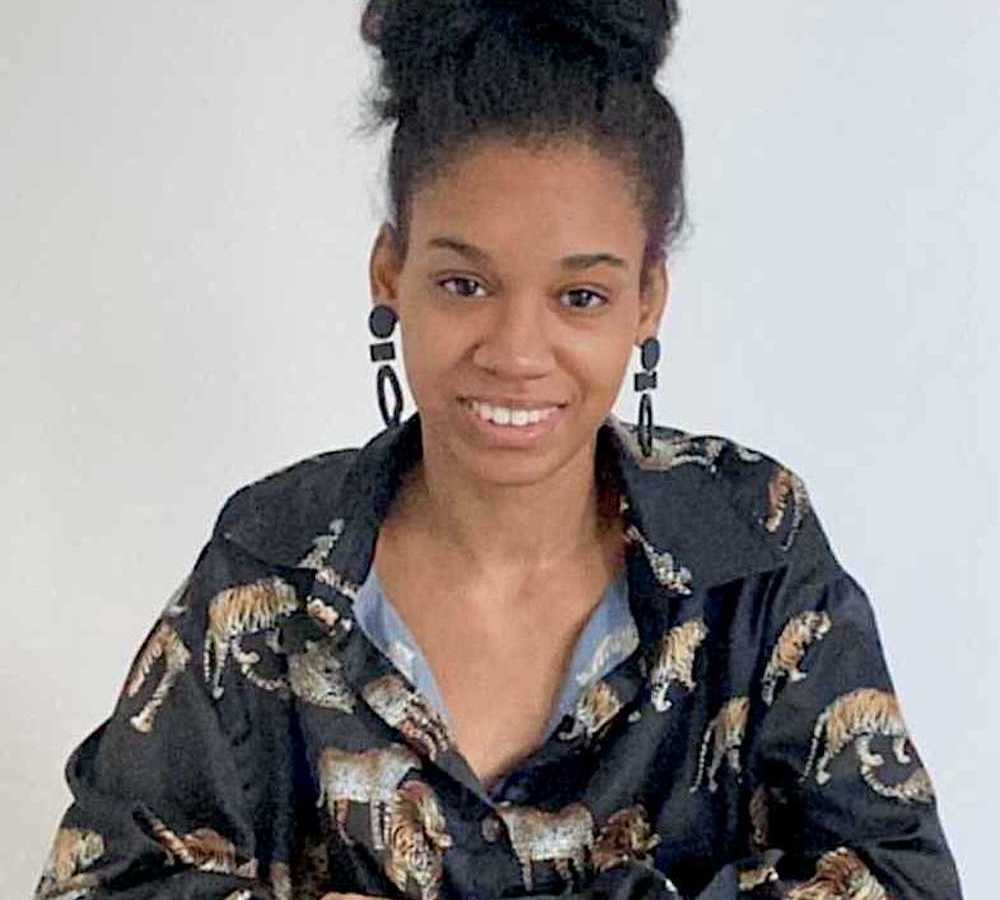 This story was submitted to Love What Matters by Zora Joyce. You can follow her journey on Instagram here or here. Submit your own story here, and be sure to subscribe to our free email newsletter for our best stories, and YouTube for our best videos.

‘Kids, will you follow me up the stairs?’ We walked into his bedroom. I knew something was wrong. ‘Where is Mommy? What happened?’: HIV warrior details journey with grief, trauma

‘The doctor pulled her aside. ‘If you don’t take her in, she will go to a group home, and she will die.’ Diagnosed with AIDS, my organs were shutting down. I was 2 years past my death date.’: HIV warrior adopted by sister’s boss after life-long abuse

‘My teacher told the class, ‘You will never meet anyone with AIDS.’ I sat silently screaming in my head, ‘I HAVE IT. YOU KNOW ME!’: HIV ‘stigma warrior’ details journey with virus

‘The test was positive.’ My heart stopped. The world came crashing down around me. I thought my life was ending.’: Man diagnosed with HIV becomes advocate, ‘My world is brighter’

Do you know someone who could benefit from reading this? SHARE this story on Facebook with family and friends