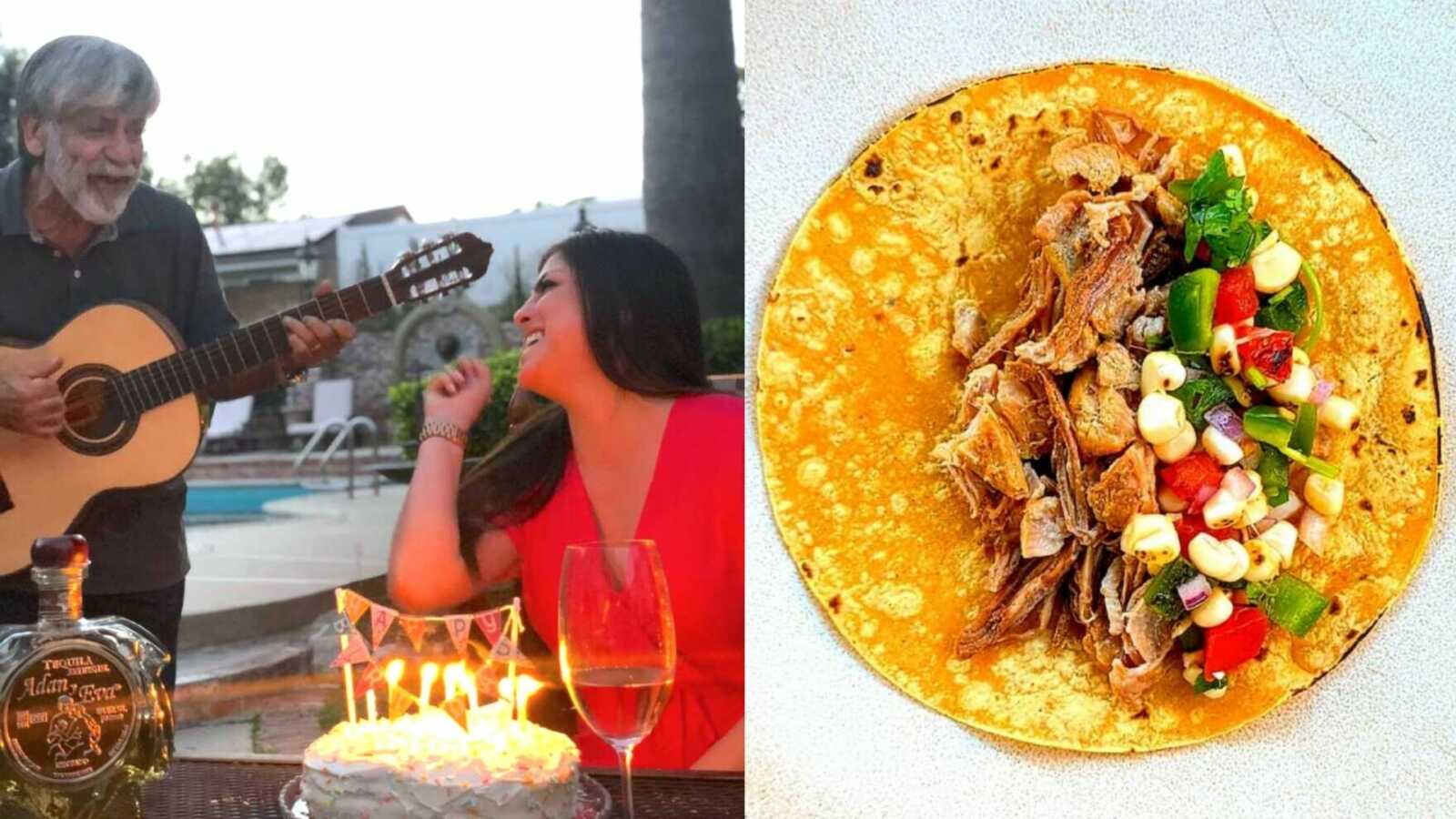 1 tablespoon lard (or enough to coat the skillet)

2. Place a large skillet over medium heat and once hot, add the lard. Once the lard is melted, brown the pork pieces on all sides.

3. Place the pork pieces and all their juices into a slow cooker. Add salt to taste; I usually put about 3 pinches.

4. Add the orange juice for citrus, the coca cola to caramelize, and the milk to tenderize.

6. Cook until the internal temp is 145 degrees and the carnitas easily fall apart (about 5 hours).

“I sat in for you this Christmas at Aunt Becky’s house. You missed out on some really good carnitas,” my older sister teased me, as I lived six hours away from home, residing in Hawaii. For five years I missed out on my dad’s carnitas, a staple of our family Christmas dinners.

On most Christmases, my dad would bring a platter full of this delicious and succulent pork dish. It was one of the dishes my family looked forward to, nestled among the tamales, red chile with pork, and homemade tortillas. We’d sing karaoke, the kids would have a talent show, and we’d play White Elephant. On one occasion, my cousins convinced my youngest cousin to choose a wrapped package that ended up being his own shoes he wore to the party. He wasn’t very happy about it, but us brat kids sure thought it was hilarious. By the time the party was finished, I’d be in a food coma filled with carnitas and ready for Santa to visit.

At the age of 16, my dad drove over the border in a corvette to begin a new life in the U.S. He started off as a humble dishwasher, but ever since I’ve been alive, he’s been owning and operating Mexican restaurants. As a child, I was that impish kid that would confidently walk behind the servers’ station, grab a tray, and pretend I was a waitress. On occasion, my dad would let me feel very important by taking people’s orders.

Carnitas come from Michoacán, which is where my paternal grandparents are from. I only saw my abuela a handful of times, and I never had the chance to meet my abuelo. In a way, cooking my dad’s recipe for carnitas makes me feel close to them. It’s part of my heritage.

Traditionally, carnitas are made in a copper pot with just lard and salt. Since most of us don’t own a copper pot, my dad taught me a super simple recipe using a slow cooker and a handful of ingredients. It’s perfect, wrapped in a warm corn tortilla with a little bit of homemade guacamole or pico de gallo. 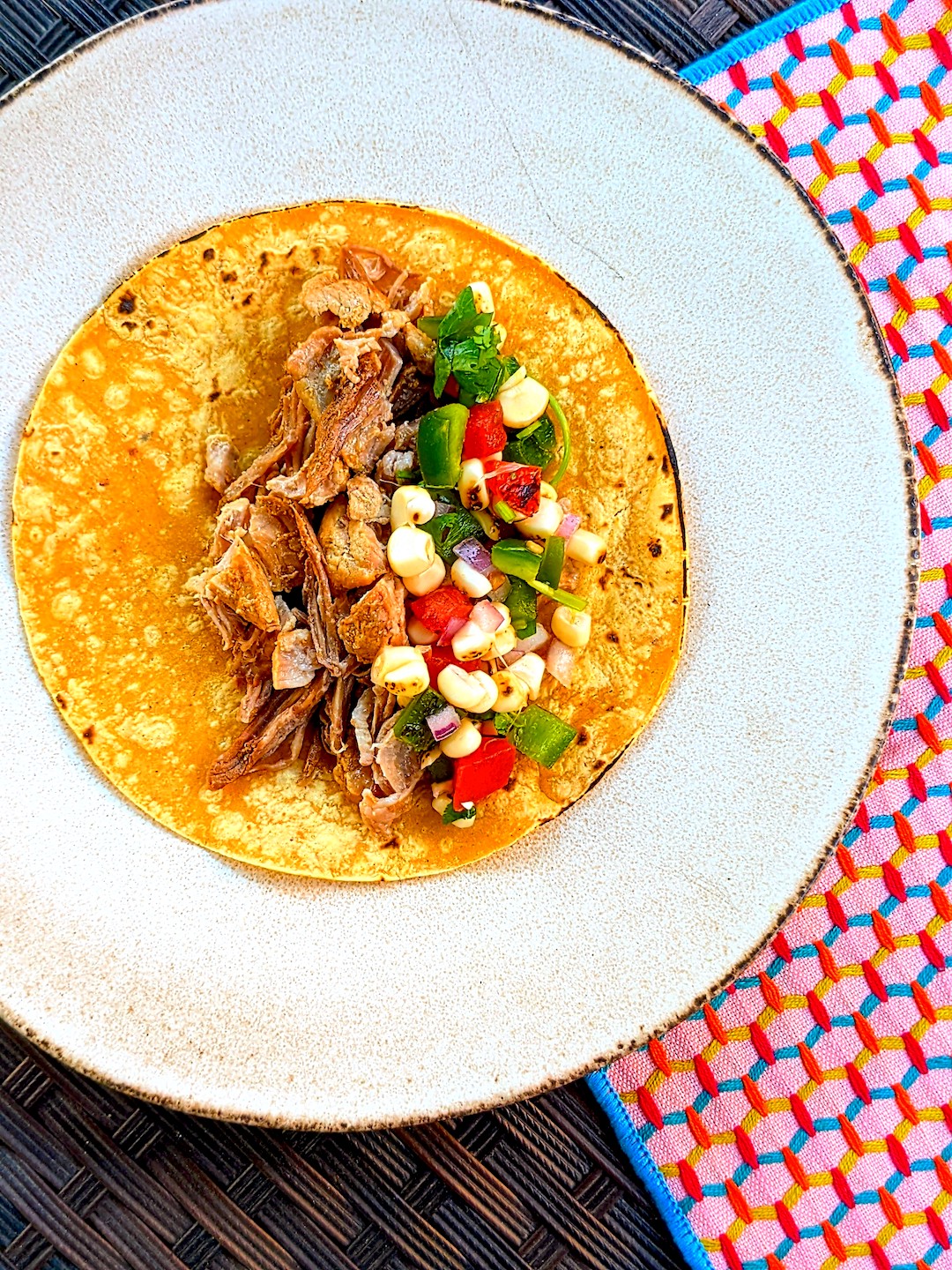 This recipe was submitted to Love What Matters by Marissa Mejia. You can follow her on Instagram. Submit your own story here, and be sure to subscribe to our free email newsletter for our best stories, and YouTube for our best videos.

Try these other recipes:

Single Mom’s Crispy Ham And Cheese Melts On A Budget

Read more about the power of food:

‘I’m doing the baking, but the recipes are propelling this whole operation – and they are not my own.’: Woman details special bond with late grandmother, starts baking company in her honor

‘Thank you again, honey.’ I called back to tell her I mistakenly got her message. ‘Do you have a minute?’: Woman befriends stranger who dialed wrong number, shares special recipe

Help us show how food brings us together. SHARE this beautiful recipe on Facebook with friends and family. 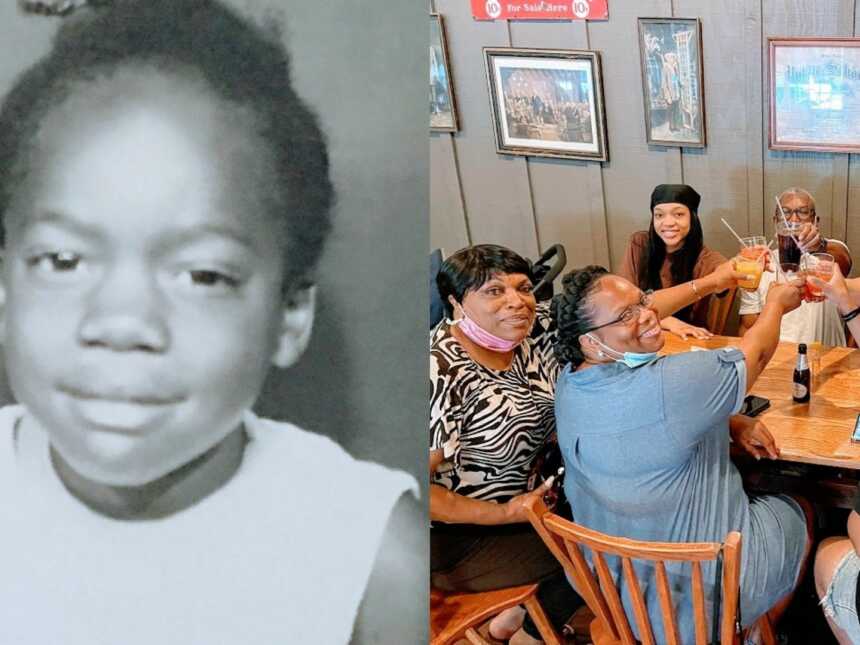 ‘I opened the envelope to find my original birth certificate. I didn’t know what to think or feel.’: Adoptee shares journey to find answers, connect with biological family

“‘She left here with a big stomach, and when she came back, she had you.’ She came back with a 1.5-year-old child, overnight—just like that? Not one person was willing to share the truth with me.” 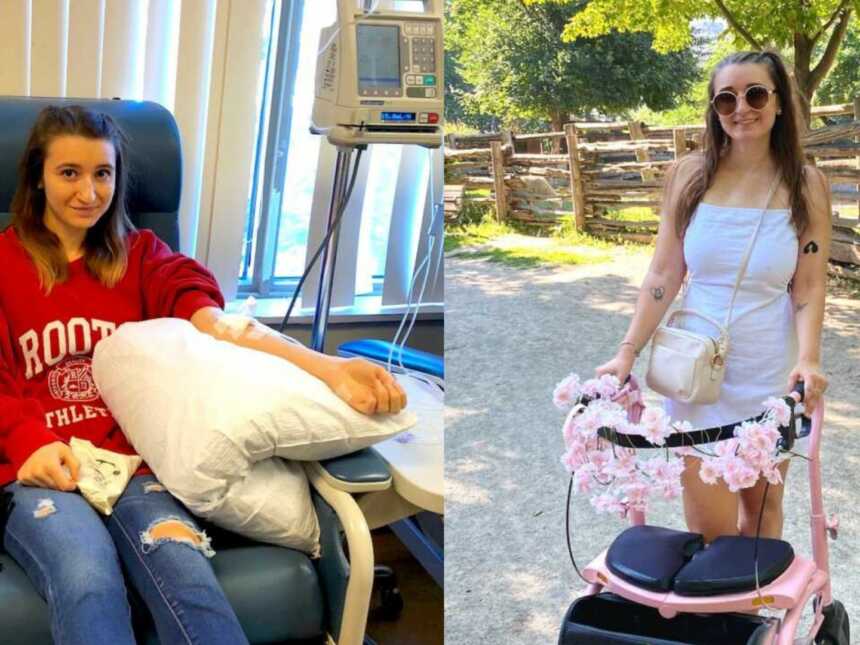 ‘If I can help one person, it’s worth it.’: Woman with Ankylosing Spondylitis raises awareness sharing her journey

“I’ve gone through so much and I’m still here fighting, and that is something to be so incredibly proud of.”

“I’ll never forget my husband raising his hands in excitement and shouting, ‘I’m going to be a daddy!’ Never stop praying, never stop believing, never lose hope. Here I am living out my real life happily ever after.”

‘I’m just going to the doctor.’ Dad never came back. I became the main caretaker at 9.’: Abandoned daughter makes it through foster care, ‘You have to turn pain into purpose’

“I tried to sleep in the same room as my brother, but the foster parents wouldn’t allow it. Imagine being stuck in a snowstorm, clothes stripped, your soul feeling empty and cold.”