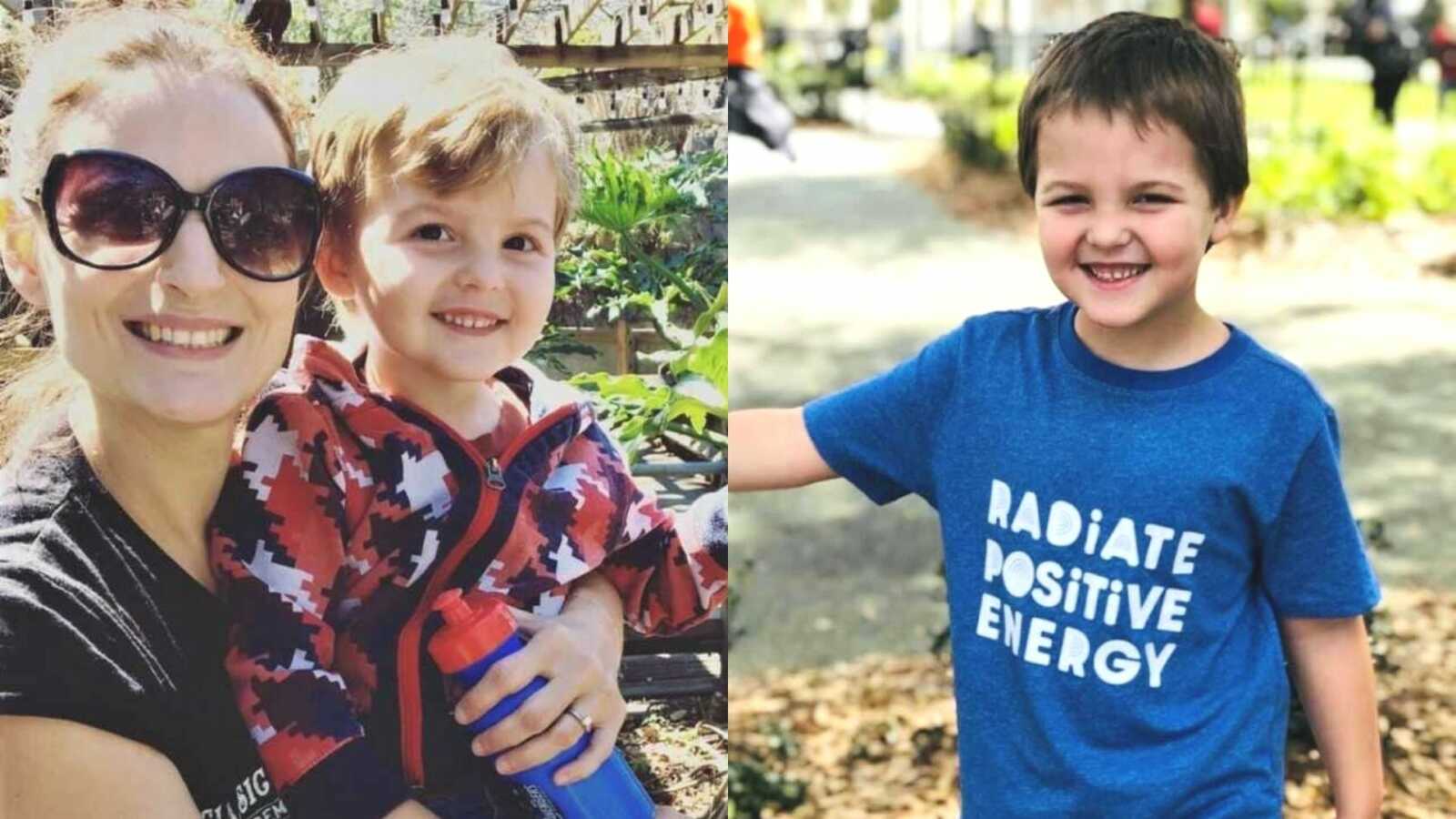 “‘He’s wearing earmuffs, and it’s warm out so I’m guessing he’s a r*tard.’

This was a comment that came across my phone screen tonight from a post of my seven-year-old son I made on IG.

I’m going to be honest, I haven’t experienced much hate since my son’s autism diagnosis five years ago.

Not even on my blog, where I tell our truth.

But name-calling…the r-word….the word that I’m sure the poster used because he made the assumption that my child was ‘dumb or stupid…’?

No. This was a first for me.

Although I’ve heard the word used my entire life here and there, I’ve never heard it directed towards my baby boy.

I felt pain and hurt. I cried for at least an hour.

Then those tears turned to fire and anger and frustration that we live in a world that can still be so unkind.

And then my mind went to fear and worry for my son’s future. For the future of kids like him, the ones I fight for daily.

I imagine any mother who has that word directed toward their child would feel the same.

And as much as I educate and advocate, days like these make me realize there is so much work to still be done.

To the man who called my son this…

Please do better. Educate yourself on people with differences. Don’t judge what you don’t understand.

I’ll give you a head start…

My son isn’t wearing ‘earmuffs.’ He is wearing noise-canceling headphones because he gets overstimulated and loud noises are hard for him. He feels and hears things differently than you or I. (At least I’m guessing or you would probably know what they are)

Noise-canceling headphones block out the extra noises so he can just focus on certain sounds he needs to hear.

They can be worn year-round. Rain or shine. Hot or cold weather. And I’m grateful for them because they make it easier for my child to be in a world that clearly doesn’t understand him.

As far as the name-calling, well, like most human beings, he has his own.

But let’s just start with some of the things that you could call him.

And those are just the basics.

Smart and has close to a photographic memory. He was reading books before he could talk to us, and he can memorize commercials, TV shows, movies, and entire levels of video games. He can also act them out right in front of you.

Funny and silly. He’s a jokester and loves to make everyone laugh. His smile and giggle fill people who are around him with joy, daily.

Loving and friendly. He gives the best snuggles and tells us he loves us all the time. He knows all his friends’ names, and he will go up to every stranger he sees and say ‘hi,’ ask them their names, and give them a high five.

He’s a sensory seeker and a learner at heart. He wants to know how everything looks up close and how it feels. He has such a curious mind about how things work, and he’s a problem solver because of it. In his short life, he has learned to fulfill his own needs independently.

He’s brave and daring. He has no fear, which leads to the most amazing things because he’s never scared to try a new place. He wants to go everywhere, he makes lists all day and night of where he wants to visit and he will try almost anywhere, even if it’s hard for him.

He’s great in the kitchen. He is known for his egg cracking skills and loves to bake. He can cut his own food, pour his own drink, and make his own sandwich.

He is self-sufficient. He can dress himself, bathe himself, put his shoes on, go to the bathroom, brush his teeth and even hang his own clothes.

He is a multi-communicator. He can speak. He can write. He can type. He can script (this is using scenes from what he watches and using them to tell us things) and he gets better at conversations with us every day.

And even if my son couldn’t do these things, if my child or any child had a disability, extra challenges or differences…

And the word you used does not convey any of these things.

But he does have a name, one that was placed on his birth certificate the day he came into this world and was put into my loving arms.

It’s Finn. He was named after a great man, my late grandfather, and it’s an extension of my maiden name, ‘Serafin,’ which I hold near and dear to me because family is so important to us.

And his middle name is Marley.

Yes, after Bob Marley. The man who sang Three Little Birds. Because he is our ‘Baby Bird,’ and he completed our family, the last of three beautiful children. And when I was pregnant with him, ‘Don’t worry about a thing’ are the lyrics I sang to my belly as he grew inside me.

So pick any choice from up above to replace the awful name you called him…because the other reason we chose this name is that we wanted our son to bear the name of great men.

Men that inspire kindness and bravery.

So we named him after a man who bravely fought a war, loved his family deeply, and believed in self-sacrifice for a greater purpose

And we also named him after a man who sang about and fought for justice and peace, who gave hope to millions.

They changed the world.

So remember my son’s name.

Because he’s going to do just that.

And one day, people will tell his story the way I do now.

Once upon a time, a beautiful child was born.

One that taught the world that it was okay to be different.

One that showed their mom and dad that he could say I love without saying a word.

He taught his siblings empathy, how to give grace and how to stick up for him and all people with disabilities.

He proved every doctor, therapist, and teacher wrong, the ones who said he would ‘never’ do things. Over the years, he continued to ‘shatter the nevers’ and show just how ‘teachable’ he truly was.

He taught others that people learn in many different ways.

He helped break down walls and barriers.

He was brave, resilient, and strong.

He was intelligent, funny, and adventurous.

He taught the world to listen with their eyes and their hearts, not just their ears.

He showed his external scars, as well as his internal ones of what it’s like to be so different in a world that is loud and overwhelming.

He showed everyone that there is beauty, joy, and a unique way of thinking and seeing the world, for those who choose to see it.

Together with his loved ones, he sprinkled kindness and awareness like confetti so that the world would be more accepting of others like him.

They told their stories, even the hard ones.

And shared their triumphs so others could celebrate the small things that are really big to them, the ones many take for granted.

His name became well-known and his amazing tale would be heard and followed by many others for years, especially the ones who continue to fight and advocate for a better world.

Because he taught the world that there is no shame in being autistic or being different.

And anyone who knew him felt lucky for the gifts and lessons he brought to their lives.

Finn Marley St. Aubin was diagnosed with severe, level three, nonverbal Autism Spectrum Disorder at 2 and a half years old. The professionals and many others told his parents

that he would never speak, engage with others, play with toys, have a friend, write, read, do the math, go to a public school, play sports, ride a bike, or have independent life skills.

At the age of eight years old, he has ‘shattered those nevers’ and continues to make immense progress every day.”

This story was submitted to Love What Matters by Sheryl St. Aubin from Hudson, Florida. You can follow her journey on Facebook and Instagram. Submit your own story here and be sure to subscribe to our free email newsletter for our best stories, and YouTube for our best videos.

‘If your son was less disabled, we could be of service to him.’: Mom shares ‘horrendous email’ received when seeking support for son with autism

‘All I want is to keep his memory alive.’: Mom puts spin on elf on a shelf to teach world about autism after son passes from cancer 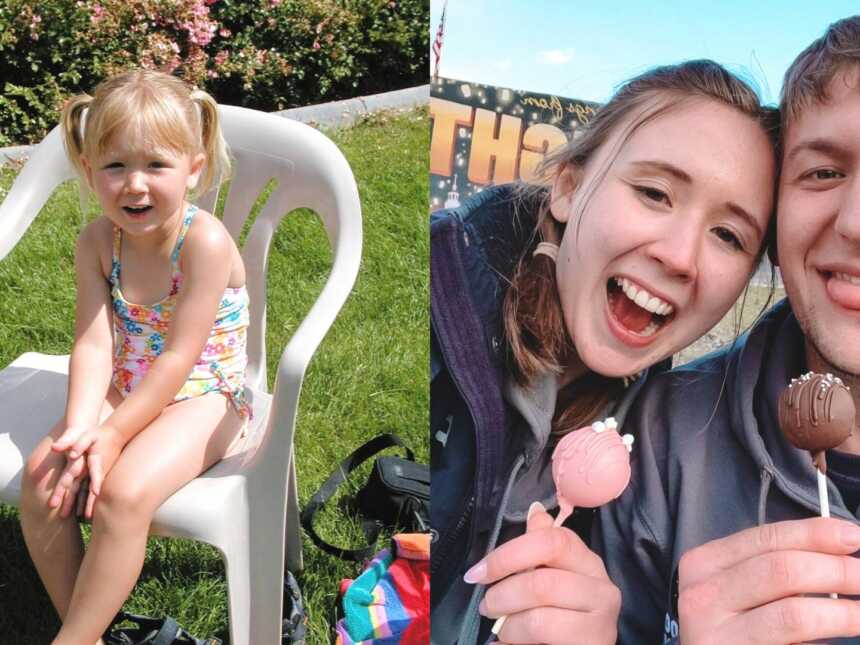 ‘At 4 years old, I refused to eat my lunch, hoping it would help me feel better about myself, and it did.’: Woman shares lifelong journey with disordered eating, mental health struggles

“You are not in control of what happens to you, but you are always in control of how you respond. Please keep holding on to hope.” 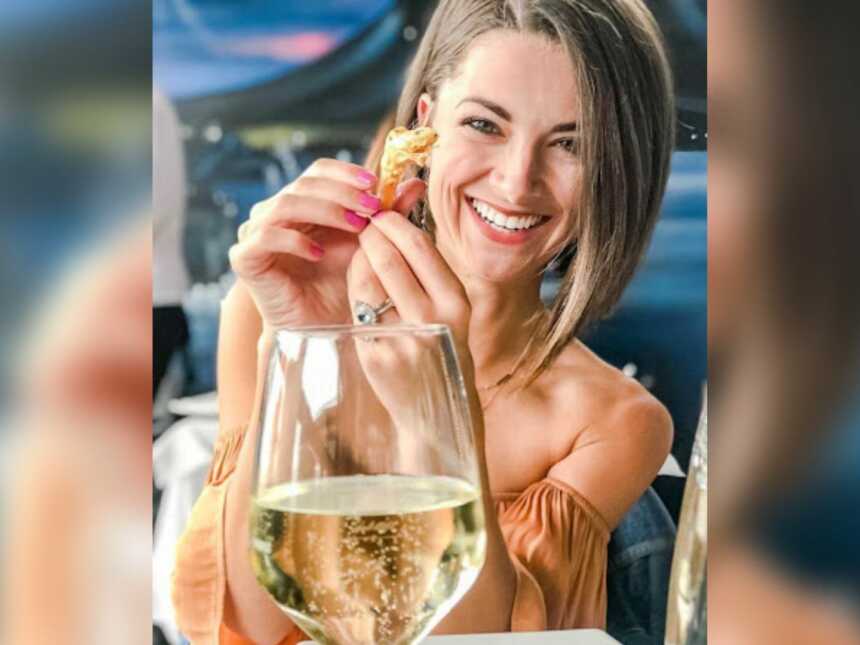 ‘I used to wear 3 bras in middle school. It’s crazy the ways we look for acceptance.’: Woman stresses importance of being yourself

“A couple years ago, I watched the season finale of a show I’d never seen before. I endured the gruesome 2 hours of it, just for one conversation by the coffee maker.”