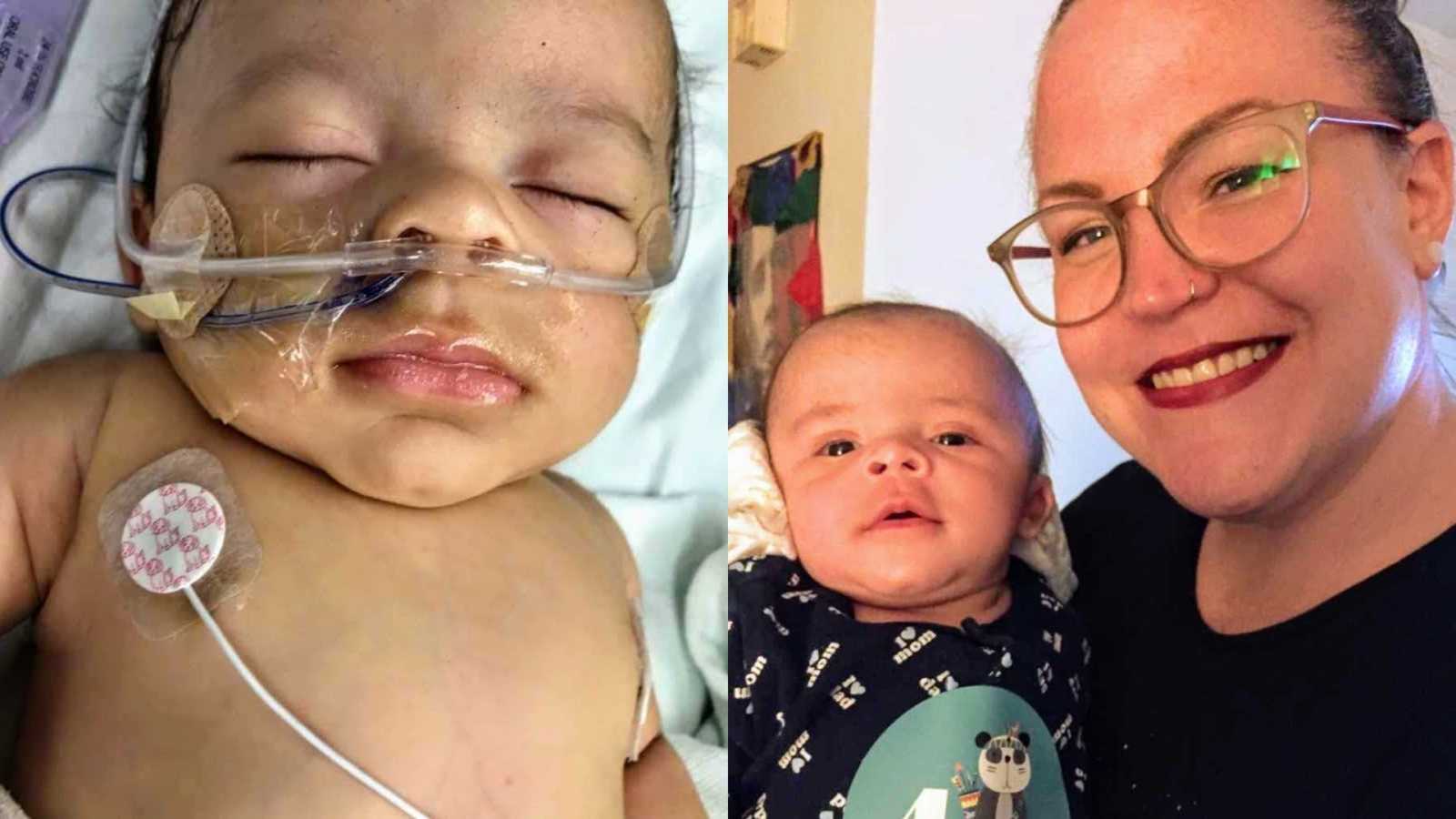 “Xavier was born 4 weeks early because he wasn’t growing. We had a stressful pregnancy due to his father not being faithful to me, and it was affecting my blood pressure and therefore the baby. But we made it, and he was born perfectly healthy. He came out screaming and blew away the doctors at the NICU who said he would be in there until his due date. He was there for 16 days, and then we came home and I spent 3 perfect months at home with my baby. But I didn’t even make it through my first day back from maternity leave.

I had been fielding text messages from Xavier’s father all day about how difficult he was being, and I told his dad we would find another solution so he didn’t have to watch him during the day. While on maternity leave, Xavier’s father had been alone with him for 2 hours tops, and everything had been fine. His father worked nights, and the plan was for him to watch Xavier during the day while I worked, and then I would watch him at night when he worked. My former partner had raised a 10-year-old after all, so even though I was very nervous about the situation, he kept reassuring me everything would be alright.

On my first day back to work from maternity leave, I got a text message – he asked me if he could murder the baby now. I told him to just hang in there and I will be home soon. I kept thinking, ‘just a few more hours and then I can be back home with my baby.’ Then, at 2:30 I got the message every mother hopes they will never get. ‘Xavier stopped breathing. Come home now.’ I called his father and asked what happened, to which he replied, ‘he choked on milk and we are going to Seattle Children’s hospital.’ I gathered my things, choked down my tears, and made my way to the hospital. When I got there, I heard my baby crying so I thought everything would be okay. There was a room full of doctors all for my tiny 10-pound baby. After things had settled down, they let me go over to him and hold his hand. He was suddenly quiet and pale. I knew something was not right.

They rushed him upstairs and did a CT scan on him, while his father and I anxiously waited in the room. He didn’t have much to say. He was preoccupied with his phone. Finally, they brought Xavier back into the room and let me hold him. The doctors kept coming in and out of the room, and Xavier was getting very fussy again. All of which I thought were good things. They finally let me know there was bleeding in his brain. I immediately went to his father and asked, ‘how could this happen?’ His father still didn’t have much to say, and just kept repeating, ‘he was choking on milk.’ They had me put Xavier down because they were going to intubate him, and most parents didn’t want to see that kind of thing. We left the room and I broke down. How could this be happening to my sweet, innocent baby?

It wasn’t until we were transferred to another hospital around 10 p.m. that night and I was being interviewed by police detectives at 2 a.m. I realized there was suspected child abuse. They told me he had a brain bleed due to a non-accidental trauma. I was enraged. Xavier was put into a medically induced coma for 2 weeks, while they worked relentlessly to stop the seizures. Slowly, they weaned him off medication and they warned me he might not wake up. They took me into room after room, with doctor upon doctor, to warn me what might be. We were fighting against 2 things. The trauma, and the time he went without oxygen to the brain. I heard everything from ‘he might be blind’ to ‘he may never be able to learn, walk, talk, move…’ But still I knew he would come back to me.

After 17 days in the hospital, we brought my baby back home. Our home is different now. His father and half-sister are no longer there. His father was arrested the night of the injury for first degree child abuse. I still don’t know the details of what happened that day, and I don’t know if I ever will. Since we are almost 3 months out from the injury, I focus less on the ‘why’ and more on the ‘now what.’ I try to be present with my baby, every single moment. I thank God every day for bringing my baby back to me. For my mom who now lives with me, as I am a single parent working endlessly to provide for my baby. We have so many doctors and so many appointments, it’s a wonder I keep them all straight.

He goes to physical therapy weekly, occupational therapy weekly. He has a neurologist. An ophthalmologist, a neurodevelopmental specialist, is in speech therapy, and is now going to be going to Anat Baniel Method therapy to help awaken his brain and re-wire it. Everyone keeps telling me how lucky we are this happened while he was so young, how resilient babies are, and how plastic the brain is at this age. He is at high risk for developing Cerebral Palsy, but we won’t get that diagnosis for another 1.5 years, if he has it.  He sees people for early intervention services, and I firmly believe the more we work with him, the better his odds are.

I have nightmares most nights about him dying. I wake up in a pool of tears. But still I fight. I can’t give up now. If you were to look at his MRI you would think he were a vegetable. The damage is extensive. He is on anti-seizure medication and it could take up to 2 years to get off of it. We won’t know the full extent of the damage for a few years because his brain is still developing. But he is my miracle baby. My reason for getting out of bed every morning despite having my world crumble around me.

My warrior, who was born at 3lbs 6oz and has fought this entire time. He has proven to me time and time again, he wants to live and to be here. So we fight. I am grateful every moment of every day for God bringing him back to me. For all the prayer warriors who are still praying for my baby. When they told me he might not live, I prayed he would come back to me. I was so happy when they told me I got to change his poopy diapers again. He is so precious to me. Even if he can’t see. Or walk. Or take care of himself. He is my moon and stars. The light of my life. He is everything I always wanted.

The hardest part about all of this is how preventable it is. Before the injury, my house was littered with pamphlets about shaking babies, and what to do to stop it. You put your baby down. You walk away. You go cry somewhere, or scream, or talk to someone. You get your frustrations out, and then come back to your sweet baby and start over again. To this day, Xavier still cries. And fusses. And I have moments I have to put him down and walk away. Because that’s what you do as a parent.

I hope someone reading our story will take all of it to heart and realize how important it is to not shake a baby.  No matter what, you never shake a baby. It’s so easily avoidable. A moment of rage changed my baby forever.”

This story was submitted to Love What Matters by Angie Setlak, 36, of Seattle, Washington. Learn more about baby Xavier’s journey to recovery here. Submit your own story here, and subscribe to our best stories in our free newsletter here.

‘There is no reason why an eight-year-old who watched his mother be murdered not know the love of a stranger.’

‘He screamed horrible things at me, broke my wall mirror, cornered me and told me he’d murder my family if I left him as he shook a butcher knife in my face.’