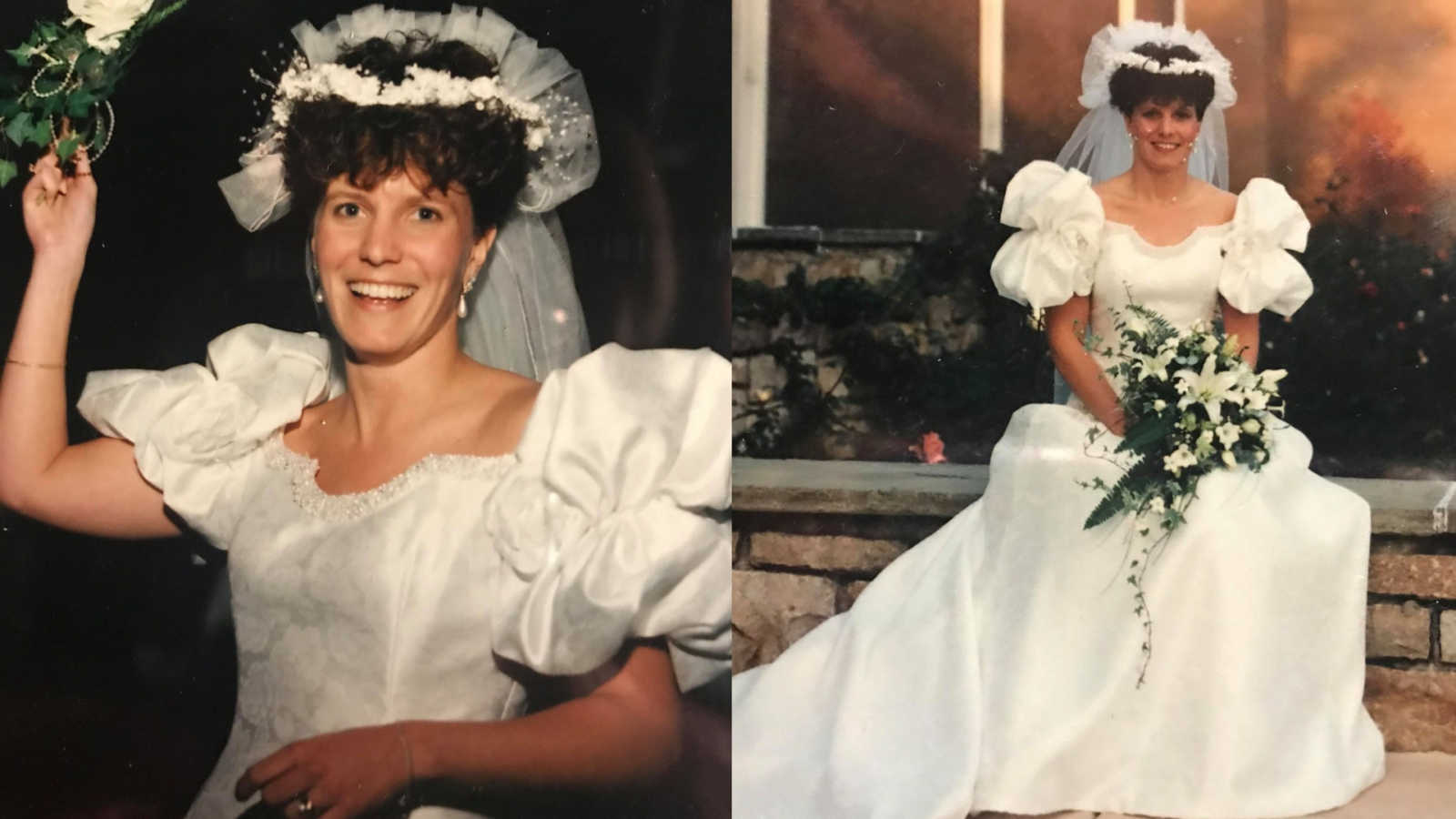 “This story is a continuation of me reminiscing about my life and the part where I’ve been married 4 times. For some crazy reason I’m sharing it with you. Maybe it’s because I’m older and more mature (I am older but I don’t think it’s the maturity part). Maybe it’s because I like hearing other people’s stories, especially when they have screwed up and somehow they live through it, talk about it, share it, and even laugh about it. I really like those kind of people! Let’s do this. Marriage #2.

After my first marriage, which lasted 11 years from age 18 – 29, and produced two beautiful daughters and ended sadly in divorce, I became a single mom. I never planned to be a single mom, but I assume most of us don’t. I wasn’t looking to get married again. I had a full plate. Working full time and raising my girls, and maintaining a house took up most of my time. Also, my ex-husband had the girls every other weekend. That left me with having approximately 4 days a month free to myself. That doesn’t leave much time to have a relationship with someone. During this time the one thing I was, was broke. We ate a lot of spaghetti, eggs, pancakes and ramen noodles. My girls still joke about those days. It was a struggle when there wasn’t any money left to do much of anything. But what we did have was a house filled with love and laughter, so we did OK.

About 2 years after my divorce I met someone. Not planned – it just happened. I needed to have some work done on my car and stopped by the shop and there he was. We started talking and talking and talking. He was sweet, and it was nice to be flirting with someone again. I think he asked me out to dinner that day or soon after. We started spending some of those 4 days a month I had to spare doing things together. It was nice having someone in my life again. Eventually I had him meet my girls and he was great with them and treated them like his own. He took care of us. That’s an important line! As I mentioned, I was broke. He was not. He took us places. He drove a nice car. He treated us to things we couldn’t afford. Now I’m not particularly proud of this, but not being broke was so much nicer than being broke. I was falling in love with not having the financial stress in my life and having someone that loved my girls and seemed to love me too.

I had decided after my first marriage ended I didn’t really need to be in love with anyone ever again. I mean I wanted to like someone a lot, but never needed to love again. I realized early on this was not a relationship where the sparks were flying and that was fine with me. I feared if there were sparks they would be more likely to burn out over time. I was content going along the way we were, in fact I preferred it. Life was good. Then one night about a year into hanging out together, he poured me a glass of wine and I took a sip and saw something in the bottom of my glass. No…  It can’t be what I think it is.  Can I keep drinking and pretend I don’t see it? I took a few more slow sips to think about the shiny sphere in the bottom of my glass. He sat anxiously beside me, waiting. I took tiny, baby sips, with my eyes closed. Finally I had to react. ‘What is this?,’ as I reached in and pulled out a beautiful solitaire diamond ring. I have to admit – I wanted to put it on – it was beautiful. As I slipped it on my finger I realized there was a question to be answered as soon as I took a moment to look up and look at him. I looked at the stunning ring on my finger and I did it – I said, ‘Yes.’ And just like that, I was engaged. I thought about the food in the cupboards, the nice car, the trips, the fact I really did like him a lot and once again, he loved us – all of us. Sure, why not?! Let’s get married.

As you may or may not remember from my first marriage – I was married at 18 in a mission in Florida with about 8 or 9 people there wearing a sundress. I started thinking – I could actually have a real wedding. Let the wedding plans begin! And planning I did. I said yes to the dress with amazing sleeves that looked like beautiful poofs of marshmallows (it was the style back then – I swear). I ordered a cake with a couple tiers and even a fountain underneath the tier held up by columns. I had 6 bridesmaids, 2 junior bridesmaids (my daughters), a flower girl, a ring bearer. There was a soloist, a flutist, a pianist, an organist, a harp playing at the reception. I invited friends from the Netherlands and Japan and they came. I had it all. It was a fairy tale wedding that should have been the beginning of a wonderful marriage… It didn’t take long for me to take a deep breath after the glitter settled and wonder what the heck I just did.

I mean, I really liked him a lot. I honestly thought that would be enough. As the months went by I couldn’t get past the fact that I had done something awful. I had taken someone that loved me and my girls and I wasn’t honest with him, or with myself. I never told him I like him a lot, I actually told him I loved him. I got caught up in my life being easy and thought that would fill the holes the love wasn’t filling. I was wrong. I knew I had made a mistake and in all fairness to him, I knew I had to tell him so he could move on and find someone that loved him the way he should be loved.

Nine months after I said I do, again, we went to dinner. After a quiet dinner I asked him to go for a walk with me. Between the silence through our meal and now the request to go for a walk he knew something was wrong. We sat on a bench and I tried to make the words come out that might possibly make sense, and there were none. I’m not sure what I said but I am pretty sure the only ones he heard were the ones when I said, ‘I don’t love you.’ He didn’t say much. What do you say after someone utters those words? We went home and he started to pack his things.

That’s not the end. Remember that beautiful wedding with all the extras? Now I had to figure out how to sit down with my parents and mention that 9 months after that glorious day, I made a mistake. I really wasn’t in love but thank you so much for the amazing wedding. You will be able to save a little money by not ordering any of the wedding photos from that day if that helps any. That went over like a lead balloon. Nothing like having to watch the disappointment on your parent’s faces to make you feel lower than you thought was possible. I would see that disappointment a few more times on their faces as the years went by. Each time hoping they would hang in there with me so one day they could rejoice in the fact I finally got my sh*t together. I think I’m almost there!

Life moved on. He found someone, got remarried and had two children. I took a break from men for awhile and the kids and I went back to our previous menu of eggs, noodles and pancakes. Somehow my kids survived it all and seemed to bounce back and not hold a grudge about having to find free things to do for fun. A few years of single life rolled by with a few dates thrown in occasionally. After each, I would swear to my best friend I was never going to marry again. She made me shake on it – actually, I think we drank on it. Either way, I was committed to living a single life. Then, one weekend, about 5 years later, we took a girls trip to the shore…

This story was submitted to Love What Matters by Becky G. Submit your own story here, and be sure to subscribe to our best love stories in our free newsletter here.

‘I’ve been married 4 times. Yes, you read that right, 4 times. I met my first husband when I was in 8th grade. I asked her who ‘he’ was. She said it was my cousin.’