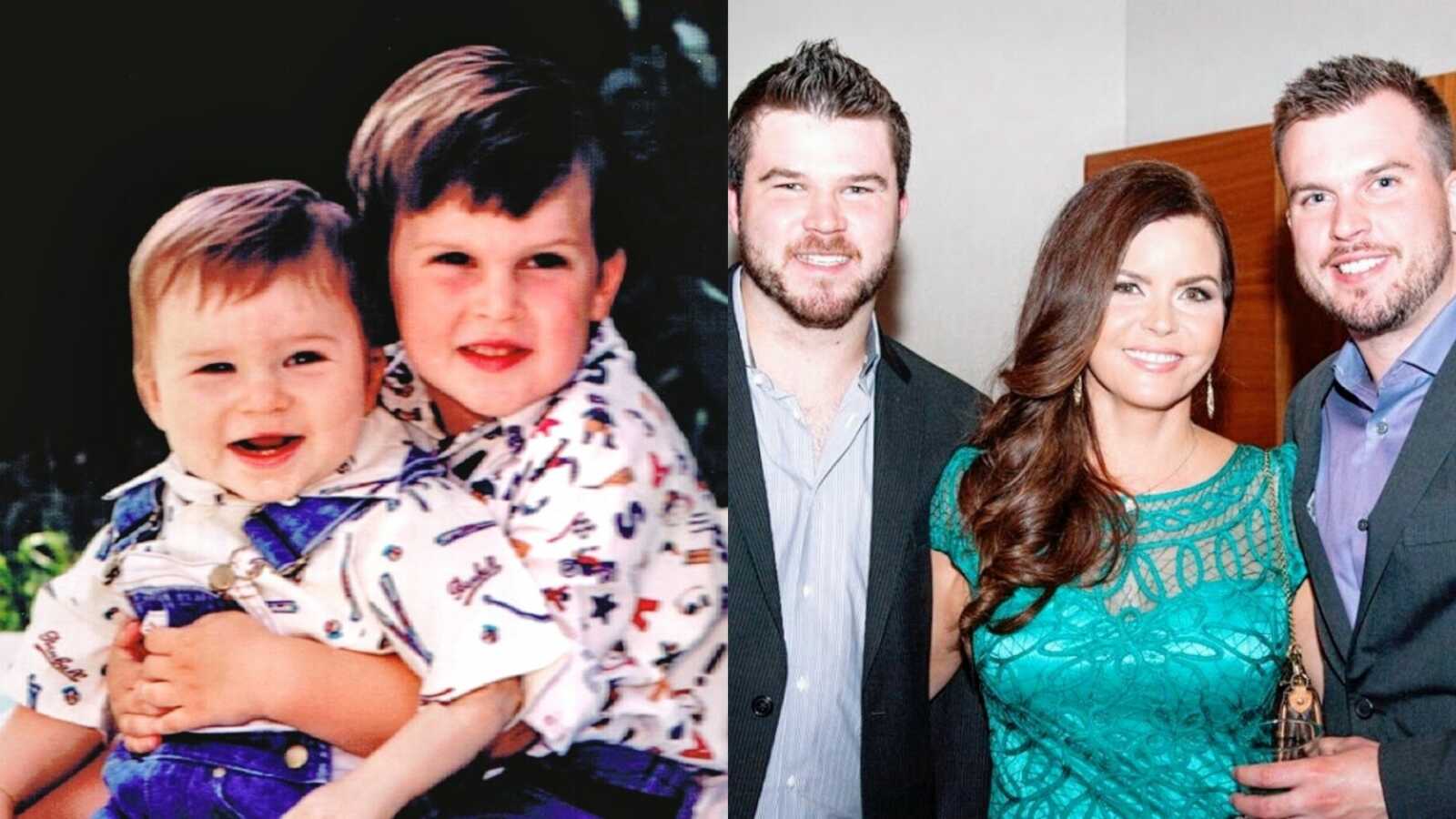 “‘How will I teach him to tie his shoelaces?’ During those initial chaotic moments in the delivery room, that was my first coherent thought.

His due date was July 1—Canada Day—but, fittingly, he arrived instead on the Fourth of July. Independence Day.

‘He will be fitted with a prosthesis, and that will help him manage,’ the doctor told me. My head was drowning in a sea of information and my heart was flooding from a tsunami of emotions.

‘Pros-thee-sis?’ I slowly repeated as I attempted to wake myself up from what must be a dream.

So we named him Jamieson, which means ‘son of James,’ a tribute to the man I never knew existed before that afternoon in 1993: Major League Pitcher, Jim Abbott. He was born with no right hand, and he was my new hero.

It’s called ‘Amniotic Band Syndrome.’ The fetus becomes entangled in fibrous amniotic bands in the womb, which restricts blood flow and can affect the baby’s development. All I knew is that my sweet boy with his wise and serious eyes was born missing most of his left arm and hand.

My body had already failed him, and I was terrified I would too. I had no idea how I would teach him to do all those things a mother is supposed to teach their child. Things I was able to teach Jamieson’s older brother, Iain, with ease.

One afternoon, as I cradled my newborn and stared at the ‘Welcome to Holland’ story that was taped to my refrigerator, I turned to my dad and asked, ‘Why me?’ And he simply replied, ‘Why not you?’

At three months, Jamieson was fitted with a prosthesis. We called it his ‘special arm,’ and we attached it every morning to his ‘little arm.’ He adapted well, and on his first birthday, he graduated to a myoelectric arm/hand, which he was able to open and close by flexing the muscles in his little arm.

A few birthdays later, the voice of my incessantly chatty youngest son squeaked from the backseat while waiting for our McDonald’s order, ‘Mommy, can you give me one of your arms so I can have two real ones like all my friends at daycare?’

After my sorry attempt to gulp back tears and explain that while I would give him my arm in a heartbeat, it was not medically possible to attach it to him. His reply would be my first lesson.

One day when picking him up from senior kindergarten, one of the other mothers approached me. ‘Oh my god, my son told me what happened to Jamieson’s arm! I’m so sorry. I had no idea!’ she said with concerned sympathy. ‘You must have been horrified. I mean who would think an alligator could just jump out of nowhere and take his arm like that!’

Turns out that story we told him about ‘God making him this way’ was a bit too boring for our comical son.

In grade one, he announced he was chosen to be Santa in the annual Christmas concert. There he was, front and center, with his fake white beard and floppy red hat, dancing and singing his little heart out. Afterward, I thanked his teacher for choosing him to play such an important role. She said, ‘It was easy—Jamieson was the only kid in the class who would do the arm movements we choreographed!’

My heart was bursting with pride and I wondered with amazement what I did to deserve this gift I called Jamieson. ‘Why me?’ indeed.

I am Canadian, but this is the 28th year I will celebrate Independence Day—granted a little differently than my American friends. I celebrate the baby who became a boy and is now a man. A very independent man who has inspired me to live with a grateful heart, to laugh with abundance, and to persevere through adversity.

I never did teach him how to tie his shoelaces. In fact, I didn’t really teach him much at all.

Because, as it turns out, I was the student.”

This story was submitted to Love What Matters by Linda Stuart. You can follow her journey on Instagram, Facebook, and LinkedIn. Be sure to subscribe to our free email newsletter for our best stories.

Read more inspiring stories of those with limb differences: